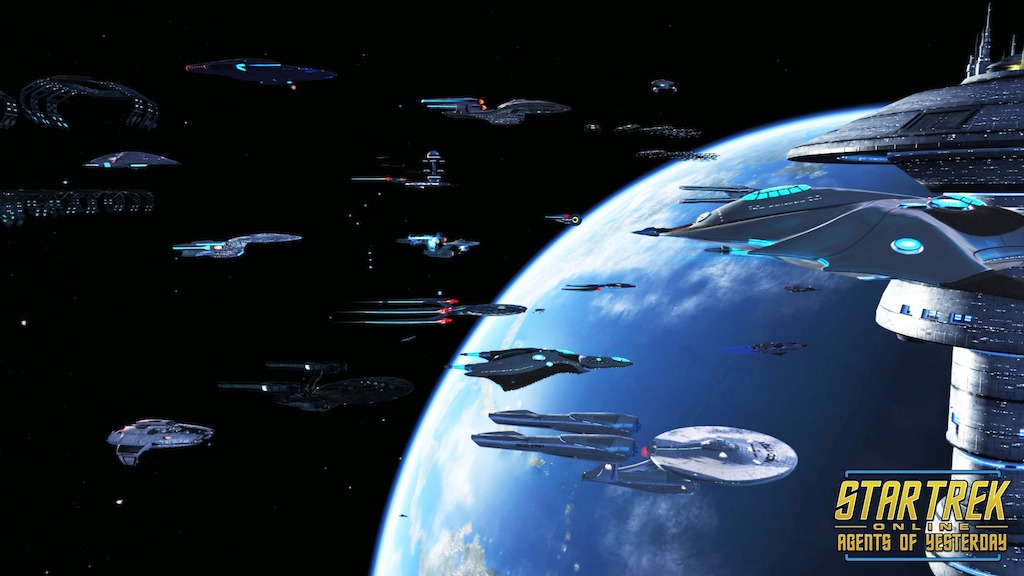 Agents of Yesterday sends players on a mission to save the future by protecting the past. The expansion allows players to create a brand-new Captain from Star Trek: The Original Series, the quintessential television show that gave way to one of the most popular science-fiction franchises of all time. Captains can explore planets taken directly from the show, while commanding one of several 23rd Century starships, including the classic Enterprise, Constitution-class starship and many other designs inspired by the classic aesthetic. All of the Star Trek timelines and universes collide when enemies threaten to destroy the past, calling for the recruitment of Star Trek Online’s bravest to become Temporal Agents and defend our very existence.

Star Trek Online is a free-to-play massively multiplayer online game where players can pioneer their own destiny as Captain of a Federation starship, become a Klingon Warrior and champion the Empire through the far reaches of the galaxy, or rebuild the Romulan legacy as the commander of a Romulan Republic Warbird. In Star Trek Online players have the opportunity to visit iconic locations from the popular Star Trek universe, reach out to unexplored star systems and make contact with new alien species. Star Trek Online is currently available on PC and will launch on PlayStation®4 and Xbox One in fall 2016.