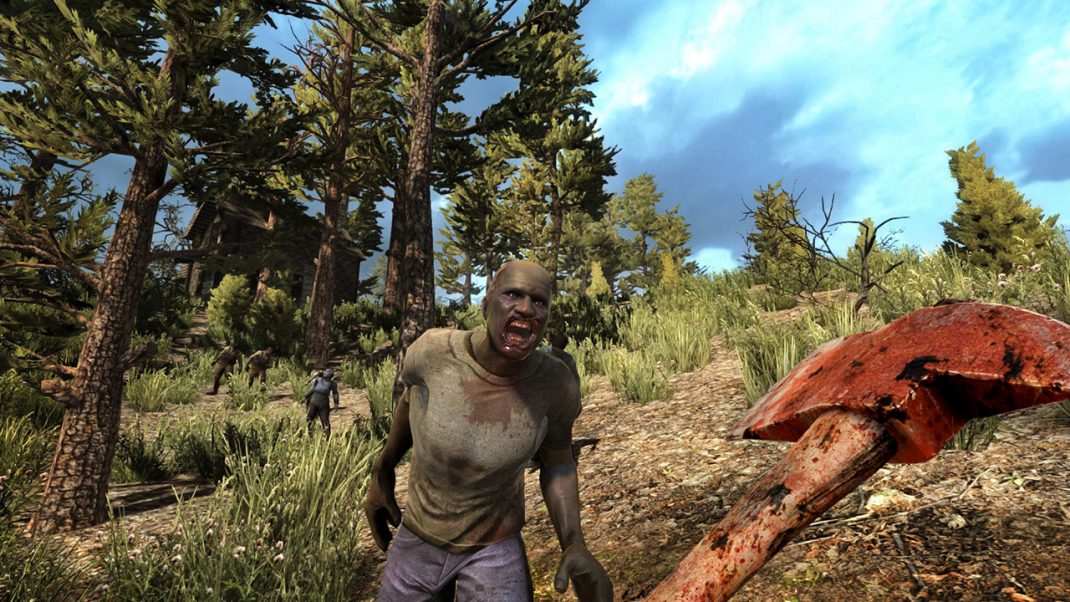 SAN RAFAEL, Calif., and Dallas, TX, June 28th, 2016 — Telltale Publishing today announced the release of hit survival horde crafting game 7 Days to Die on PlayStation 4 and Xbox One for the first time, as a digital, and a retail product in collaboration with the Dallas-based independent developer, The Fun Pimps.

Set in a brutally unforgiving post-apocalyptic world overrun by the undead, 7 Days to Die is an open-world survival game that is a unique combination of first person shooter, survival horror, tower defense, and role-playing games. It presents combat, crafting, looting, mining, exploration, and character growth, in a way that has seen a rapturous response from fans worldwide, generating hundreds of thousands of hours of community content on YouTube and other streaming video platforms.

“7 Days to Die has already proven to be wildly popular with over 1.5 million PC users worldwide, and we’re thrilled to be expanding this unique take on the survival genre to console players everywhere,” said Steve Allison, SVP Publishing at Telltale, Inc. “The Fun Pimps have created something special with this title. The way the game seamlessly combines elements from disparate yet complementary genres, it all comes together in a challenging, terrifying, and above all, enormously fun experience – one that we’re incredibly excited to bring to a whole new audience on consoles.”

“We’re still astounded and humbled by the amazingly positive reaction 7 Days to Die has received from Steam Early Access users on PC,” said Rick Huenink, Co-Founder of The Fun Pimps. “Working with Telltale Publishing to bring the game to even more players on Xbox One and PlayStation 4 has been fantastic. We’ve added some special features just for this console release, and beyond launch, we have some exciting DLC already in the works that we hope console players are going to love.”