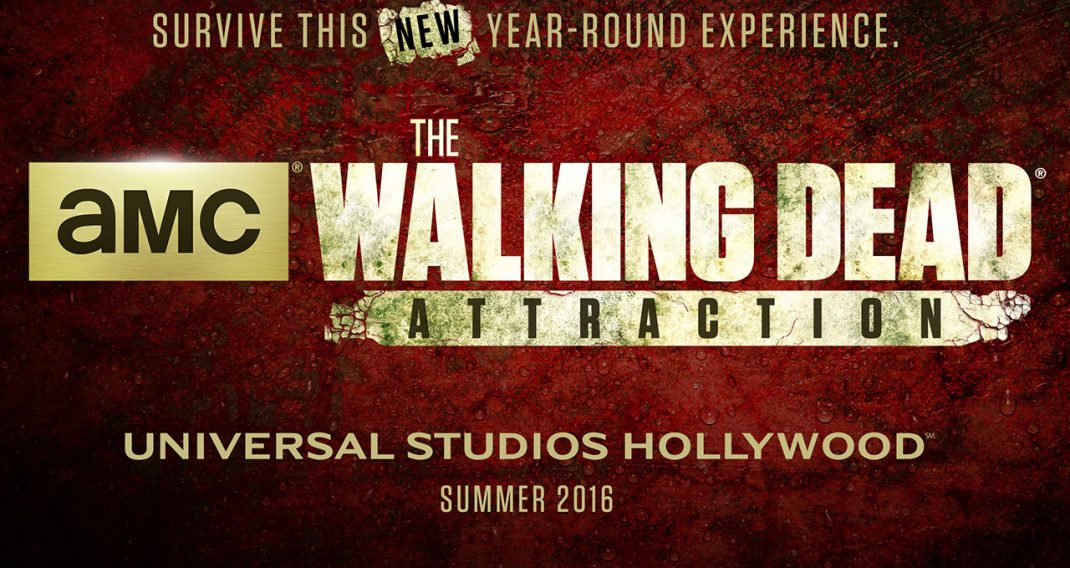 June 24, 2016 – As we near the July 4th opening of “The Walking Dead” attraction at Universal Studios Hollywood, we’re excited to share another behind-the-scenes video featuring Greg Nicotero, executive producer and director of AMC’s hit-show “The Walking Dead.”

Universal Studios Hollywood recruited Executive Producer and Director of AMC’s “The Walking Dead” and actors who portray Walkers on the hit television series to lead “Walker Boot Camp” as the theme park continues its preparation for the July 4th opening of its all-new permanent daytime attraction, inspired by AMC’s “The Walking Dead.”

Nicotero and “real” walkers lead the “Walker Boot Camp” as they put a cast of actors through the rigors of how to be a walker– move like a walker, stalk prey like a walker, walk like a walker and remain in character like a walker.  Every walker nuance was exposed from proper body posture to the juxtaposition of predator versus prey.