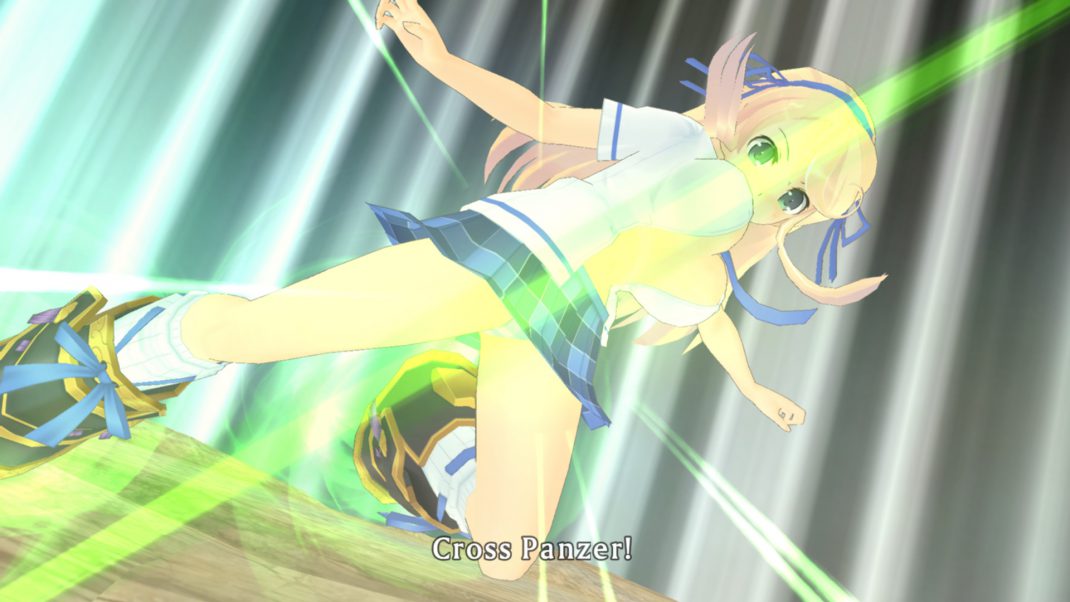 Japanese culture has always been unique in its development and tastes but some of the most well known ways are those that gamers experience.  In particular would be the fighting games which have developed so much respect over the years that they are often only partially dubbed and instead are subtitled in sections where the beauty of the language can be appreciated.  This is also found in Japanese animation which is known for it’s uniqueness and sometimes naughty or risque nature which then bleeds over to the video games which are often based of the animated or printed works.  So one form of expression effects the other and keeps circling until sometimes it hits a spot where folks stop and say “wait a minute… that isn’t very PC” like in the occasion of Senran Kagura Sinovi Versus. 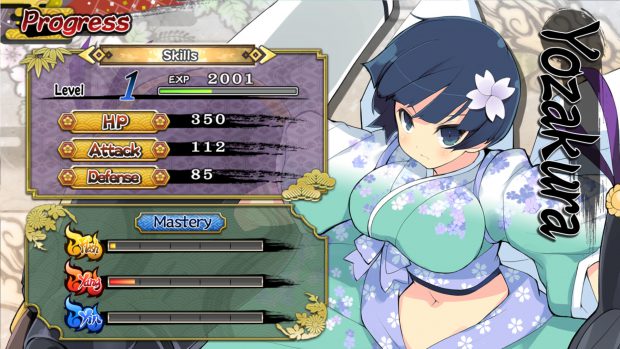 Hands On… err Game On:

You may have heard of this game, well seen it in writing, hearing it is kind of hard to understand to most folks in the U.S. but you may have in the right group of friends.  It is the immediate sequel to Senran Kagura Burst which, once again, in the right circles you may know as the tales about warring shinobi hidden in girls’ academies across Japan as well as mercenary strike teams all composed of “buxom ninja girls”.  They do battle not so much to save their lives but rather to stay clothed as each section of health dropped takes a piece of clothing with it.  You don’t go down to visual full naughty bits but a couple of band-aids over the tips of jiggling top section and what I would guess to be a micro-panty covering the front lower section or a light flash might be considered a bit exposing and less than PC.  All “in HD and silky smooth 60fps on Windows”.  There are different outfits from undergarments to powerup special garments to be unlocked and used over 20 different characters giving lots sexy fun to be had. 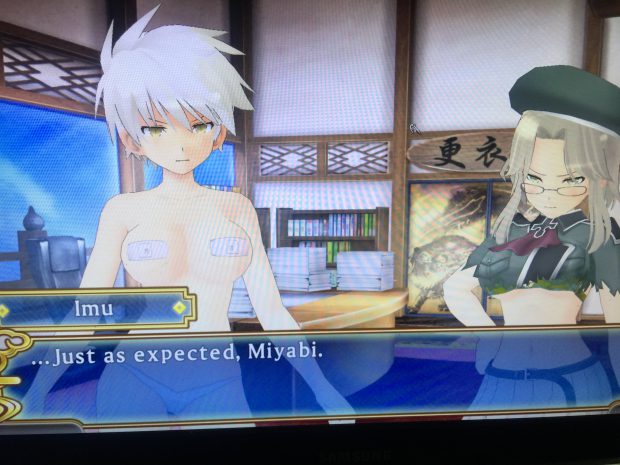 Now there are people who the above would be all it would take for them to say game over, give me a different title.  The pros and cons about are valid and not what I’m here to debate.  I’m a game reviewer, I am giving you all the information you will need to decide if a game is for you or perhaps a family member.  There is no true nudity but it comes close and the girls are mostly the school girl archetype that get stripped down.

With that handled let’s get into gameplay.  As you fight you level and with each level you can unlock more attacks and combos as well as purchasing more clothing styles.  Clothing styles that are unlocked are cosmetic but make the game more interesting.  The weapons that can be unlocked and purchased however do add to gameplay so it is good to keep an eye out for those. 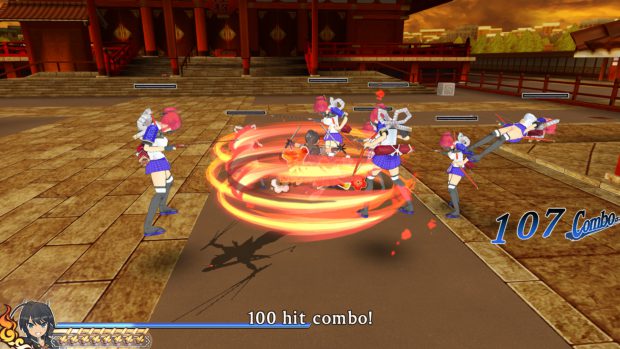 It is 3D brawler gameplay with mid-air combos and some silly, fun special attacks that I won’t spoil here.  There are 20+ fighters all have their own weapons, attack styles, combos and special attack.  The game was originally released on the PS Vita so now this version has the advantage of all the DLC that came down on that platform included in it.  Clothing comes off as a damage indicator much like in other games which would have had a large cut that would be bleeding.  In a sense this game gives you an option to gratuitous blood and violence by having sexuality instead, though our society is generally known to be more tolerable of violence over sexuality as we witness on television.  I forgot the clothing was even coming off and was concentrating on health meters for when to use a special health boost or when a special attack was ready.  Bystanders watching you play the game probably get the most from the clothing flying off.

The game has four different story narratives for the four different groups making it interesting to approach from each view and know why they are willing to go into a battle where the costs are the loser has their school burned to the ground.  One of them is rather disturbing, made to be funny no doubt but would be a crime in our country and I can understand why they wanted to fight.  This game uses its storylines to point out that even good can be a shade of gray. 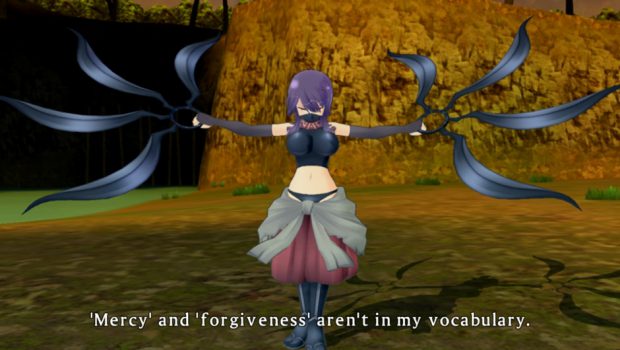 Beside the single player campaign there is also 4-person multiplayer online in classic Death Match, Strip Battle to unclothe your opponents, and Understorm, a race to grab the most falling undergarments from the sky.  The first two are pretty obvious and standard but the Understorm was pretty funny, I found myself laughing pretty good during that one.  It was nice to have one where you are almost doing an odd Easter egg hunt.

There is only one real complaint I have about the game but some people will find it a pretty decent one.  The game is a direct port and very obviously so.  All tips and instructions are given for a controller and trying to train let alone fight on the keyboard is miserable.  So I grabbed my Xbox 360 controller and plugged it in and the game played fantastically.  Some hardcore PC fans just hate to use a controller and for them you can remap the controls to suit your needs.  I found plugging in a controller to be a far easier and just as satisfying game play. 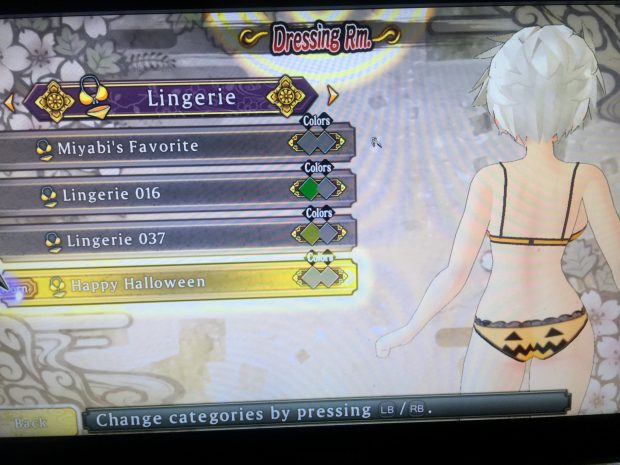 Senran Kagura Shinovi Versus is a great game with solid brawling, fun combos, and all around nice action.  It has plenty of playtime from plenty of point of views as well as online gameplay to keep it always fresh.  It is also not a “PC” game and is loaded with gratuitous jiggling, near nudity, and lots and lots of panties which may upset some players.  For those that don’t mind a bit of naughty bust out your controller and give it a play.