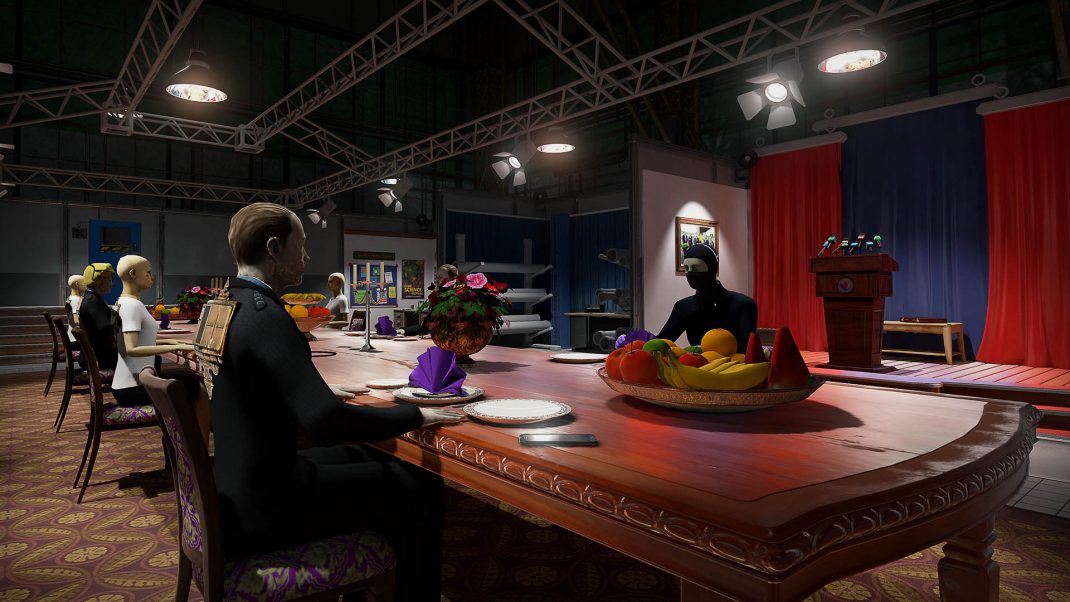 June 10, 2016 – – How far would you go to make a life changing scientific breakthrough? That’s the morally challenging question we explore in the third and final installment of our video series about the making of The Assembly.

In the video below, we take you behind the scenes of our upcoming VR game and reveal how we developed its thought-provoking story.

Join Senior Designer Jackie Tetley as we take you through the decisions we took to create the game’s complex characters. We also explain how we crafted a gripping narrative to drive you all the way through the game to one of several surprising conclusions.

Today, we’re also thrilled to announce the game’s cast of voice actors. Our two protagonists, Madeleine Stone and Cal Pearson are played by Camilla Power and Matt Rippy respectively. Christy Meyer plays Cal’s intellectual rival Elizabeth Chevez, who is also overseeing Madeline’s initiation into the Assembly. Joining them as Cal’s close friend and junior associate Anton is Will Harrison-Wallace, while Vincent Brimble takes on the role of the Assembly’s elusive Director.

Along with the BTS video, I’ll also have a media blast to share with full details about the game’s voice cast to help make the BTS video’s wide release a little bit more newsworthy.initial details for the main cast below:

In addition, we’re pleased to confirm that The Assembly will feature fully localised voice acting in French and German.

You can find out more about the themes that lie at the heart of The Assembly’s interactive story and the source of our inspiration by following this link: Building the Foundations of The Assembly.

We’re here for you, virtually

If you have any questions about The Assembly, feel free to send us a message via The Assembly‘s Facebook page or tweet us with the hashtag #TheAssemblyVR.

You can also find nDreams on Facebook, reach us via our dedicated subreddit, find more videos on YouTube and check out the game’s board on Pinterest for more screenshots.