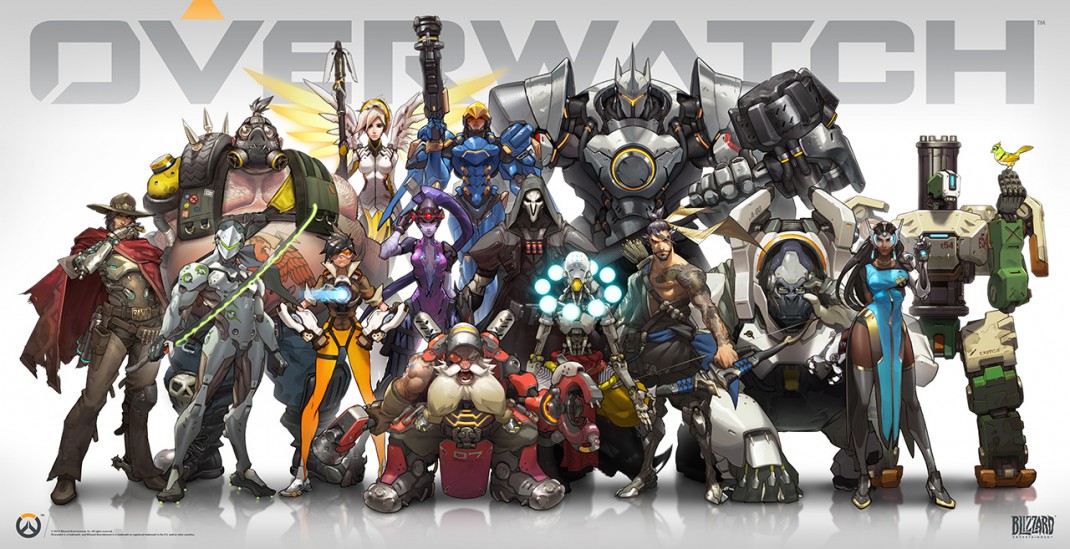 IRVINE, Calif.—June 2, 2016—The world needs heroes, and citizens from London to Xi’an to Rio de Janeiro are rising to the occasion to join the ranks of Overwatch®! Blizzard Entertainment’s critically acclaimed team shooter launched worldwide on PlayStation®4, Xbox One, and Windows PC on May 24, and since then more than 7 million players have fought for the future in Overwatch, logging more than 119 million hours combined in one of the most successful global game launches of all time—and the battle is just getting started.*

“Over the months and weeks leading up to release we saw a lot of love and support for Overwatch—from Blizzard gamers, FPS fans, and people who’d never picked up a game like this before—and we’re very grateful for everyone’s incredible passion and enthusiasm,” said Mike Morhaime, CEO and cofounder of Blizzard Entertainment. “We poured a lot of effort into creating a game—and a new universe—that anyone could enjoy. We’re ecstatic to have had such a successful launch, and we’re looking forward to all of the fun, competition, and new content still to come.”

Since launch, players have swapped heroes 326 million times and teamed up to deliver 11 million payloads to their destinations on the battlefields of tomorrow. In addition to being a smash with players around the world, Overwatch is a critical hit, and is one of the best-reviewed games of the year. GameSpot has called Overwatch “something spectacular,” while Forbes wrote that “Overwatch, quite simply, is a miracle” and that it’s “a game for everyone.” According to Game Informer, “Overwatch is an amazing experience,” concluding in its 10-out-of-10 review that “things will never be the same.”

Overwatch takes place on earth in the near future, where teams of soldiers, scientists, adventurers, and oddities clash for control of key locations around the world. The game features a diverse cast of 21 unique heroes—including Reinhardt, the noble knight from a bygone era; Zenyatta, the robotic monk in search of enlightenment; and Symmetra, the hard-light “architech” striving to build a better world—each armed with extraordinary weapons and incredible abilities. Across a variety of vibrant and intricately designed maps, players must work together to complete various objectives, swapping heroes to adapt to the ever-changing situation and combining their powers to unleash devastating combos.

Overwatch features a variety of game modes for shooter veterans and players new to the genre:

–          Quick Play automatically matches players with allies and opponents of a similar skill level—a quick and easy way to jump into the fight.

–          Play Vs. AI mode pits a team of human players against computer-controlled opponents, with multiple difficulty settings to choose from.

–          Custom Games allow teams of friends to tweak the game’s rules, including damage and healing modifiers and which heroes and maps are in play.

–          Weekly Brawl! offers up an unexpected challenge every week, like “Justice Rains from Above” (an aerial extravaganza starring rocket-powered Pharah and Mercy, the high-flying healer) and the intense “Arcade” brawl, which features more health, faster cooldowns, and quick respawns.

–          Training modes include a Tutorial that teaches players the ropes, a Practice Range where people can try their hand at heroes in a zero-pressure environment, and a Practice vs. AI mode where heroes can further hone their skills.

–          . . . And more to come: sometime after launch, players looking for the ultimate team challenge will be able to test their mettle, earn ranks, and show off their skill inCompetitive Play. Blizzard also plans to patch in new heroes and maps in the future at no additional cost.

As players compete in matches—win or lose—they’ll level up and earn Loot Boxes, each containing a combination of four items players can use to customize their heroes, including in-game credits and cosmetic goodies including skins, sprays, voice lines, and new animations. Among these items are legendary skins that dramatically alter heroes’ appearances, such as the post-apocalyptic Scavenger D.Va, or Lone Wolf Hanzo, which fills Overwatch’s expert bowman with the spirit of the wild.

Windows PC, PS4™, and Xbox One gamers can join the fight for the future today by purchasing Overwatch: Origins Edition for a suggested retail price of $59.99 from www.playoverwatch.com/buy. Overwatch: Origins Edition comes with a collection of hero skins that provide players with insight into five characters’ pasts—Blackwatch Reyes (Reaper), Strike-Commander Morrison (Soldier: 76), Overgrown Bastion, Security Chief Pharah, and Slipstream Tracer—as well as a cache of goodies for several Blizzard Entertainment games, including glowing Mercy wings for Diablo® III, a Baby Winston pet for World of Warcraft®, a set of heroic StarCraft® II portraits, an Overwatch-themed Hearthstone® card back, and the playable Tracer hero for Heroes of the Storm®.†

Overwatch is also available in a limited-edition, retail-only Collector’s Edition (SRP $129.99, Windows/PS4™/Xbox One), which contains all of the content listed above along with a full-color visual sourcebook, the Overwatch soundtrack, and a high-quality collectible statue of Soldier: 76—the vigilante alter ego of former Overwatch commander Jack Morrison. Quantities are limited; players should check with their local retailer for availability. Windows PC gamers also have the option to download a digital PC edition ($39.99, digital only), which includes all 21 heroes and every map, providing players with the core Overwatchexperience.