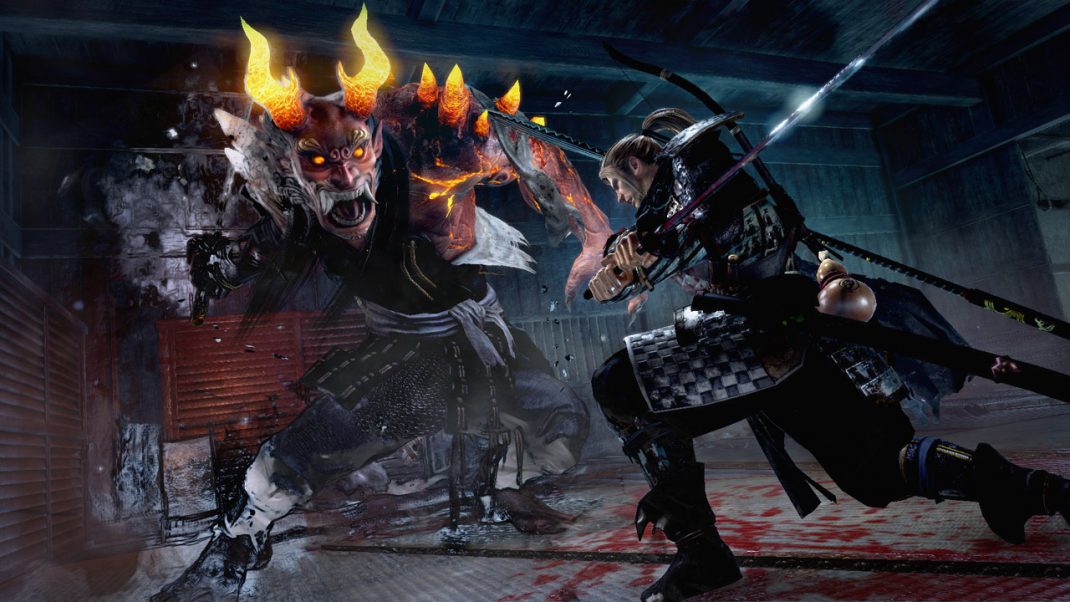 Koei Tecmo Brings Attack on Titan and Nioh to E3 2016

Burlingame, Calif. — May 24, 2016 — KOEI TECMO America today announced that it will be present at the Electronic Entertainment Expo (E3) 2016 at the LA Convention Center in Los Angeles, California from June 14th – June 16th. Two highly-anticipated upcoming titles pack a one-two punch for KOEI TECMO America at this year’s show: the dark samurai action RPG,Nioh, and high-octane, giant-slaying action game based on the anime by the same name, Attack on Titan. In addition, KOEI TECMO America will reveal an unannounced, top-secret title at the show, currently in development by Omega Force.

In development exclusively for the PlayStation®4 computer entertainment system, Nioh will be playable with compelling, never-before-seen content in addition to all of the offerings of its recent Alpha Demo. Attack on Titan will be playable on the PS4™ system for the first time in North America, and will make its worldwide debut for Xbox One, the all-in-one games and entertainment system from Microsoft. In addition to hands-on demos for the two titles, key members from KOEI TECMO Games and Team NINJA will be on-hand and accessible for scheduled media appointments.

“With an original IP from an extensive, all-star development team, and a Titan-sized action game based on the acclaimed anime, KOEI TECMO America is proud to demonstrate our continued commitment to bringing top notch gaming experiences to our fans,” said Amos Ip, Senior Vice President and General Manager of KOEI TECMO America. “We can’t wait for attendees to get their hands on two of this year’s biggest action titles, and we look forward to their reaction when we unveil an upcoming project that we’re incredibly excited to be working on.”

KOEI TECMO Games will be located in an upstairs meeting room in South Hall, #304B.

[PlayStation®4 / 2016] – In the dark, fantasy action RPG Nioh, players will traverse war-torn Japan as William, a blonde-haired swordsman whose background as a fierce warrior and seasoned knowledge of the blade allows him to survive in the demon-plagued land of the samurai. Players will face off against other samurai in epic sword battles and intense, multi-target engagements offering a level of difficulty that will truly test even the most hardened samurai’s skills, patience, and strategy. Nioh not only incorporates iconic elements from Japanese folklore such as samurai and supernatural creatures—the game also offers the exhilaration of an authentic samurai sword fight straight from Team NINJA. Nioh is guaranteed to challenge players in a way that makes every mission feel earned and their accomplishments worthwhile.

Nioh is headed to E3 with more of what everyone loved about the recent Alpha Demo on PlayStation 4: more high-intensity combat, new weapons, never before seen characters, deadlier enemies and a whole lot of challenging gameplay. All Alpha Demo content will be available for those who have never tried the title.

Scheduled for launch in 2016, Nioh is in development exclusively for the PS4™ system. For more news and information on Nioh, please visit the official website at http://teamninja-studio.com/nioh/us and Like Nioh on Facebook at www.facebook.com/Niohofficial. This title has not yet been rated by the ESRB, but a rating of “M for Mature” is expected.

[PlayStation®4, Xbox One, Steam®, PlayStation®Vita, PlayStation®3 / August 30, 2016] – An epic action game based on the anime by the same name, Attack on Titan incorporates the claustrophobic atmosphere and iconic, fast-paced battle action of one of the most celebrated new anime IPs of the last few years. Set in a land where three gigantic walls have been built around humanity’s only known settlements for protection from the towering, eerily human-like Titans, three young heroes Eren, Mikasa and Armin witness the end of 100 years of peace. Humanity is once again threatened after a massive Titan breaks down one of the outer walls, and the heroes must fight off and discover the mystery behind the invading creatures. Players will engage in high-flying, high-octane combat as they utilize the trademark Omni-Directional Mobility Gear and ultra-sharp blades to repel the fearsome Titans.

Playable on the PS4™ system for the first time in North America, and making its worldwide hands-on debut for Xbox One, Attack on Titan brings the most shocking, courageous and exhilarating moments of the world-renowned anime to life. Join the Scout Regiment and protect humanity from the Titans!

For more news and information on Attack on Titan, please visit the official website at www.koeitecmoamerica.com/attackontitan. This title has been rated “M for Mature” by the ESRB.