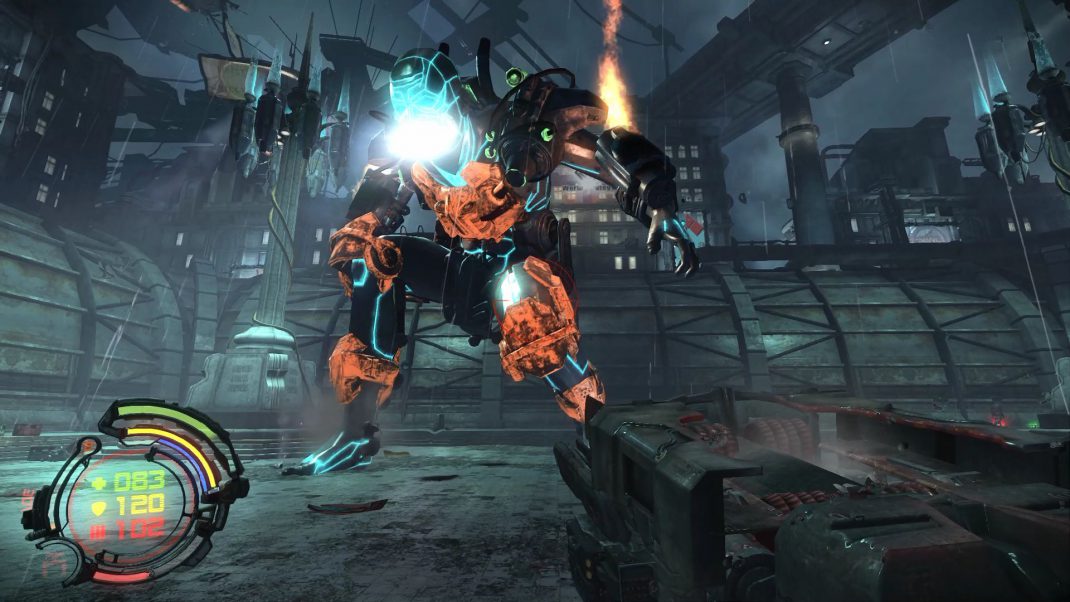 May 19, 2016 – Unapologetically over-the-top and forged from old-school brutality, a modern classic FPS returns to show the kids how it’s done. Hard Reset Redux is coming June 3 to PC, PS4, and Xbox One.

The world as we know it has ceased to exist. Surrounded by vast, hostile wastelands, the remnants of humankind’s dwindling population live within the closed city of Bezoar, but the walls have been breached. As a CLN soldier, you are all that stands between the hive mind machines of The Sanctuary and total extinction.