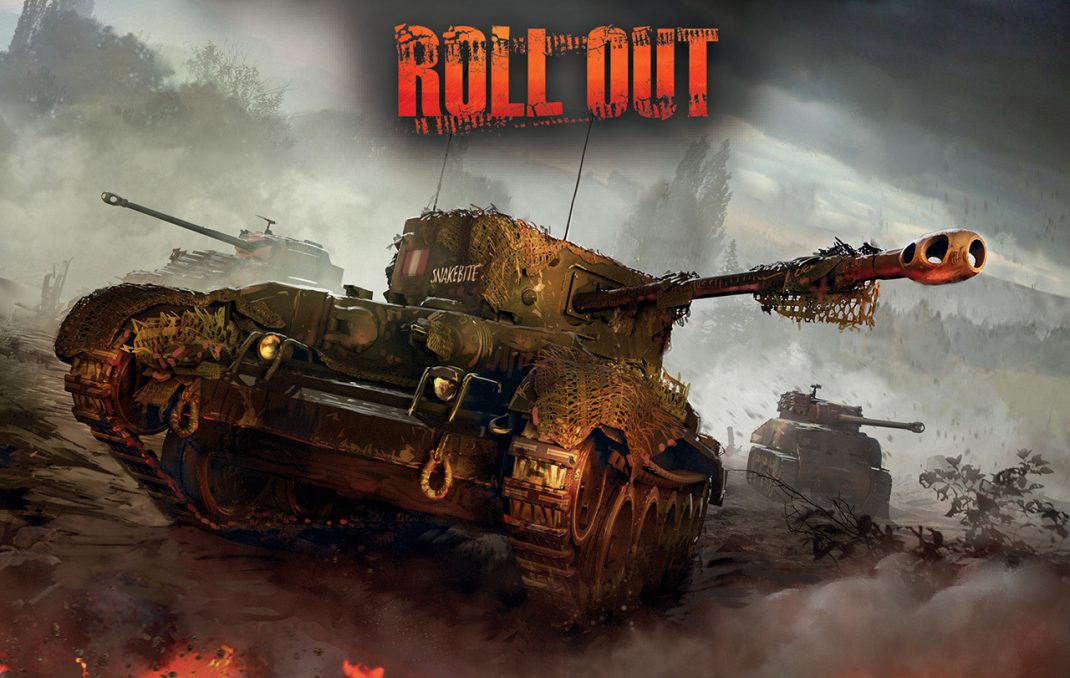 Emeryville, CA – April 25, 2016 – Wargaming, the award-winning online game developer and publisher of the globally successful World of Tanks combat series, today announced a partnership with comic book publisher Dark Horse Comics. This agreement will see the creation and publication of the “World of Tanks: Roll Out!” comic book series inspired by the hit video game with over 120 million registered players globally. “World of Tanks: Roll Out!” will be a five issue series, rolling into comic book stores across the US and European territories and digital distribution in the fall of 2016.

“World of Tanks: Roll Out!” will be written by fan-favorite Garth Ennis (Preacher, War Stories, The Punisher), who brings a unique, historically-informed approach to tell a hard-hitting war tale focused on the daring tank crews of  World War II. The legendary Carlos Ezquerra (Judge Dredd, Strontium Dog, War Stories Vol. 2) will bring his decades of skill to depict the tanks of WWII and the men who commanded them. Covers will be gorgeously illustrated by Isaac Hannaford (HALO: Reach,The Punisher) and will burst with all the intense tank-on-tank combat to be found in the pages of “World of Tanks: Roll Out!”

World of Tanks: Roll Out!” is set during the tank battles of the summer 1944, featuring British versus German armored units in post D-Day Normandy. It’s the German Panthers vs. British Cromwells, as the British tankers push deeper into France and toward the might of the Germans.

“World of Tanks: Roll Out!” comic issue #1 will be available digitally in the fall of 2016 in comic book shops across North America and Europe, and will follow a monthly cadence of release for five issues of brutal tank combat.

World of Tanks (PC, Xbox One, PS4 and Mobile) is the first free-to-play massively multiplayer online action game dedicated to armored warfare. With hundreds of vehicles from a variety of countries at your disposal, the path to victory is achieved through team work, strategy and expert combat skill.

About Wargaming
Wargaming is an award-winning online game developer and publisher and one of the leaders in the free-to-play MMO market. Founded as a privately held company in 1998, Wargaming has shipped more than 15 titles. Currently, Wargaming is focused on its team-based MMO war series dedicated to the mid-20th century warfare that will include the armored World of Tanks, the flight combat World of Warplanes, and the naval World of Warships. The three intertwined titles will form a common gaming universe integrated within the portal www.wargaming.net.

About Dark Horse
For 30 years, Dark Horse Comics has proven to be a solid example of how integrity and innovation can help broaden a unique storytelling medium and establish a small, homegrown company as an industry giant. Founded in 1986 by Mike Richardson, the company is known for the progressive and creator-friendly atmosphere it provides for writers and artists. In addition to publishing comics from top talent, such as Eric Powell, Mike Mignola, Geof Darrow, Brian Wood, Gail Simone, Stan Sakai, and Guillermo del Toro, and comics legends, such as Will Eisner, Milo Manara, Kazuo Koike, Neil Gaiman and Frank Miller, Dark Horse has developed its own successful properties, such as The Mask, Ghost, X and Barb Wire. Its successful line of comics, manga and products based on popular properties includes Dragon Age, Buffy the Vampire Slayer, Aliens, Conan, Tomb Raider, Halo, The Witcher, Serenity, Game of Thrones, and Avatar: The Last Airbender. Today Dark Horse Comics is the largest independent comic book publisher in the US and is recognized as one of the world’s leading entertainment publishers.