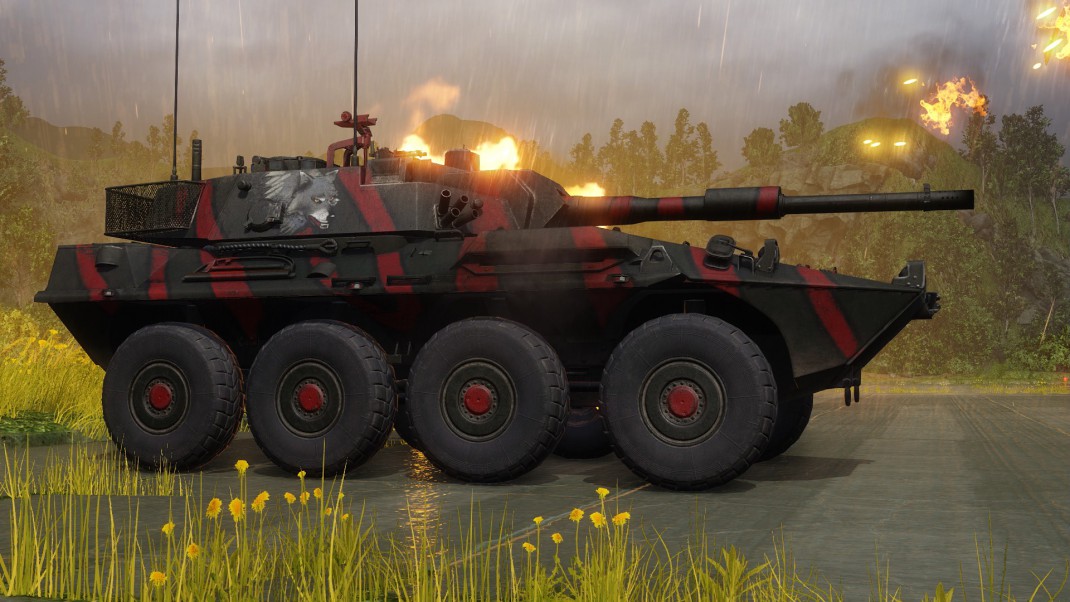 Amsterdam, The Netherlands – March 29, 2016 – Developer Obsidian Entertainment and global publisher My.com present the special edition Wolf Pack vehicles, featuring four of the most renowned steel machines of destruction. These unique vehicles will tear enemies to shreds and are available in celebration of Armored Warfare’s latest update 0.14.

Armored Warfare’s Wolf Pack vehicles feature a unique look (bloodthirsty red stripes on deep black with Wolf’s emblem), created especially for this limited time offer. On top of the awe inspiring graphics, these vehicles come fully upgraded with maximum level crews and premium status. The pack containing the Centauro 120, Challenger 1, BMD-2, and Wiesel 1 will go on sale as part of the coming update and will be available for purchase individually.

More details on the new Wolf Pack for Armored Warfare can be found HERE: aw.my.com/us/news/general/introducing-wolf-edition-vehicles