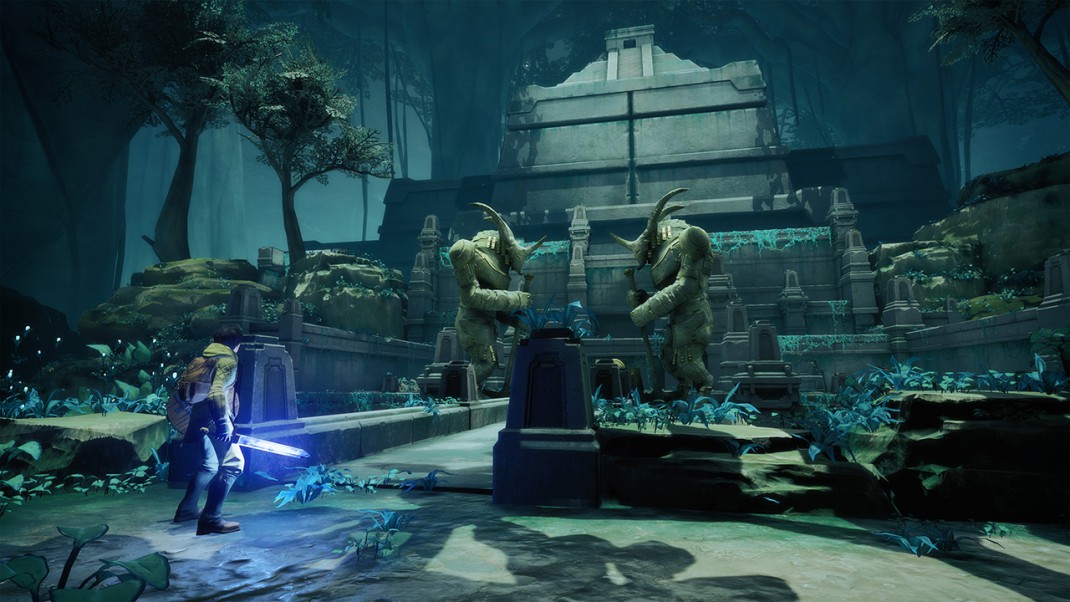 AUSTIN, TX, March 16, 2016 – Gunfire Games, a leading independent developer of video games, announced today that Chronos, their Virtual reality role-playing game available only on Oculus, has gone gold and will be ready for launch March 28.

In a recent tweet, Oculus Founder Palmer Luckey (@palmerluckey) said of the game: “Chronos is like OG LOZ on VR steroids, it has more depth than almost any other VR game at this point.”

“It feels great to finally be here, so close to the finish line,” said David Adams, President of Gunfire Games.  “It’s awesome to work on a launch title for exciting new hardware like Rift and to be part of such a huge launch.  We can’t wait for March 28 to arrive so players can get their hands on both Rift and Chronos.”

Pick up your headset and jump into the world Gunfire Games has created in Chronos. Chronos is an atmospheric RPG that chronicles a hero’s lifelong quest to save their homeland from a great evil. Grow wiser, stronger and more powerful as you explore the depths of the mysterious labyrinth. But beware, it takes a heavy toll – each time your hero dies, they lose a year of their life!