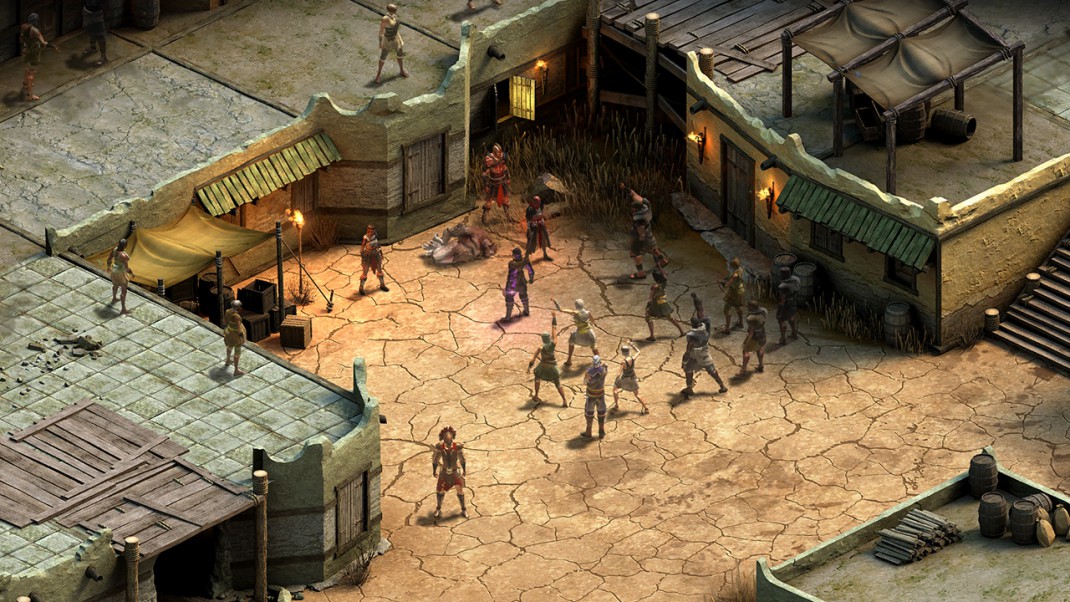 IRVINE, Calif. and STOCKHOLM – Mar. 15, 2016 — Obsidian Entertainment and Paradox Interactive today announced Tyranny, a brand-new role-playing game (RPG) coming to Windows, Mac, and Linux PCs. Tyranny, designed and developed by the studio behind award-winning titles such as Pillars of Eternity, Fallout: New Vegas, and Star Wars: Knights of the Old Republic II, introduces players to an original fantasy world where a brutal clash between good and evil has taken place – and evil emerged triumphant. A nonlinear story challenges players to find their role within the dominant empire and live with the outcomes of difficult, morally unclear decisions.

“Four years ago, we hoped the world wanted to be reacquainted with classic, story-rich RPGs. As it turned out, the answer to that was an emphatic ‘yes,’” said Feargus Urquhart, CEO of Obsidian Entertainment. “Since then, there’s been a renaissance in RPGs thanks to games like Pillars of Eternity, Wasteland 2, Divinity: Original Sin and others. What’s incredible is that we’ve been able to continue evolving the types of RPGs we make since Obsidian was founded in 2003. With Tyranny, we love the twist we’ve put on the world which started with the premise ‘What if evil already won?’ Coupled with that is our ongoing dedication to giving our players games full of choice and consequence. Games they can play not just once, but many times.”

In Tyranny, the grand war between good and evil is over – and the forces of evil, led by Kyros the Overlord, have won. The Overlord’s merciless armies dominate the face of the world, and its denizens must find their new roles within the war-torn realm. Players interact with the populace to inspire loyalty, disgust, or fear as they roam the world as an officer in Kyros’ forces, empowered to act as both judge and executioner.

“In Obsidian, we’ve identified a partner whose development and design ideals are a perfect match for our own,” said Fredrik Wester, CEO of Paradox Interactive. “We’ve been involved with Tyranny from the ground up, and are proud to be working with the Obsidian team on the creation of this unique world. This will mark a bold step for Paradox into the RPG genre, and we can’t think of a better partner to have for the journey.”

Tyranny is scheduled to release in 2016. For more information about Tyranny, visit http://tyrannygame.com/.