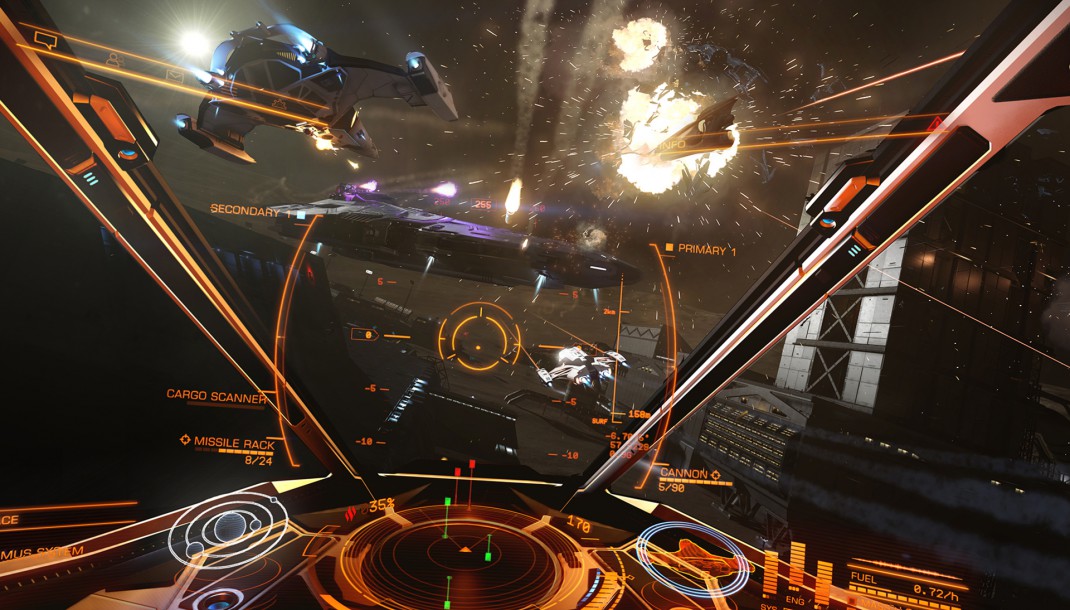 Elite Dangerous: Arena thrusts players into first-person dogfights against the galaxy’s greatest pilots in stunning 3D space arenas. With easy to pick-up controls that quickly reveal incredible depth, Elite Dangerous: Arena is a new way to engage in fast-paced PVP action against players from around the world for just £4.99 ($7.49, €6.75, 375 RUB).

“Elite Dangerous: Arena is a different kind of multiplayer shooter, offering competitive gamers the chance to jump into thrilling space combat and challenge the world.” Frontier CEO David Braben said. “We showcase CQC to players at events around the world, and it’s a hit wherever it’s played.”

All Elite Dangerous: Arena and Elite Dangerous CQC players are eligible to enter Frontier’s $100,000 Close Quarter Combat Championships tournament. Selection will take place over a series of heats in the spring and summer, and heat winners will receive an invite to the grand final to be held at a secret location and livestreamed online later this year.

All Elite Dangerous players already own CQC as part of the core game, and can look forward to a new world of competition as pilots enter the fray via Elite Dangerous: Arena.