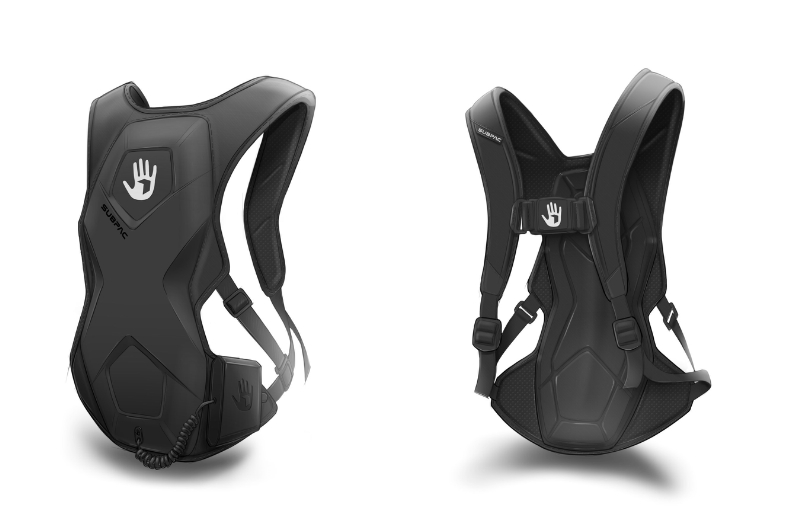 The folks over at StudioFeed USA were nice enough to loan us one of their new M2 Wearable Tactile Audio Systems for review and now we bring you our thoughts on what is a very interesting audio device. Looking like a futuristic backpack, the SubPac M2’s gray form has a sheen akin to some new stealth aircraft. In short, the SubPac M2 is a wearable subwoofer, allowing you to feel the bass in your audio without actually hearing it – well, not completely.

Being that the SubPac M2 is meant for those people needing to take their bass with them, the system needed to be portable. Thankfully, the SubPac M2 can use either AC adapter or batteries. This was a make or break feature and, thankfully, StudioFeed USA chose right with that one. Donning the SubPac M2 is very comfortable, and the pack itself actually seems to give some added posture thanks to its design, which is meant to hug your back as closely as possible for maximum contact. The reason for this is that the SubPac M2 utilizes transducers to translate the bass to something you can feel. We have actually seen this kind of technology before in the KOR-FX gaming vest which we reviewed a while back. Unlike the KOR-FX, the SubPac M2 translates those bass vibrations into your back, not your upper chest. The portable control box has a nifty belt/pants clip on it so that you can wear it on your side while wearing the SubPac M2, and you simply plug your 3.5mm audio input into the box and set the intensity level via a control knob. 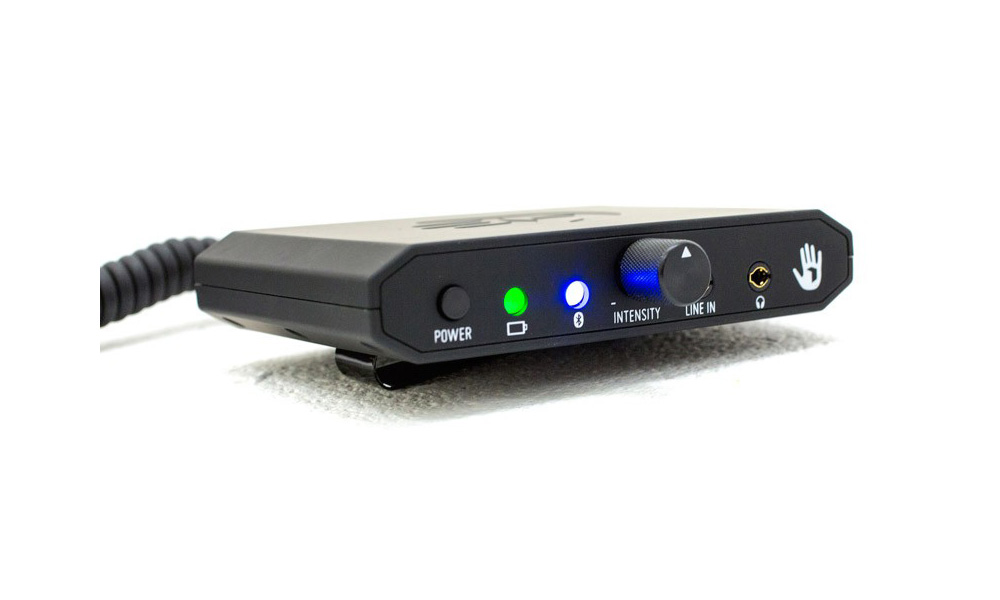 Actually feeling your audio in the SubPac M2 is way more comfortable than the experience of using the KOR-FX unit – I don’t know if that is due to the placement of the transducers (on the wearer’s back instead of chest) or some difference in the transducers themselves. Even though the SubPac M2 is primarily meant for DJ’s and audiophiles who want to “feel” their music in spaces where loud subwoofers aren’t feasible, it also has a new use…. Virtual Reality.

Thanks to its wearable design and portable control box, the SubPac M2 makes a great addition to any virtual reality setup. While I don’t have an Oculus Rift at the moment (although I did pre-order one) I was able to use the SubPac M2 with my Google Cardboard and some of the various VR demos on the Apple App Store right now. I plugged the audio output of my iPhone into the input of the control box, then my headphones into the headphone jack…. That is, until I read the instructions and discovered that the SubPac M2 features Bluetooth 4.0 connectivity! So, I unplugged the 3.5mm cable from my phone and paired it instead. The experience was awesome – especially in the Star Wars: The Force Awakens VR demos Disney and Lucasfilm recently released. 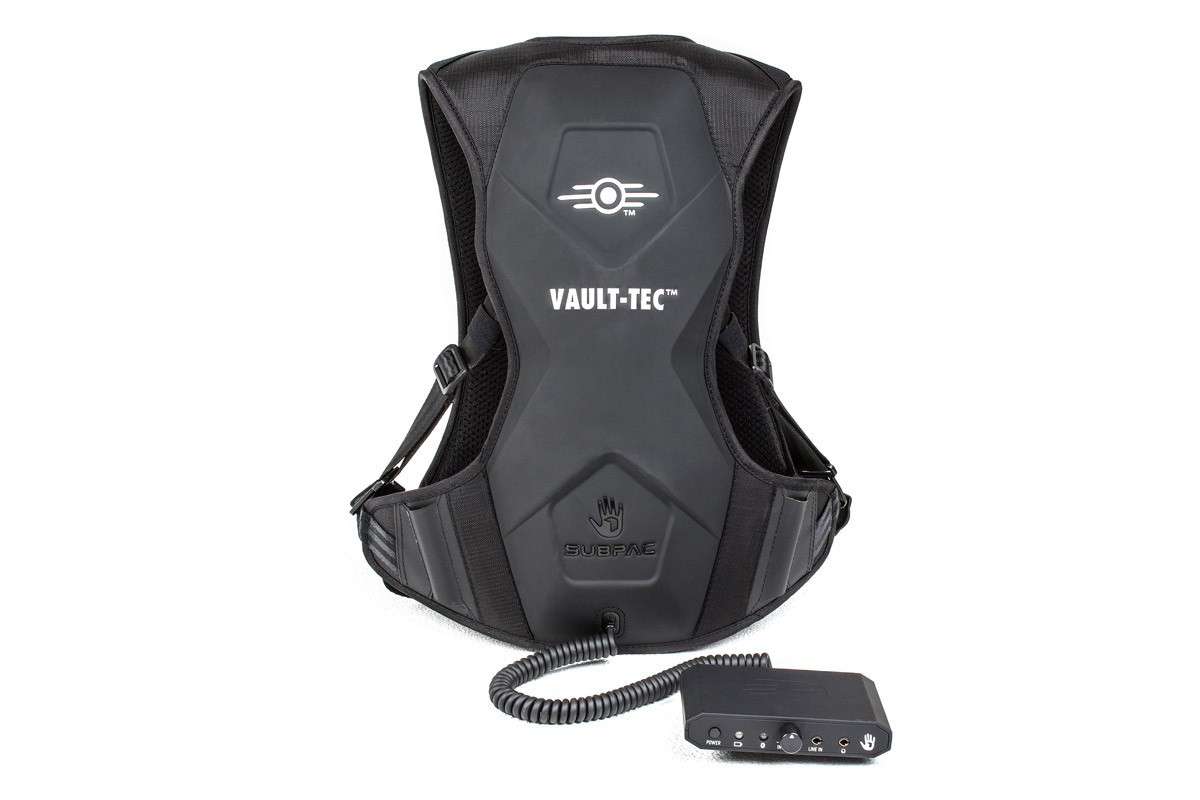 The capabilities extend into watching movies, playing non-VR games (Star Wars Battlefront is amazing while wearing this), and even listening to your tunes – whether in your office or walking around a convention hall. Hands-down, the SubPac M2 Wearable Tactile Audio System is the best audio transduction vest on the market today. If you are someone in the situation of needing to “feel” your audio, invest! The one drawback to the SubPac M2 is its price tag. At $399 dollars, it is a hefty bit of pocket change to shell out. That being said, if you have the cash to spend, it is well worth spending it on the SubPac M2. I should also note that StudioFeed USA has partnered with Bethesda to bring a Fallout 4 Vault-Tec inspired SubPac M2 to their store (see the above image) – you can find out more on that here.