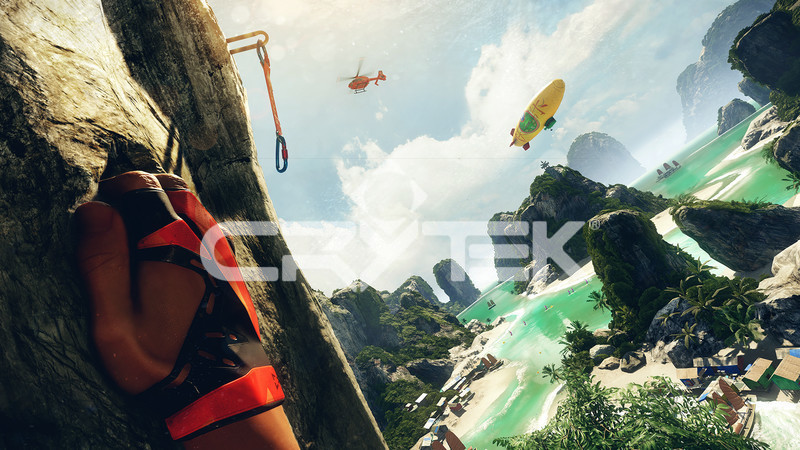 February 5, 2016 – Crytek has released the first in a new series of video developer diaries for The Climb, the upcoming virtual reality game that lets players experience the heart-pounding adrenaline of solo free rock climbing.

Go inside Crytek to learn how a love of the real thing directly inspired the first prototypes that would eventually become The Climb. You’ll meet the team bringing this one-of-a-kind adventure to life as they discuss firsthand the process of capturing the moment-to-moment fear and excitement of clinging to a cliff hundreds of meters above the earth without a safety net. They’ll also talk about what it takes to translate that sensation into the fast-growing medium of VR.

The Climb throws players into one of the world’s most dangerous extreme sports. Scale the cliffs of stunning, real-life locations like Vietnam’s Halong Bay, recreated in hyper-realistic detail with breathtaking 3D visuals.

The Climb is being developed for Oculus Rift and will be available around the system’s launch. To see more from the game, check out www.theclimbgame.com.