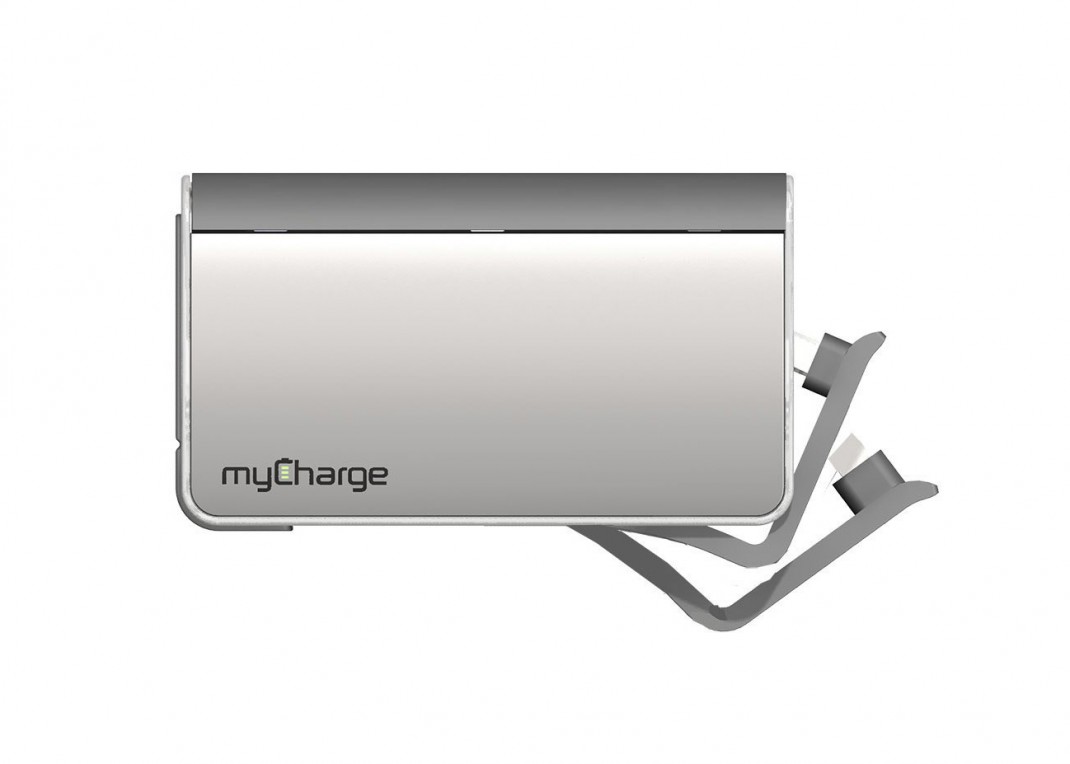 In press circles and at entertainment events, when you have an item that saves the day it can gain an almost mythical status.  One of these such items was “Big Red”, also known as the MyCharge Hub 6000 mAh portable charger.  Friends would show up at events having forgotten a backup charger and figured they were out of luck. Out came the charge with two different types of built-in charging cables (allowing the power pack to charge two devices simultaneously). If the MyCharge power pack’s reserves get low, it could be plugged into the wall with minimal fuss thanks to its design. At this last CES, someone broke into my car and, among my numerous electronics for the event that they stole, was Big Red.  It was honestly the thing I missed the most.  But maybe it’s time had simply come because now I have “Silver”, Big Red’s smaller cousin that packs in even more features! Enter: The MyCharge HubPlus! The MyCharge HubPlus 6000 mAh Portable Charger has the same built in cables as its predecessor, but with little tabs to make them easier to pull out. It also features the same amount of charging energy and even has pass-through charging.  MyCharge’s HubPlus also features Smart-sense to ensure device comparability (does it only need 1.1 amp or 2.1?), as well as a 30% smaller overall volume. Additionally, devices can charge up to 65% faster, and the MyCharge HubPlus even charges up its own reserver 50% faster than before!  In my household, we only had one debate about charging batteries and that was whether or not we needed “Big Red” or if we could get away with a smaller one.  Now that the MyCharge HubPlus has come along, we don’t need to debate, it is just our go-to battery now for press events and entertainment outings. This may seem like a bit of a short review but that is because the numbers speak for themselves and I only needed to take the MyCharge HubPlus out a couple times to know it was an amazing portable charger that would replace everything else in our inventory.  There was a big hole left by the theft of Big Red, but its next of kin was more than capable of charging the space!