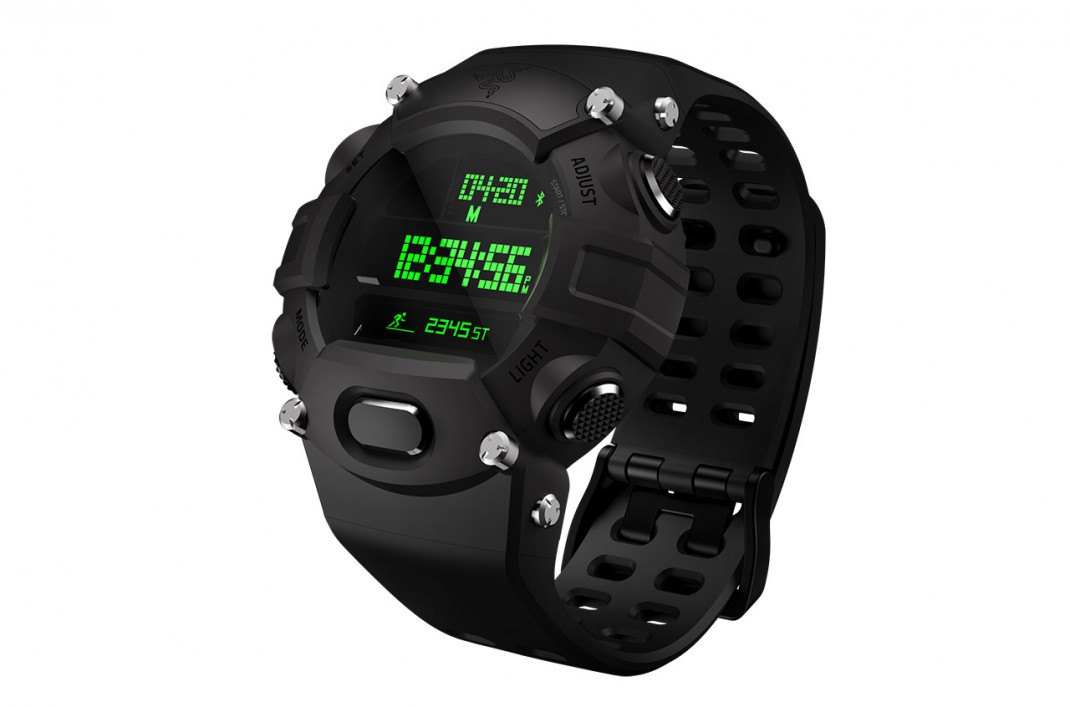 LAS VEGAS (CES 2016) – Razer, a world leader in connected devices and software for gamers, today announced the Razer Nabu Watch. The full-featured digital timepiece includes a Nabu secondary screen that previews notifications streamed from a smartphone, as well as tracks fitness and sleep activity via an in-built accelerometer.

While smartwatches have proliferated the industry in 2015, one of the biggest challenges to the devices have been their battery life and their fundamental lack of capability as a multi-function watch. Razer addresses these issues by focusing first on the digital chronograph as the primary function and the smart features as a secondary addition.

A secondary screen outfitted in the Razer Nabu Watch delivers all the features of a Nabu wearable, including discreet notifications, fitness tracking and watch-to-watch communication.

“We’re bringing together the reliability and incredible functionality of a digital timepiece, with added smart features to empower the tech enthusiasts of today,” says Razer CEO and co-founder, Min-Liang Tan.  “We’re also just really excited to create a digital watch that we’re proud to call our own – a natural intersection between our popular work in apparel and wearables.  This was something our fans have asked for, and we’re happy to deliver.”

The Razer Nabu Watch is available in two versions. The standard edition is designed with tough polycarbonate materials and with Razer green highlights.  It will be available from late January 2016 and is priced at $149.99. The Razer Nabu Watch Forged Edition has machined stainless steel buttons for added durability and a premium black finish.  It is available from January 6th 2016 exclusively at RazerStore retail locations and at RazerStore.com, priced at $199.99.

Exclusive to Razerzone.com and all RazerStore retail locations – Jan 6 2016