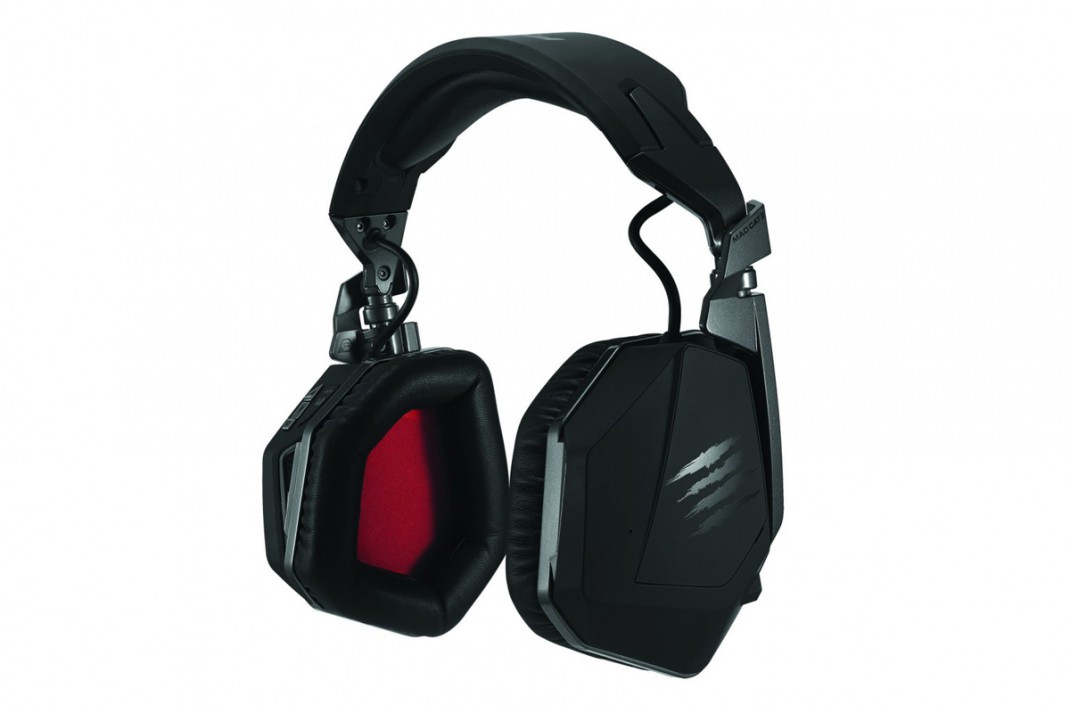 When I find a headset I like I tend to wear it into the ground. The funny part about writing for GamingShogun.com is I get to try out so many headsets so that I now rotate between them most of the time. Ever so often, one comes along that slows my rotation to a crawl or even a standstill because I just like everything about it so much. The latest headset to do that to me is the Mad Catz F.R.E.Q. 9 Wireless headset.

Hands On:
There are a lot of tech specs to list about this headset which will sound like techno voodoo to the layperson’s ears: AM3D’s Zirene Surround Sound, Hyper-fast, Ultra-clean aptX Low Latency Digital Wireless, Soundchip’s Digital Active Noise Cancellation (D-ANC), binaural monitoring activation, Dynamic Source Switching through on-ear switching, and rechargeable, Li-ion battery all with a snappy carrying case. Unless you’re a tech head, that probably made your eyes glaze over a bit. Don’t worry, setup is so easy it just has a bunch of pictures without words and I can tell you what that all will mean to your everyday performance.

First off let’s breakdown what this headset is compatible with: everything Bluetooth as well as most PCs and consoles and devices without Bluetooth. If your PC doesn’t have Bluetooth you will probably have problems using the in game mic and the Xbox One may require an adapter but this headset even works with smart tvs which can be pretty darn handy when watching/gaming in bed with someone sleeping next to you. 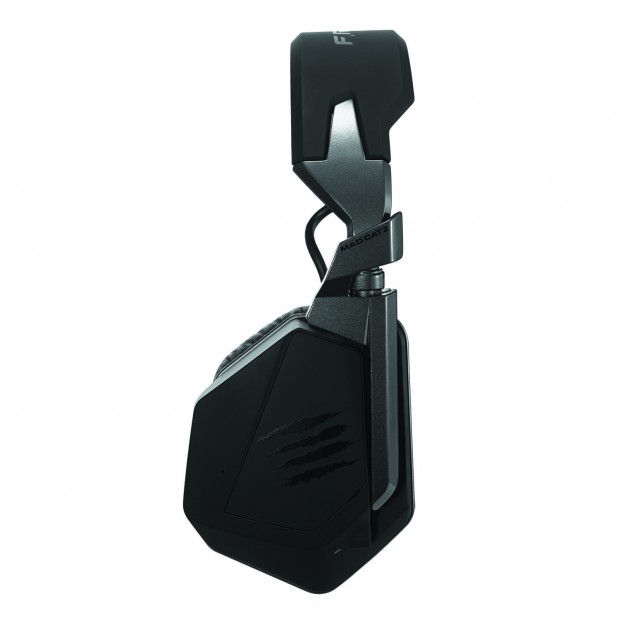 So let’s break down the features. AM3D’s Zirene Surround Sound means that is not just true theater quality, it is military grade. This sound setup was designed for F/A-18 fighter pilots to be able to determine enemy targets by the direction of the sound. So instead of hearing the music in your head like you are used to it actually creates a sound landscape that mimics natural environmental hearing. So if the game’s sound is up to snuff then you can actually tell the direction footsteps are or gun shots are coming from as if you were actually in the battlefield. The opportunities for horror gaming alone is substantial, you can hear the creaks and scratching nails, maniacal giggling coming not just from behind you but over your left shoulder… you see the possibilities. If a movie or song is done in true surround sound you will hear the sounds in the area around you instead of in different parts of your head. It’s like you are sitting in the middle of it instead of simply witnessing it.

The Hyper-fast, Ultra-clean aptX Low Latency Digital Wireless audio is a long phrase for no lag or lip sync sound issues. Your voice and sound will match up properly so if you are streaming you won’t looked like a badly dubbed foreign film and you won’t hear a bunch of gunshots after you have been mowed down in game. It’s designed to have a wireless distance of about 33 ft. which seemed conservative upon testing as long as you maintained line of sight though with wall interference became about right (how often do you get 33 ft. from a game and not cross a wall?). If you are taking your game to the spectator level or have a game that relies heavily on sounds to cue you in to dangers this is paramount.

Soundchip’s Digital Active Noise Cancellation (D-ANC) is a fancy system that works with the ear cups to block out everything that isn’t your music, movie game or whatever you are trying to listen to. Whether it is a long bus ride, a tournament or just trying to play your games in a noisy household you can concentrate on what you want to hear. 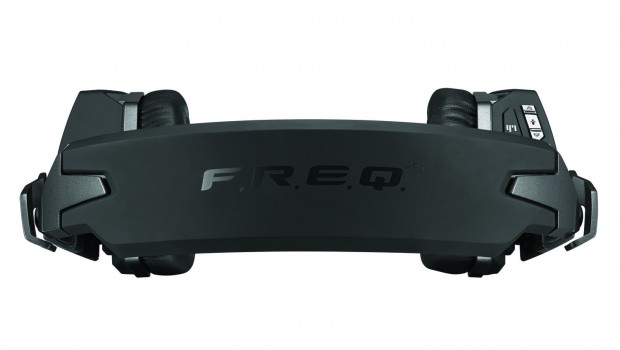 Along those lines, the binaural monitoring activation does the same thing for your listeners or teammates. Did your family decide to have a blow out fight right in the middle of your raid? Don’t worry there are two mics in your headset, one to pick up your voice and one to figure out the other noises around you and cancel them out. If you are broadcasting or recording at an event this will recognize your mic and block out the thunderous murmur of large convention crowds (if you have never experienced such a thing be grateful though I imagine most of our faithful readers know the sound). If I were walking through a large convention such as CES and waiting for a call I would probably where these listening to music and when my call comes through I can pick it up with the touch of a button on the headset, no wires, and have a good chance that the caller would actually hear me clearly despite the noise. If I am at home and playing a game and see a call has come in on my phone I can hit a button on the headset, again no wires needed and answer the call thanks to the Dynamic Source Switching system on the ear section of the headset.

Now it would be a legitimate concern that all these extra bells and whistles would eat away at the power supply but that is where the last feature mentioned above comes into play, the Li-ion battery. Even with all the techno voodoo we are still looking at about a 20 hour battery life! If you are going more than 20 hours in a row you are running into other problems like fatigue and blood clots. That means it’s time to take a break when the headset decides to. 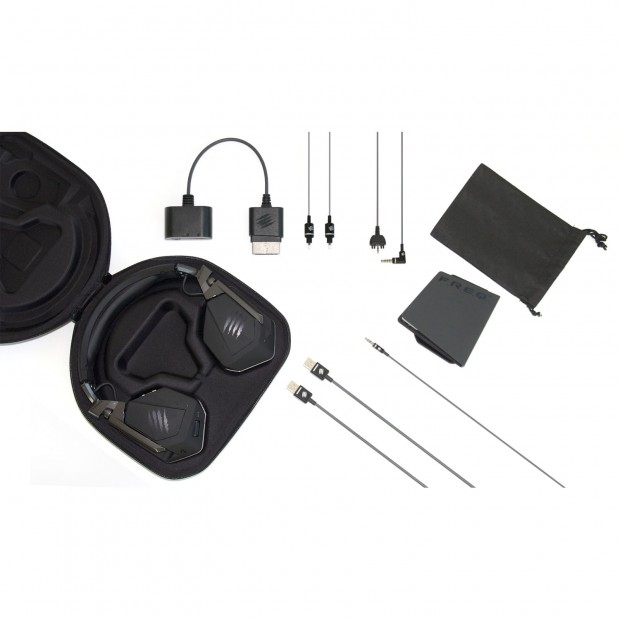 Last Words:
Mad Catz F.R.E.Q. 9 is one of those ultimate headsets that is reaching into the future while you are still getting your head around you daily tech. Wireless, Bluetooth and across the board system compatibility makes it the perfect headset for around the house and on the go. It even looks bad ass. It retails for $159.99 and is available now at Mad Catz official online store.