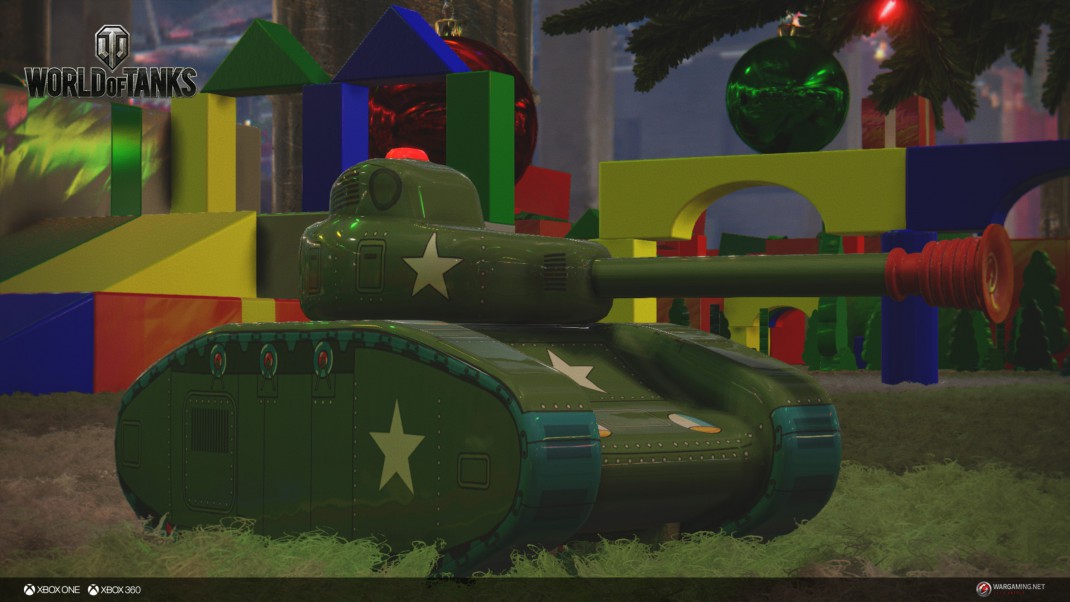 December 22, 2015 – Wargaming today announced the new holiday themed combat mode for World of Tanks on Xbox One and Xbox 360 will arrive December 24. The original and festive Toy Tank Mode immerses tankers in a miniature toy-scattered wonderland, putting them in command of a glossy, remote control tank, and will be available to all Xbox players through December 27.

A change of scenery from standard tank warfare, Toy Tank Mode offers a more playful way to battle against your friends in a custom holiday garage, where miniaturized toy tanks navigate around a battlefield of presents. Traversing through toy-made ramps, blocks and gifts, tankers will enjoy an experience like no other, where every aspect of the game including crew voices has been scaled down for lighthearted tank encounters.

The Tier IX, “Toy Tank” is modelled from the French Tier V BDR G1 B and outfitted with a spring-loaded turret that fires suction cup dart rounds that comically attach to enemy tanks with each successful hit. In a rambunctious fight for victory, these carefully crafted toy tanks drive straight from the workshop to the console with special holiday emblems available only during this event.

For more information about Toy Tank Mode and World of Tanks on Xbox, please visit: