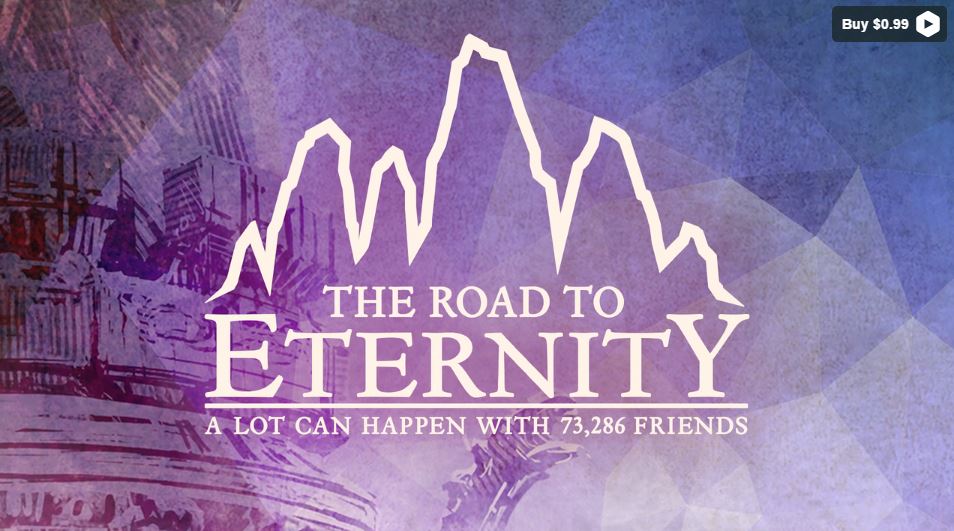 IRVINE, Calif. — Dec. 21, 2015 — Obsidian Entertainment and Paradox Interactive today announced that “The Road to Eternity,” the behind-the-scenes documentary following the incredible fan-funded role-playing game (RPG) Pillars of Eternity, has been released in its entirety for viewers worldwide. Created as part of the wildly successful Kickstarter campaign in late 2012, “The Road to Eternity” provides a rare and unfiltered in-depth look at how crowdfunding not only saved the studio during one of the darkest points in its history, but led to the creation of one of the most anticipated and highly reviewed RPGs of all time. Pillars of Eternity is often quoted as not only fulfilling promises made to its backers, but far exceeding them. Its overwhelming critical and commercial success has contributed greatly in validating crowdfunding as a movement in funding games.

In “The Road to Eternity,” Obsidian’s talented team of developers Josh Sawyer, Adam Brennecke and CEO Feargus Urquhart who have contributed to such notable franchises as Fallout, Star Wars, and Dungeons & Dragons pull back the curtain on thePillars of Eternity development story, and share unguarded thoughts and testimonials about the bleak lows and the dizzying highs of their journey. The documentary offers a great deal of inside information for fans, as well as a rare look into what crowdfunding can mean to an independent game developer.

Pillars of Eternity is an RPG inspired by classic titles such as Baldur’s Gate, Icewind Dale, and Planescape: Torment, which features an original world and game system that evokes and improves upon the traditional computer RPG experience. Funded via Kickstarter in late 2012, raising $4.5 million through both backer pledges on Kickstarter and Obsidian’s own website, Pillars of Eternity has been a project of passion both for the development team and for the loyal fans who have made it possible.