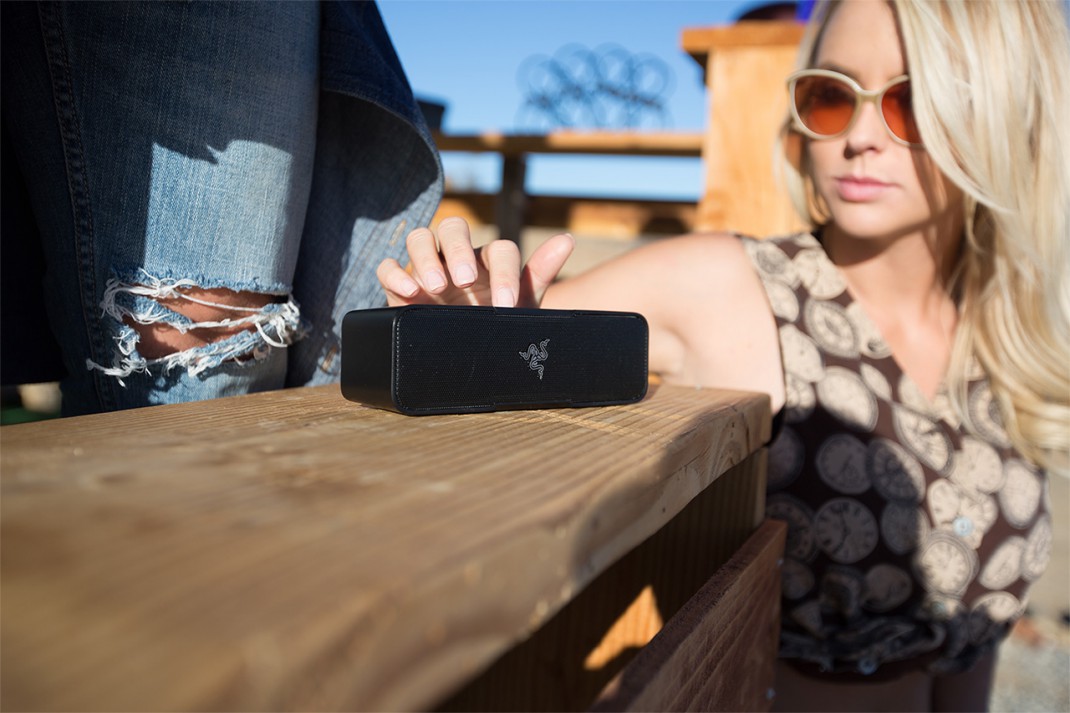 Powerful dual speaker drivers in the Razer Leviathan Mini produce deep lows and crisp highs for up to 10 hours of playback time that other portable speakers cannot match. As an added feature, two Razer Leviathan Minis can be synced to produce a true wireless stereo sound stage via Combo Play.

The Razer Leviathan Mini seamlessly connects to smartphones, tablets and other Bluetooth devices up to 30 feet away via Bluetooth v4.0 with award-winning aptX® technology for CD-like audio quality. One-touch NFC™ pairing is also included for ultra-fast, fuss-free connecting.

A built-in microphone enhanced with Clear Voice Capture® technology is included for speakerphone functionality, while a carrying case allows for maximum portability.

“Portable speakers today present so many compromises when it comes to delivering sound on-the-go – whether it’s audio quality, battery life or connectivity – and that’s something we didn’t want to do with the Razer Leviathan Mini,” says Min-Liang Tan, Razer co-founder and CEO. “There isn’t a more balanced portable speaker solution out there.”