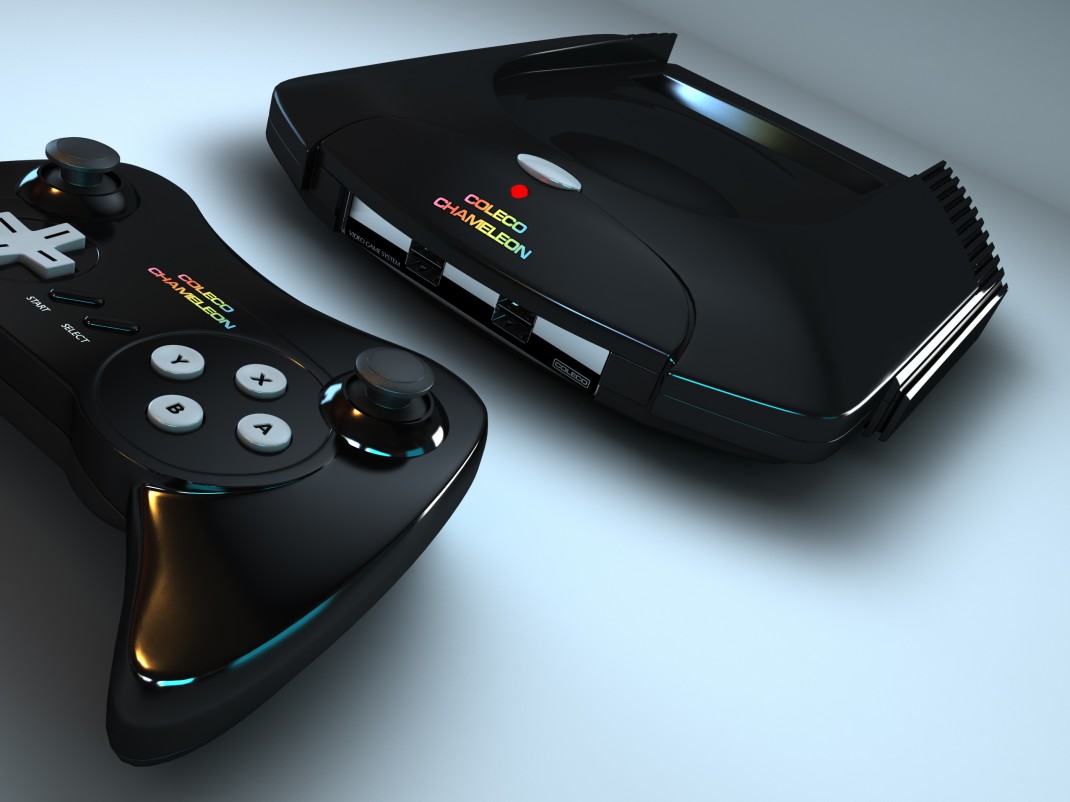 COLECO Chameleon is a versatile video-game system that serves as a modern day take on the classic game console and will accurately play compilations of favorite games from the past.  The COLECO Chameleon also has the ability play brand-new games in the 8-, 16- and 32-bit styles, a growing and popular genre in today’s gaming landscape.

Chris Cardillo, a partner in COLECO said, “Mark [Thomann] and I are excited to work hand-in-hand with Retro Video Game Systems, Inc. in the launch of the COLECO Chameleon.  It’s ironic that a new ‘retro’ video-game system would actually revolutionize and revitalize the COLECO brand.”

And, for the first time in nearly 20 years, the COLECO Chameleon will once again play brand new games on long-lasting, durable cartridges that can be played, traded, and collected for a lifetime.  And all game cartridges will include high quality, plastic clamshell cases with illustrated instruction manuals and game developer liner notes.

Retro Video Game Systems, Inc. President Mike Kennedy adds, “The COLECO Chameleon is a love-letter to all the classic cartridge based gaming systems that came before it and we love the fact it will succeed COLECO’s successful Telstar and Colecovision product lines. It will take gamers and their families back to a simpler time where games were all about great gameplay and fun factor.”