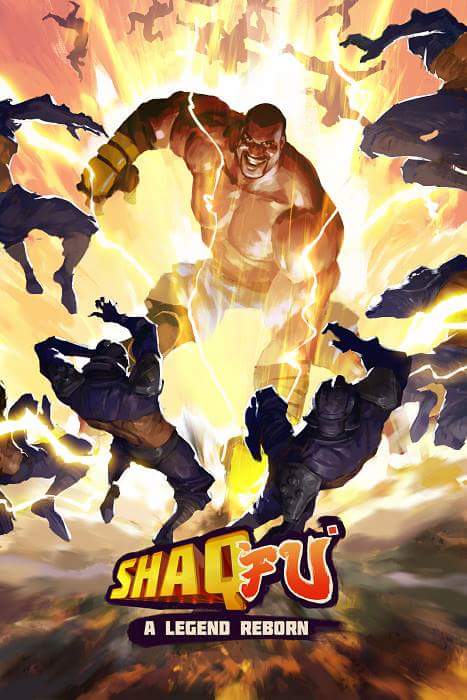 MAPLEWOOD, New Jersey – Dec. 4, 2015 – Big Deez Productions has released the premiere gameplay trailer for its upcoming action game, Shaq-Fu: A Legend Reborn. This first look at the reignited title in motion was unveiled by Shaquille O’Neal during his special appearance at The Game Awards in Los Angeles.

“It was a thrill to join in a celebration of gaming’s biggest triumphs with the long-awaited return of one of its most towering figures. We can’t wait for fans to unleash the fury of the Big Diesel himself when this wildly stylized take on Shaq-Fufinally arrives,” said Big Deez’s CEO, Matt Karch.

An infamous icon of 16-bit gaming reimagined for a new generation, Shaq-Fu: A Legend Reborn is an intense, combo-fueled, side-scrolling, beat ‘em up adventure starring the renowned sports star and entertainment personality. Master unique martial arts fighting styles to conquer the world’s greatest challengers. Made possible by the fervent passion of the crowdfunding community, it features modern audiovisual and gameplay design forged by a new team of developers inspired by the tongue-in-cheek fun and humor of the original game.

Shaq-Fu: A Legend Reborn is expected to launch as a digital title on consoles and Windows PC via Steam next year. For the latest information, please like http://www.facebook.com/ShaqFuALegendReborn/.

About Big Deez Productions
Big Deez Productions is a collaboration between Saber Interactive, developers of Halo: Combat Evolved Anniversary, Halo: Master Chief Collection, God Mode and others and Mine O’Mine a company that manages many Shaquille O’Neal’s business partnerships.  Based in Maplewood, NJ the company has multiple development studios across making great games and bringing fun interactive experiences to life.