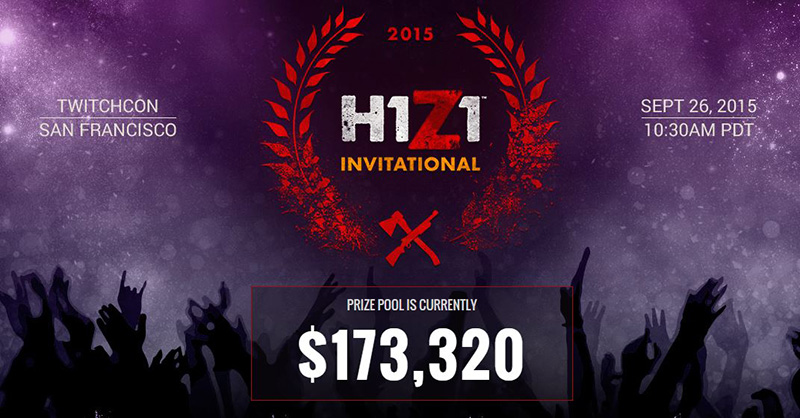 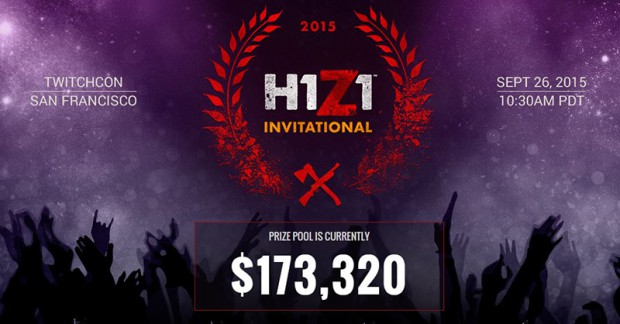 SAN FRANCISCO – Sept. 28, 2015 – Daybreak Games has declared Twitch personalities Ninja and MrGrimmmz as the victors of its first-ever H1Z1 Invitational at TwitchCon this weekend. The two champions received $19,932 apiece, with the rest of the $173,320 overall prize pool distributed incrementally between the remaining top 10 finishers.

Tyler Blevins aka Ninja – a former Halo world champion – hails from Illinois and has been streaming games on Twitch for about three years, boasting over 100,000 followers. MrGrimmmz, from California, had logged more H1Z1 Battle Royale matches than any of the other participants in the last few months, with his viewers having watched him play more than 20,000 minutes of H1Z1.

The H1Z1 Invitational consisted of two standard Battle Royale matches, with half of the prize money split among the top 10 finishers of game one and the other half divided among the top 10 finishers of game two. With no repeats in the top 10, Ninja and MrGrimmmz faced different opponents in the final fight – Ninja overcame well-known League of Legends broadcaster Trick2g while MrGrimmmz won an exciting shotgun shootout with JoshOG. The H1Z1 Invitational was MrGrimmmz’s first tournament and Ninja’s first PC tournament.

The H1Z1 Invitational pitted more than 55 of Twitch’s most popular broadcasters, including LIRIK, Sodapoppin, summit1g, LegendaryLea, and Towelliee, against one another in PLAYERUNKNOWN’s Battle Royale, the nail-biting last-man-standing mode found in the zombie survival game H1Z1. They were joined by four players chosen from the H1Z1 community through Daybreak’s Road to TwitchCon competition. One player also earned a seat in the Invitational on-site, winning the Qualification Championship Battle Royale the day before the tournament.

Enter a world that has been overrun by zombies and fellow survivors since the H1Z1 virus outbreak. Fight for your life against the infected and against the brutality of others as you attempt to live and see another day. Will you survive?

Created by PLAYERUNKNOWN, Battle Royale is the ultimate survival game-mode in H1Z1, where the most skilled players prove they have what it takes to be the last one standing.

H1Z1 is currently a Steam Early Access title. More information can be found on the official website at www.H1Z1.com, or the H1Z1 Steam page.

Daybreak Game Company LLC is a worldwide leader in massively multiplayer online games and emergent gameplay. Best known for its blockbuster hits and franchises such as EverQuest®, EverQuest®II,PlanetSide®2, DC Universe™ Online,  H1Z1™, Landmark™ and the highly anticipated EverQuest Next™, Daybreak creates, develops and provides compelling online entertainment for a variety of platforms.