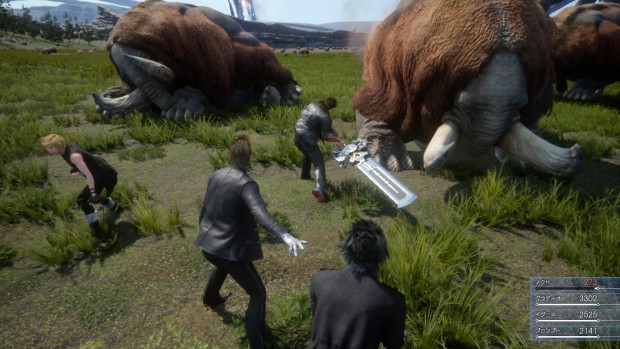 LOS ANGELES (Sept. 17, 2015) — SQUARE ENIX® today unveiled the FINAL FANTASY® XV“ Dawn Trailer 2.0” at Tokyo Game Show 2015. This is an updated trailer that depicts protagonists Noctis and Luna as they reflect on the tragic events of their respective pasts, which set the stage for the narrative of FINAL FANTASY XV. Players will catch a glimpse of the fateful duo’s internal strife as Luna struggles against the restrictive imperial hold over Niflheim and Noctis prepares himself for the journey ahead.

New screenshots were also unveiled, in which Noctis and his crew will be able to ride chocobos®, the iconic winged mounts of the FINAL FANTASY series in their most realistic portrayal ever. Players can also spend quality time in the great outdoors through fishing, one of the few different activities and mini-games offered in the game.

Finally, the company released the “ Location Hunting” video, a series of footage of the development team members scouting locations with in-game footage inspired by those experiences. These new videos can be viewed through the following YouTube links.

Players looking for additional information about the game can tune into the upcoming Active Time Report (ATR) Snapshot at Tokyo Game Show. This new Snapshot will debut on the evening of Friday, Sept. 18th at http://www.youtube.com/squareenixpresents.