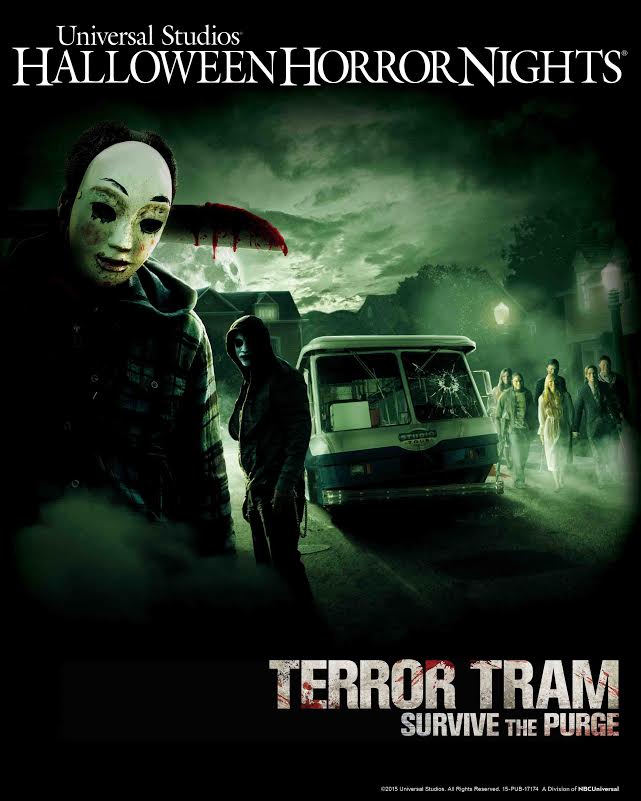 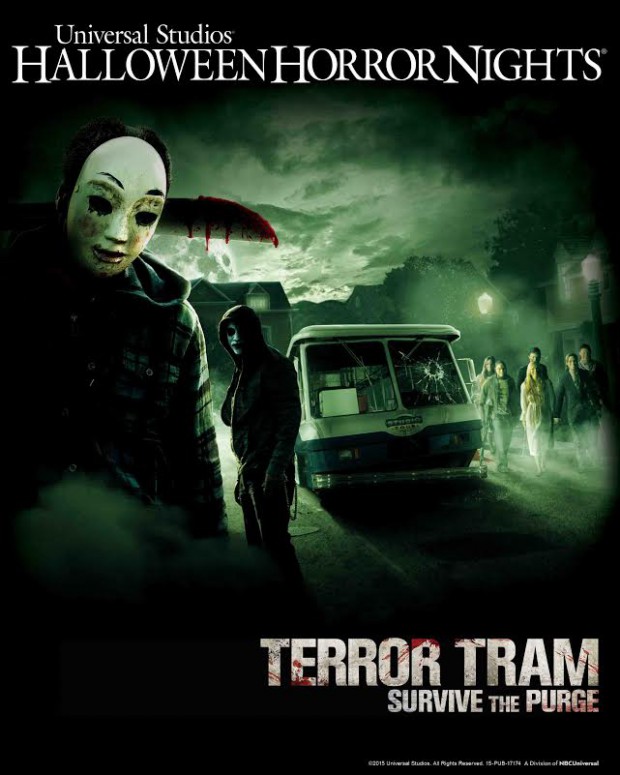 Guests will attempt to survive the night as they are immersed in the film’s depraved world, where all crime is declared legal as part of the government’s annually sanctioned 12-hour Purge.

The “Terror Tram: Survive the Purge” experience at Universal Studios Hollywood will pit  guests against morally-compromised citizens, who take to the streets to cleanse the country of those deemed as less desirable, without fear of retribution. Recognizing that not all citizens choose to hunt during The Purge, a newly endorsed “Purge Party” will welcome guests to honor this proud national tradition by watching the night’s dramatic events unfold on large video screens set up around the famed Universal backlot – until the experience quickly turns into an unforgettable living nightmare.

Once aboard the “Terror Tram,” guests will find themselves at the mercy of affected vigilantes looking to annihilate people by the thousands. Strolling about the famed studio backlot – the very place where the horror film genre first took root – guests will need to rely on cunning wit, luck and speed to outsmart and outlive the anarchy unleashed by once average citizens now transformed into sadistic felons.

“This year’s ‘Terror Tram’ preys upon the vulnerability of our guests as they wander the darkness of our world-famous backlot surrounded by iconic horror sets and consider the theoretic possibility of a real Purge experience,’” said John Murdy, Creative Director at Universal Studios Hollywood and Executive Producer of “Halloween Horror Nights.” “We consistently strive to raise the bar in delivering ideal scares, and the backlot at night infested with reprehensible characters is one way of truly scaring the living daylights out of our guests.”

Universal Orlando’s horrifying “Purge” maze will expand upon the incredibly popular and terrifying films and place guests in the midst of a chaotic Purge night where the tradition has commenced. As they navigate the maze, they will quickly realize that they are the targets for this year’s Purge. Guests will be hunted by dozens of masked vigilantes who will stop at nothing to purge as they are entitled.

“Building on the success of last year’s scare zone, this time our guests will live their very own ‘Purge Night’ within the confines of an all-new house experience,” said Michael Aiello, Director of Entertainment Creative Development.  “Just like in the film, guests will find themselves within arm’s reach of the most sadistic collection of killers imaginable. Their only want and need is to express their right to purge and purge they will.”