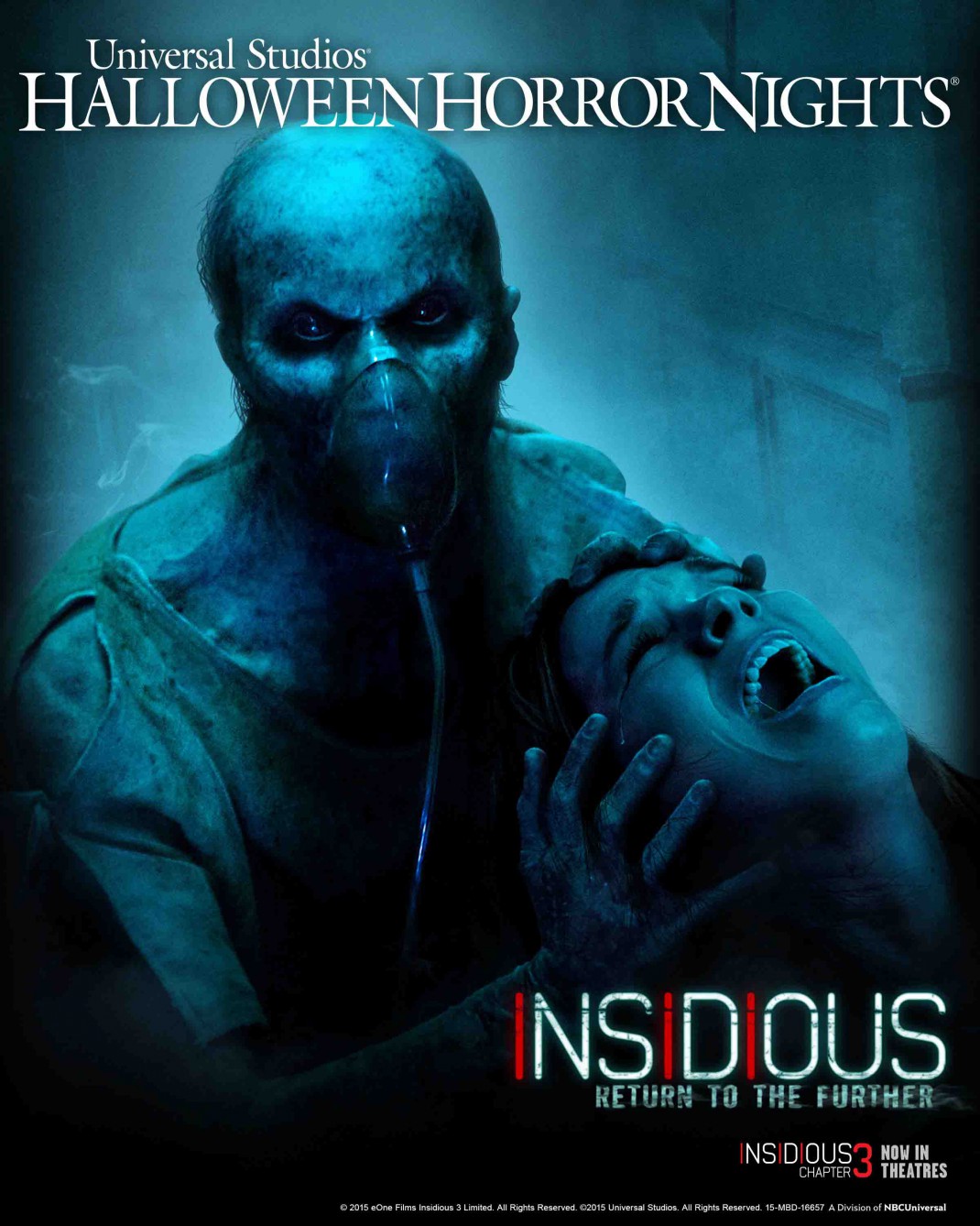 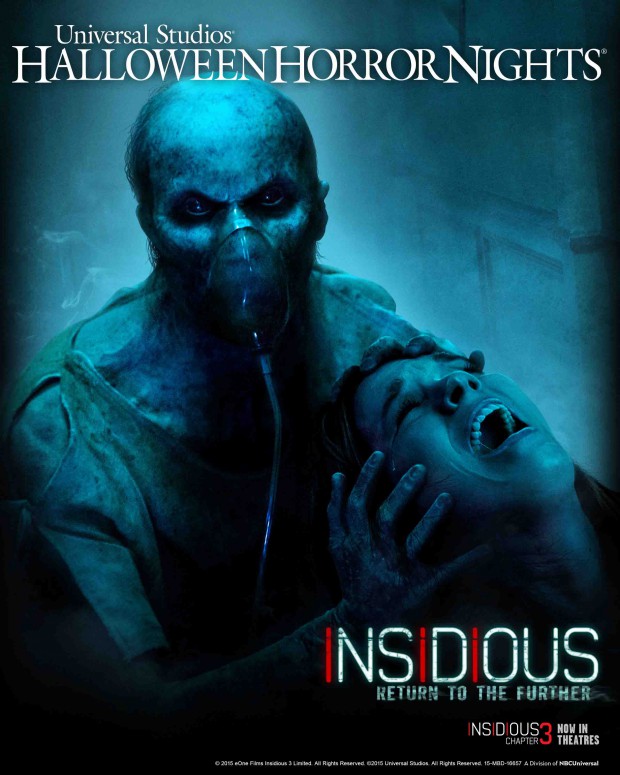 The twisted minds behind Halloween Horror Nights at Universal Orlando Resort and Universal Studios Hollywood are teaming up with Focus Features and Sony Pictures Home Entertainment to create all-new mazes based on the chilling Insidious film franchise. The announcement comes after the third installment of the film, Insidious: Chapter 3, hit theaters to terrify moviegoers.

At both Universal Studios Hollywood and Universal Orlando, event goers will be transported into some of the most sinister scenes from all three films in the Insidious franchise. Guests will investigate unexplained phenomena in the Lambert family’s eerie Victorian home and find themselves at the ghastly séance that unleashes chaos and horror. They’ll journey into “The Further” – a supernatural realm that houses tormented spirits – and face deadly ghosts and demons like the Woman in Black and Red-Faced Demon who will stop at nothing to infiltrate the world of the living.

Universal’s Halloween Horror Nights is the ultimate Halloween event. For more than 20 years, guests from around the world have visited Halloween Horror Nights in Orlando and Hollywood to become victims inside their own horror film. The streets of each coast’s event are transformed into highly-themed scare zones where menacing “scare-actors” lunge from every darkened corner. Multiple movie-quality haunted houses are erected throughout the event, based on anything from iconic slasher films to hit horror television series to haunting original stories.

To learn more about the all new “Insidious” maze at “Halloween Horror Nights,” click here.