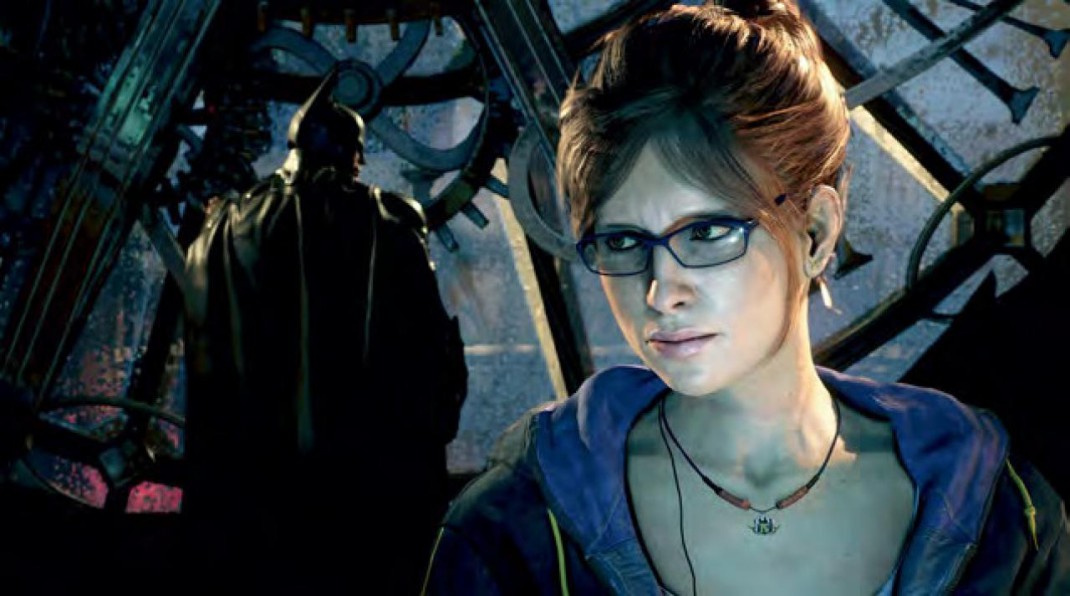 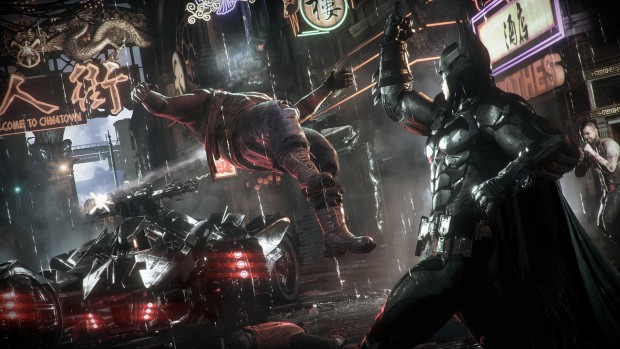 There’s an old saying: Be yourself, unless you can be Batman, then be Batman. The Arkham series of Batman video games have only gotten better as it has progressed, with both and gameplay and storylines being simply outstanding. Then came delays on Batman: Arkham Knight and concerns being voiced about the state of the game. Unfortunately, once it was released, the PC version was so bad that if Warner Bros. Interactive Entertainment had the chance they would bury all the copies in the desert hole vacated by all those E.T. the Extraterrestrial Atari game cartridges. The port is so bad that refunds were issued and, let’s face it, that is not done easily on digital distribution platforms. At the same time, everyone was stating how good the PlayStation 4 version of the game was and that it is a perfect chapter in the Arkham series. So… what about the Xbox One version? In the shuffle, most folks didn’t seem to know much of anything at all about it. Well, we here at Gamingshogun.com have the goods on the Xbox One version in our review of Batman: Arkham Knight!

Our friends at IGN did a very comprehensive graphics comparison between Batman: Arkham Knight on both the PlayStation 4 and Xbox One platforms. I could try all day to describe the differences, but here is a nice little video clip they put together to show the differences (Do our work for us, IGN!).

Having watched it many times now, I can tell there are slight differences between the two but they are ever so slight. With the minor exceptions regarding some lighting effects, there isn’t much difference. So, no matter what was your  game console of choice, you can pick the game up without fear as you will have a gorgeous game to play.

With that out of the way, we can get down to the nuts and bolts of the game and whether it is a waste of your money on any system besides the PC.  If you liked the other games in the series, you should like this one.  All the game mechanics synonymous with the series, such as the “detective mode” and launching off of buildings to glide through the streets are still in play, most with slight enhancements.  Just as in previous games, the buttons multitask so hitting a series of them might be necessary to perform a task but the combos are kept simple so that you aren’t fumbling with them while trying to figure out the next place to grapple or the direction you need to move for a combo attack.  If you played the other games as I did, the combos and controls felt like second natur. If you haven’t played the other games, they are still fairly easy to pick up with the controller layout reference being just a couple button pushes away. Also, there are hints that pop up on the screen while playing and during loading screens as friendly reminders. 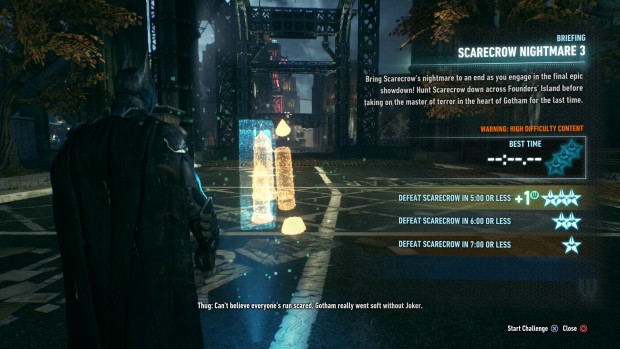 The biggest change in gameplay is, without a doubt, the addition of the Batmobile – which, technically, is more than just a Batmobile as it also changes into the Bat Tank.  Please note that is not the official name for it but that is what the street thugs call it and when it comes on-scene, they go running like crazy.  The Bat Tank does bring up an interesting point with Batman in that he doesn’t kill the street criminals but he uses a cannon to destroy drones.  Not to worry though as the Bat Tank automatically tells when it is firing on people or drones and if there is a person involved it uses non-lethal rounds like a souped-up police bean bag gun.  Some of the wrecks it causes with manned vehicles could be argued to be hard for a person to survive without being maimed or worse but the game gives these situations the benefit of the doubt and, in many crashes you cause, you will see the passengers and drivers crawling out of the wreck and making a run for it.

There was a lot of concern going into this game that the Batmobile might make the game too easy to play, especially with its tank mode.  The developers definitely kept this in mind and the game has parts where you can’t physically use the Batmobile as well as parts where you have to do so.  That being the case, there are chances to do combo fights with the Batmobile like it was another person and though those moments feel a bit overpowered. However, those moments feel really fun and satisfying and is entirely to your discretion to use them or not.

You earn points through gameplay and mission completions which can upgrade not just your skills but your Batmobile’s skills as well with Lucious and Alfred sending Batman additional upgrades as the game calls for it.  Feel free to save up some points in case you find a challenge mission particularly hard and want to feed some points into skills that help it but mostly the points feed into your favorite playstyle.  Love launching off the buildings and gliding long distances?  There’s a skill for that! Prefer traveling by Batmobile? Then you can concentrate your points on that – just remember there are times when the Batmobile isn’t available for mission, so try not to put ALL your points into it! 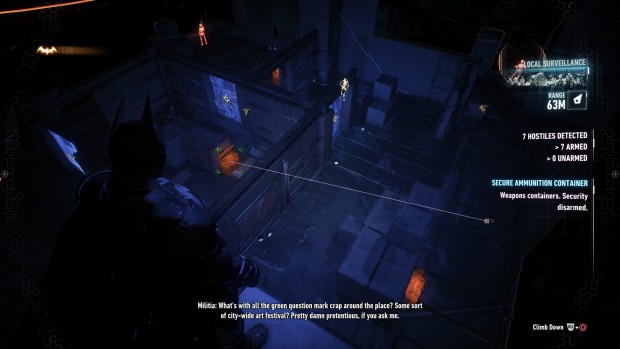 There are a ton of side missions and the game really plays up the sandbox style where you can concentrate on the main mission or spend hours just running around breaking up mobs.  You can easily get days, if not weeks, of playtime out of this game and most of the side missions feel like they serve a purpose more than just helping you level and get skill points.

Last but not least let’s talk about the storyline without giving too much away.  The game draws upon the entirety of the Batman universe, picking and choosing how to use the best moments with the best characters and watching some of my favorite comic book moments play out in moving scenes with exceptional voice acting.  I consider myself a Batman fan but by no means an expert yet I still recognized key moments in his lore play out throughout the game in a seamless manner.  It was surprising how well they could be stitched up into one encompassing tale, even using pseudo flashbacks that Batman knew about but had not witnessed.

I forgot to mention all the different skins for Batman, the Batmobile, and pretty much every character that helps you in the game. So many skins to get! 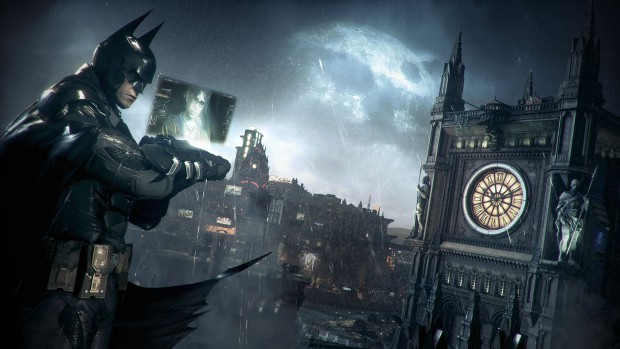 Last Call:
There is so much to Batman: Arkham Knight that I will still be working on the side missions for some time to come. I am already planning on picking up the Season Pass because I can’t wait to see and play more of the story. It feels weird to say this but I feel grateful to be able to play such a diverse and amazing game and even with the port failure of the PC version, I would gladly and quickly pre-order another installment on a next-gen console if they decided to make one, I simply don’t want it to end!