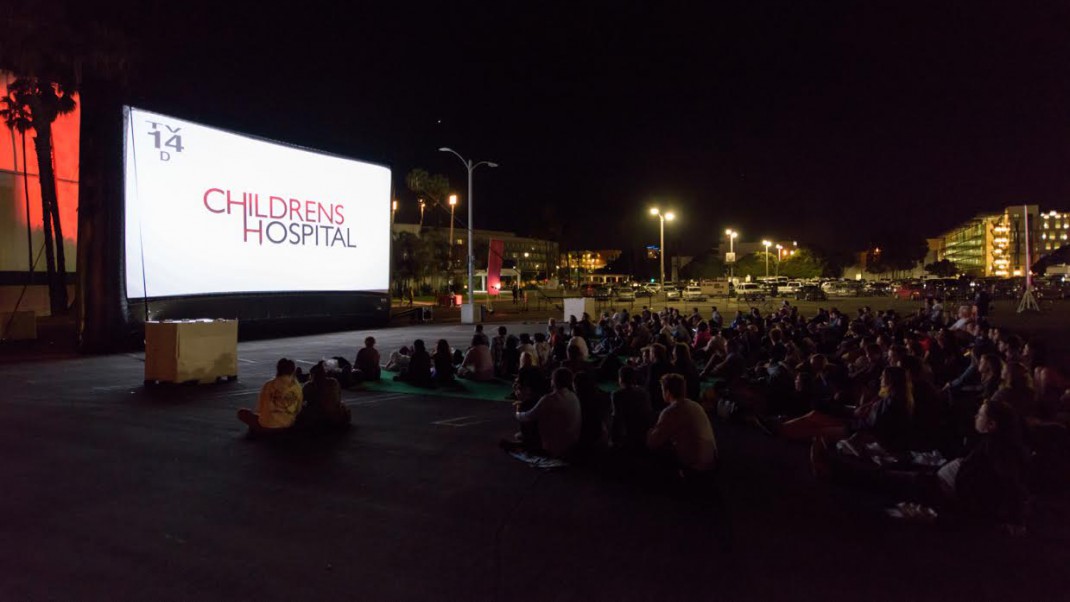 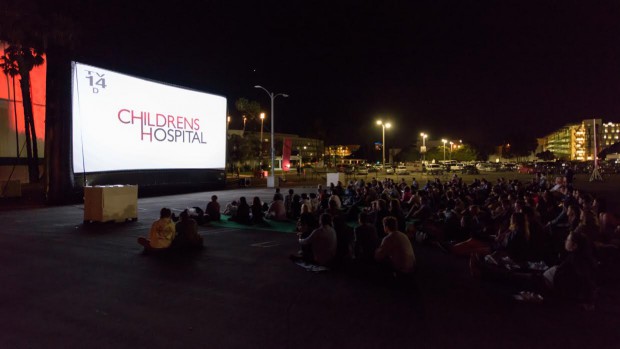 While inside the convention center, fans can stop by the Adult Swim Booth (#3721), but make sure you stretch first! Get limbered up and come lob fishy fun sacks into our illuminated cat holes at the Feline Fun Hole Slide Mouth. Steady your trembling paws, and pray your sacrifice to our great glowing kitty doesn’t go unnoticed. If your aim is true she may cough up something beautiful and exciting.

Need some fresh air? Visit Adult Swim On The Green, located behind the convention center at Convention Way and 5th Ave Pier, Thursday through Saturday from 9:30 a.m. – 10:00 p.m. and Sunday from 9:30 a.m. – 5:00 p.m. A brand new experience for fans, Adult Swim activities will include the Carnival Midway, free nightly screenings, Rick and Morty spaceship sighting, and the Meatwad Full Dome Experience. All events are free with RSVP at http://www.adultswimpresents.com, 18+ and a convention badge is required.

The Carnival Midway offers fans a chance to play custom and classic carnival games to win tickets and redeem them for prizes. Games and booths include Smack Up My Uvula, Flunko, SkeeBalls, Dreadageddon, Put a Ring On It, Face Painting, and a live screen printed free t-shirt tent. Carnival hours are Thursday through Saturday from 12:00 p.m. – 7:00 p.m. and Sunday from 12:00 p.m. – 5:00 p.m.

Nestled next to the Carnival will also be the quintessential return of the Meatwad Full Dome Experience, which debuted last year, and is returning for another year of intergalactic mind travel. Inside the 40-foot planetarium dome, fans will be taken on a 360-degree journey through space and time, guided by the familiar fast-food friend. The Dome will be open Thursday through Saturday from 9:30 a.m. – 7:00 p.m. and on Sunday from 9:30 a.m. – 5:00 p.m.

Additionally, after the success of the Adult Swim Drive-In Screening in Los Angeles, we’re bringing fans another chance to check out what’s on the horizon for the network with free nightly screenings. Join us Thursday evening for Adult Swim Presents: Things You’ve Never/Rarely Seen for a night of specials, never-before-seen pilots, and an early look at Mike Tyson Mysteries, The Venture Bros., Squidbillies, and more. On Friday, we’re bringing you a preview of Rick and Morty season two and a live episode with show creators Dan Harmon and Justin Roiland. Saturday will be filled with unaired episodes of Aqua Teen Hunger Force Forever and Your Pretty Face Is Going to Hell along with a chance for fans to publicly mourn the end of Aqua Teen. Be sure to drop by with a blanket and cuddle up with Adult Swim on Thursday, Friday and Saturday nights from 8:30 p.m. – 10:00 p.m.

Last, but certainly not least, Rick and Morty crash land their spaceship at Comic-Con this year. Fans are invited to ogle and gawk at the crash site, as well as take photos to share with friends.

Below is a full list of Adult Swim panels and signings for Friday, July 10 – Sunday, July 12. Panels and signings, as well as talent scheduled to appear, are subject to change. For continuing information about Adult Swim’s plans at Comic-Con and to RSVP, please visit AdultSwimPresents.com.

Mike Tyson Mysteries
2:15 p.m. – 3:00 p.m.
It was a unanimous victory last year but Iron Mike Tyson is taking on Comic-Con again and this rematch is sure to live up to all the hype. After a season of solving mysteries, the Mike Tyson Mystery Team will be back at it again with all-new episodes on Adult Swim this fall. Join series stars Mike Tyson, Rachel Ramras (MAD) and producer Hugh Davidson (The Looney Tunes Show) for a first look at the upcoming second season.

Tickets are required for all signings at the Adult Swim Booth (#3721). A limited number of tickets will be given out at the booth on the day-of. First come. First served.

Drawings for Warner Bros. signing tickets will be held on the morning of each signing in the Sails Pavilion. Attendees may start to line up for the limited ticket drawing when the doors open each morning.