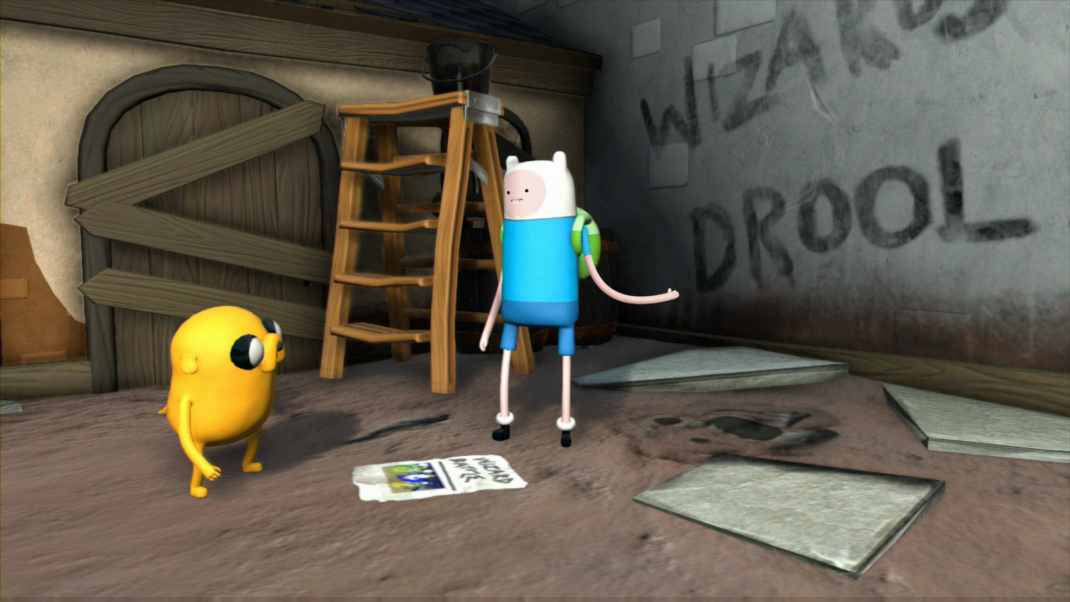 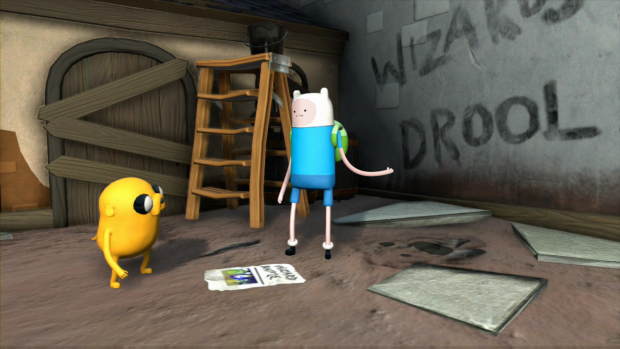 SANTA ANA, CA – June 10, 2015 – Worldwide video game publisher, Little Orbit, announced the blockbuster lineup of video games it will showcase at this year’s Electronic Entertainment Expo (E3).   Little Orbit will have on hand some of today’s most fun and successful franchises including Adventure Time, Kung Fu Panda,  Monster High, and Barbie. Playable titles will be on hand to demo in Meeting Room 307 in the South Hall.

Adventure Time: Finn and Jake Investigations is an all-new, real-time, fully 3D action-oriented twist on the classic story-driven graphic adventure game.  Finn and Jake decide to carry on the profession of Finn’s parents, who were Professional Investigators.  Confronted with mysterious Land of Ooo disappearances and strange events, players will question colorful inhabitants, dispatch evil doers in fast-paced combat, solve mind-bending puzzles, explore new and familiar locations, and genuinely feel as if they have stepped into their own personal episode of Adventure Time, the hit animated series from Cartoon Network.

Roam the halls of Monster High in full 3D, and for the first time experience a ghoul’s life on Xbox 360 and PlayStation 3! Join the student body and begin your education as the newest ghoul in school.  Juggle your life as the new ghoul and build relationships with your classmates.  Compete to become the leader of the Fearleading Squad or Student Council President in fast-paced mini-games.   Be Yourself. Be Unique. Be a Monster.

Barbie® and her Sisters Puppy Rescue comes to Nintendo 3DS™, Wii™ and Wii U™, and for the first time, on PlayStation 3® and Xbox 360® this fall.

Set in Barbie’s hometown  Willows, and inspired by the upcoming DVD Barbie and her Sisters in the Great Puppy Adventure,  players will join Barbie and her sisters –Skipper, Stacie and Chelsea – as they solve clues to find and rescue lost puppies in need.  Each sister will bring her own unique set of skills and activities to the game. Players can groom puppies at Chelsea’s Pup Care, or teach them new games at the Pup Camp with Stacie, resulting in a game filled with opportunities where girls can rescue, nurture, groom and ultimately have fun with the playful puppies!

Everyone feels like their puppy is the cutest puppy in the world and here’s a chance to prove it! Fans can enter their very own puppy for a chance to be featured in the game and preserve their puppy in Barbie history! Players can have their parent 18 or older submit a photo for a chance at one lucky pup making a star appearance in the game!  For more details visit http://www.littleorbit.com/barbie-contest/contest.html

Kung Fu Panda: Showdown of Legendary Legends will bring fans a fresh and fist-pumping way to experience DreamWorks Animation’s beloved martial arts warrior with explosive, fast-as-lightning action! With a variety of challenging local and online multiplayer levels, familiar and new film locations and over 20 playable fan-favorite Kung Fu Panda characters, the game will appeal to gamers who like their brawler games served up with a side of laughter … and dumplings.  Spanning across the cast of all three films, the game will be centered on an epic tournament where all warriors compete for glory. Exciting additional content, including characters and locations, will be added post-launch via digital download.

“E3 is a great opportunity for us to show off what we do best; exciting entertainment for the whole family,” said Matt Scott, CEO of Little Orbit.  “This year we are thrilled to bring some of these fan-favorites to next-gen consoles and are looking forward to showing the games for the first time at the show.”

For more information on these upcoming releases, be sure to follow Little Orbit on Twitter and check out the Little Orbit Homepage.