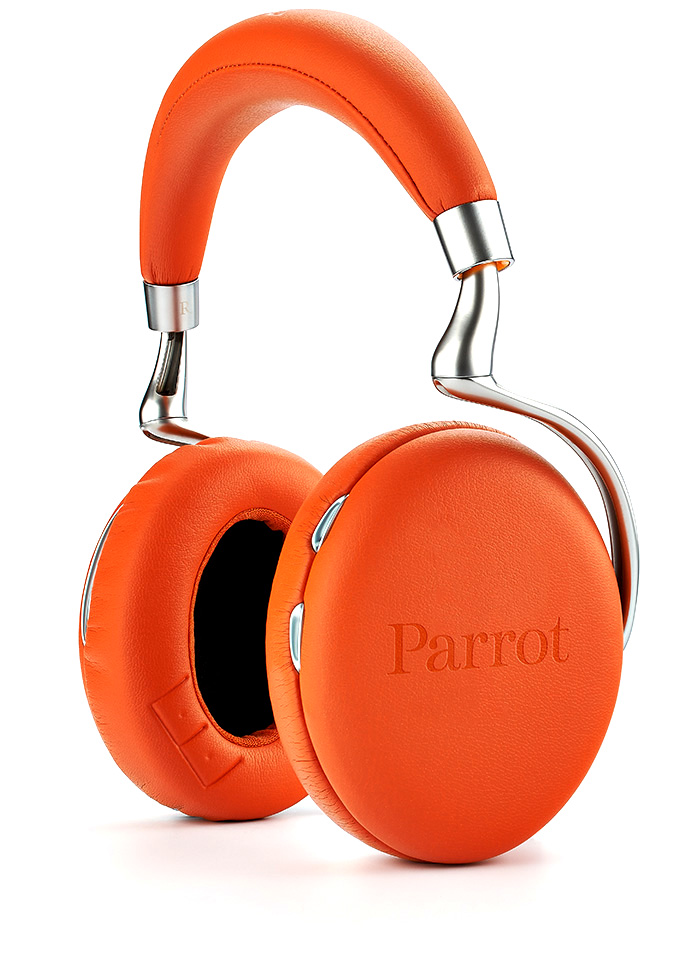 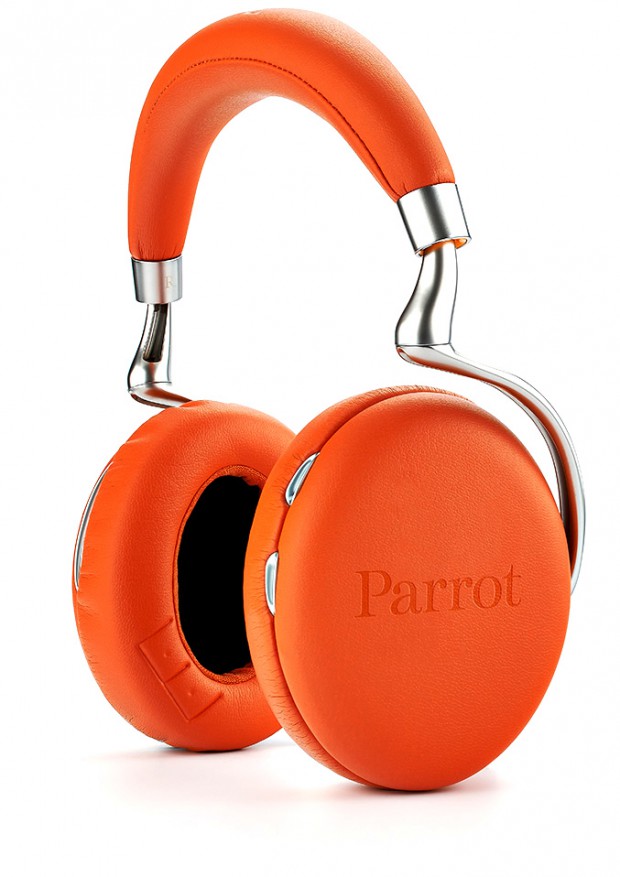 Parrot, the company long-known for their line of remote controlled drones, let us borrow a set of their Zik 2.0 headphones for review, and I am very glad they did. These headphones have been lauded time and time again for their array of sensors and features. I was curious if they would live up to all the hype, so I unboxed them and began an audio journey of discovery.

On a purely design level, the Parrot Zik 2.0 headphones don’t appear all that impressive. They consist of a large pair of cans lined with a faux-leather material that cover the user’s entire ear attached together by a thin metal frame. Even the head band cushioning is understated. There is really nothing visually about the Zik 2.0 headphones that would have led me to believe they are as functional as they are. Maybe that is even more impressive – not that they do all they do, but they do it all while not appearing like they should (ed. note: Check out THAT sentence!).

The most basic of its features is wireless capability – both in Bluetooth and NFC standards. Parrot also has a nifty control suite app that allows you to tweak your audio until your heart’s content. The app is easy to navigate and doesn’t detract from the experience of using the Zik 2.0 headphones. The Zik 2.0 headphones also have a very impressive positional sensor that will detect whether or not the headphones are on your head! If they are removed from your head, the Zik 2.0 will automatically pause your music! Once you place them back on your noggin’, the music will resume. The sides of the soft ear cups feature a nifty gesture-based, touch-control system which allow you to engage Siri, change tracks, volume, etc. 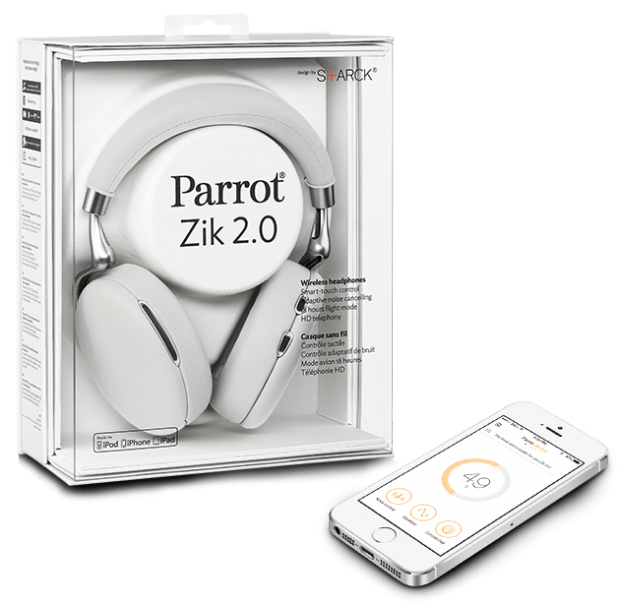 Parrot has also put a really effective active noise-cancellation system into the Zik 2.0 headphones. When engaged, outside sounds simply disappear and you are left with nothing but your music, etc. It has to be heard to be believed. Also as cool, is that the Zik 2.0 headphones feature a street mode which funnels outside audio into the ear cups so you can hear what is going on around you. I highly recommend this mode if you using the Zik 2.0’s while walking in public. Too many distracted pedestrians accidentally step into traffic these days.

In terms of its overall sound quality, you will probably find music to be a little “flat” in its generic, out of the box settings. You really need to tune an equalizer – whether it be at your source or via the Zik application itself – to get the best audio experience possible. Once you have accomplished this, the sound is very good and I enjoyed them almost as much as the V-Moda Crossfade M100 headphones for at-home use. For on-the-go usage, however, I would take the Zik 2.0 headphones over the V-Moda model as it is much more traveler-friendly with its smartphone interface and amazing noise cancellation for those long journeys by air, rail, or wheel.