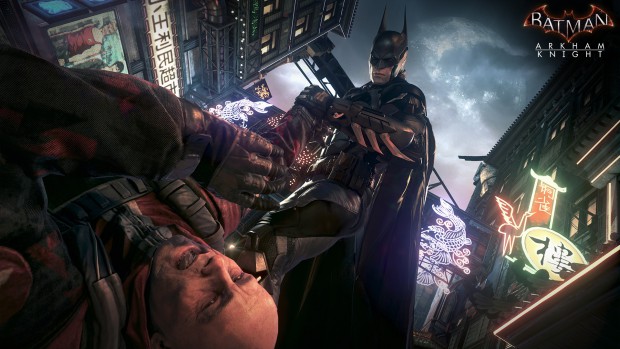 May 21, 2015 — Warner Bros. Interactive Entertainment and DC Entertainment today released a live action video from the upcoming Batman: Arkham Knight game. Directed by Tim Cronenweth and Jeff Cronenweth (director of photography for Gone Girl, The Girl with the Dragon Tattoo and Fight Club), with Trent Reznor serving as music consultant, the Official Batman: Arkham Knight Trailer – “Be The Batman” features “The Wretched” by Nine Inch Nails and showcases everyday people being determined, courageous and fearless as they rise to become the Batman.

Batman: Arkham Knight is based on DC Comics’ core Batman license and will be available on June 23, 2015 exclusively for the PlayStation®4 computer entertainment system, Xbox One, the all-in-one games and entertainment system from Microsoft, and Windows PC.