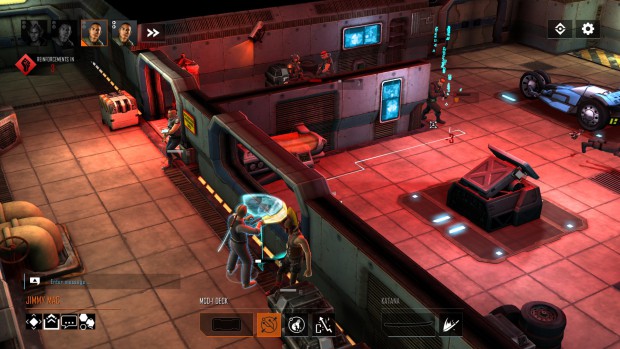 April 30, 2015 — Following its release this week, Shadowrun Chronicles has received lots of positive feedback from players for its tactical gameplay and great co-op experience. Today, the first update has been released, which fixes several server lag problems and balancing issues reported by players.

“We have been up night and day talking to our players in and out of game, collecting their feedback and discussing our vision for the game, said Florian Scherz, Product Manager at Cliffhanger Productions. “We are happy about the positive reaction and the great fun people are having in co-op have been listening to their feedback by updating the game as quickly as possible. Even a massive power-outage hasn’t stopped our team from working on the game.”

Along with the update, Cliffhanger has released a new video, showing the team making a “Legend Run” (more about those, below)

Have you ever dreamt of running the shadows with a true street legend? Now is your chance – with new Legend Runs that let you join Jason Hardy, Catalyst’s Line Editor for Shadowrun and the mastermind behind all current Shadowrun plots, “Bull” Ratkovich, famous for inheriting Jackpoint and fearless leader of the SR demo team and Aaron Pavao, who has contributed to over a dozen Shadowrun books. This is a unique opportunity to meet these Shadowrun legends in the virtual flesh, ask them questions and – if you are lucky – go on a run with them. Future Legend runs will feature Jordan Weisman, creator of Shadowrun and Shadowrun Returns and Mike Mulvihil, long time Shadowrun author both from Harebrained Schemes.