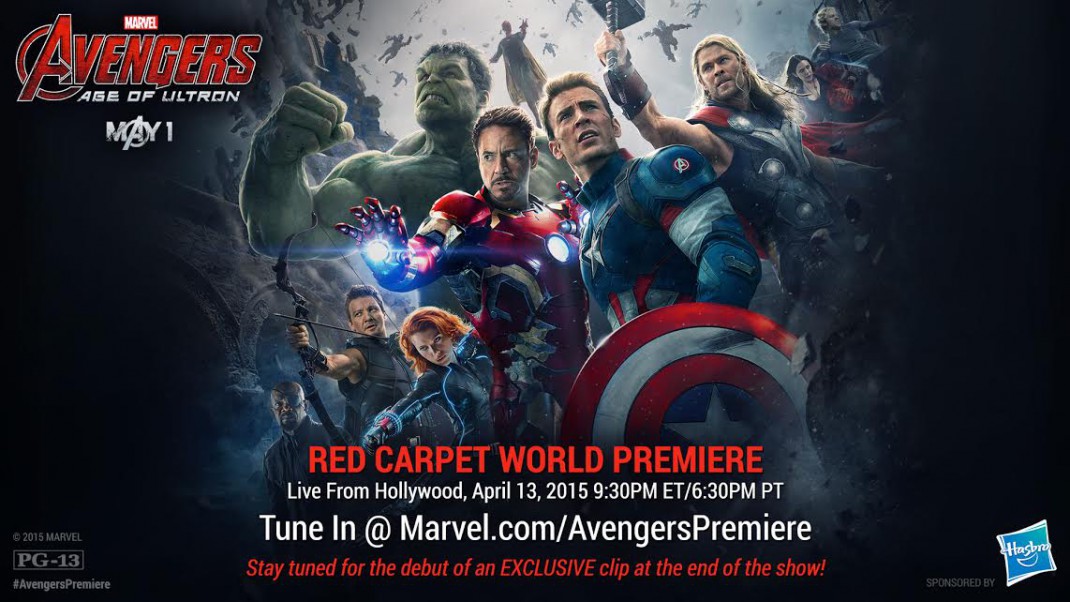 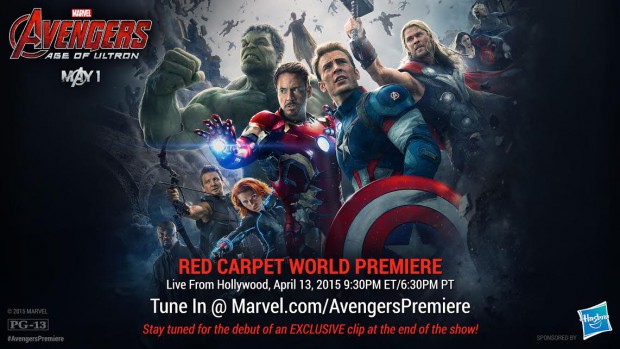 April 10, 2015 — Marvel proudly invites one and all to experience the World Premiere of Marvel’s “Avengers: Age of Ultron,” LIVE from Hollywood! On April 13, 2015 at 6:30 p.m. PT/9:30 p.m. ET visit marvel.com/AvengersPremiere and watch as your favorite stars arrive at the legendary Dolby Theater. Plus, stay until the end of the live stream to see the debut of an EXCLUSIVE clip from Marvel’s “Avengers: Age of Ultron”!

Sponsored by Hasbro, this LIVE event will get you up close and personal with the cast of Marvel’s “Avengers: Age of Ultron” like no one else can!