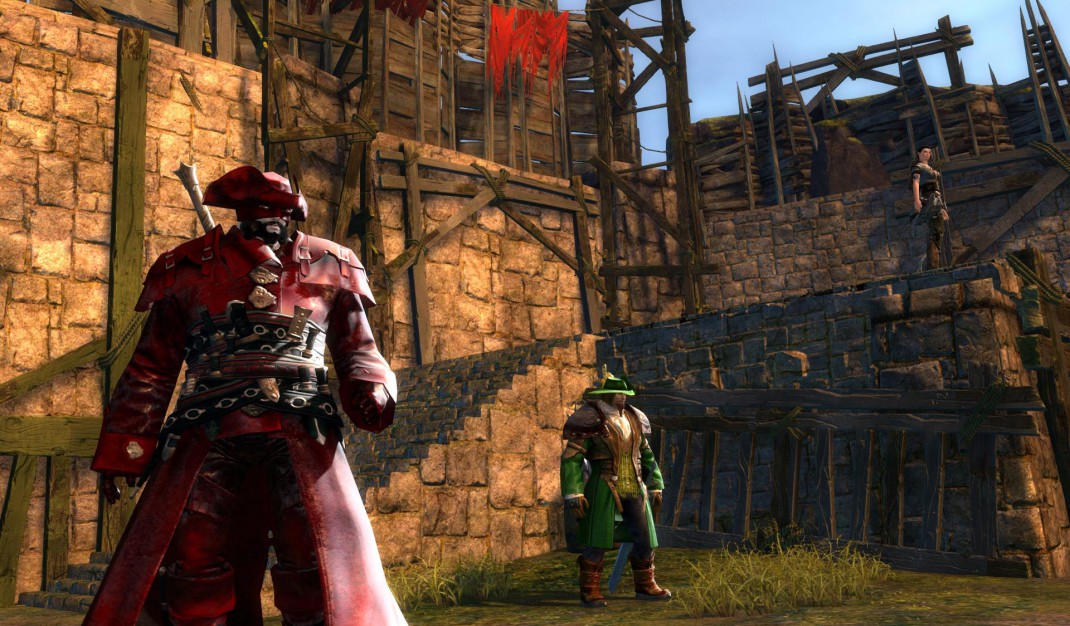 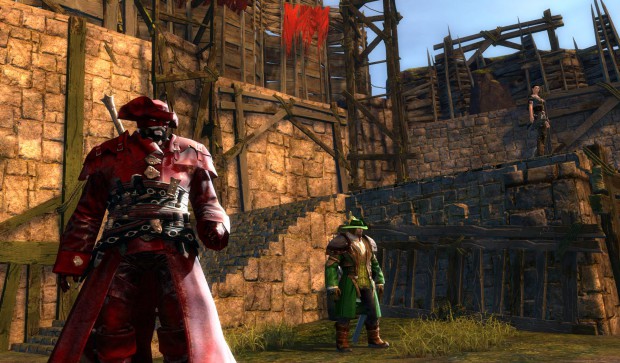 BELLEVUE, Wash. – April 9, 2015: ArenaNet™, publisher and developer of the acclaimed Guild Warsfranchise, today announced that Stronghold, the new player versus player (PvP) mode coming to Guild Wars 2: Heart of Thorns, will be playable in the live game for all current Guild Wars 2 players in North America and Europe as part of an upcoming public beta test. Starting on Tuesday, April 14 at 12 p.m. PT and running for 24-hours, all players in the West with Guild Wars 2 accounts will have the option to try Stronghold and put their skills to the test in this exciting new competitive mode that blends deep strategy, role-based play and immersive story elements into PvP. Stronghold was unveiled earlier this year as one of the key features coming with Guild Wars 2: Heart of Thorns, ArenaNet’s upcoming expansion to Guild Wars 2.

To invite everyone to join in the excitement, ArenaNet is marking this first public beta test for Guild Wars 2: Heart of Thorns with a series of livestream specials on Twitch that include fierce matches featuring developers and special guests. The studio is also enticing new players to join by launching a massive sale onGuild Wars 2 with a 75 percent discount on the game.  The sale starts at 10 a.m. PT tomorrow, April 10, and runs until 11:59 p.m. PT on Sunday, April 13. During this time, the game’s Digital Heroic Edition will be $9.99 and the Digital Deluxe edition will be $14.99 when purchased at buy.guildwars2.com.

ArenaNet’s Stronghold Twitch programming starts with a special episode of “Ready Up” featuring a Stronghold boot camp, scheduled for 12 p.m. PT tomorrow, April 10, on the official Guild Wars 2 Twitch channel. Show host Joshua Davis and Stronghold designer Hugh Norfolk will walk viewers through how to play this new PvP mode ahead of the beta going live. Then starting at 1 p.m. PT on April 14, shortly after the Stronghold public beta becomes available in-game, ArenaNet will begin broadcasting and hosting livestreams throughout the day. Tune in and watch ArenaNet developers and popular Twitch streamers as they play in heated Stronghold matches, exploring this new PvP mode and exposing new strategies and tactics. A schedule of ArenaNet’s day-long Twitch programming on April 14 appears at bottom.

Stronghold offers an entirely new way to play and watch competitive PvP in Guild Wars 2. In the inaugural map, the Battle of Champion’s Dusk, players take on the role of pirates or knights as they work with their allies to kill the opposing team’s lord. The mode features NPCs that players can hire for supply to help their team tear down the enemy’s gates and take down their defenses. These heroes provide new tactical and strategic opportunities for players. Whether players are fighting over supply, pushing or defending a lane, getting doorbreakers to the front line, or destroying enemies, every team member will have a key role and players will always be actively engaged.

During this 24-hour public beta, Stronghold will be the only mode available to all players in Unranked Arena, while the game’s traditional Conquest PvP mode will still be available in Ranked Arena. The revenant profession, the new playable class coming with Guild Wars 2: Heart of Thorns, will not be available in this beta test. Players will instead be able to beta test the new mode using any character tied to their account.

To follow all of the latest updates on Guild Wars 2: Heart of Thorns and learn more about Stronghold, please visit www.guildwars2.com.