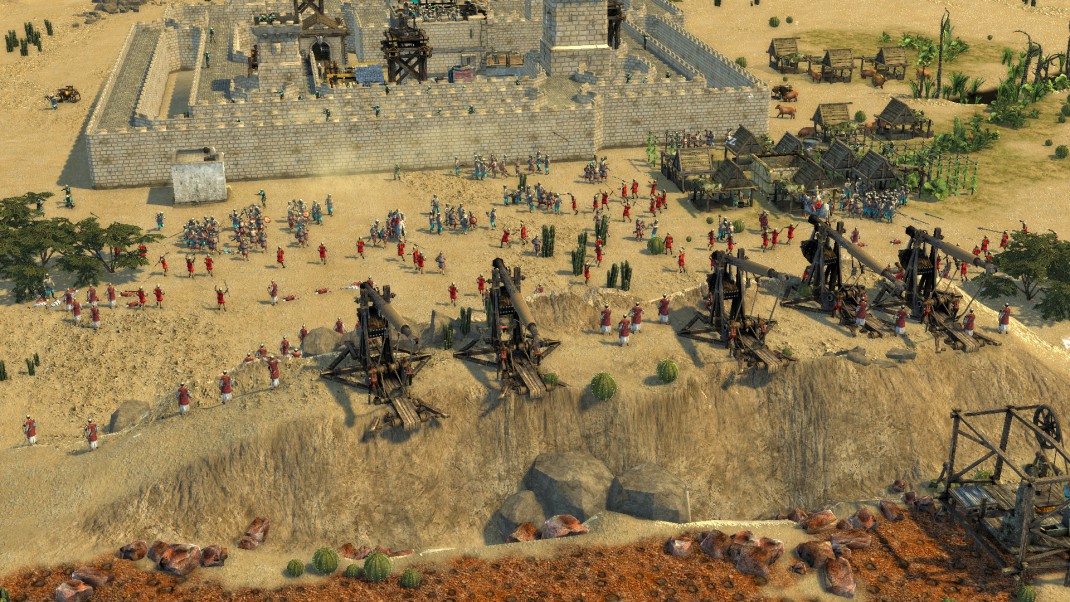 Stronghold Crusader 2: The Princess and the Pig DLC – A Review (PC) 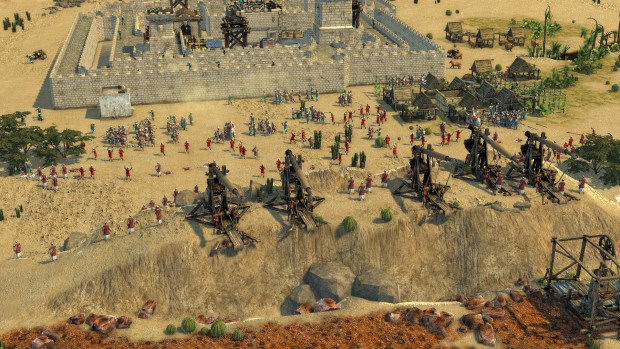 What I found interesting about The Princess and the Pig is that the back story for each character influenced their AI design and how they will utilize their resources during games. I liked how story line and game play worked well here to give you some interesting opponents to deal with. You cannot simply use the same tactic against the Pig as you would against The Princess or even Saladin. You will need to change your tactics to fit your opponent. 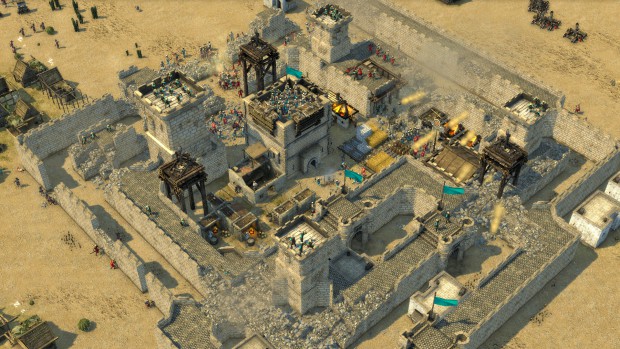 The Pig began life in England experiencing starvation at the hands of an abusive parent. When the Pig was old enough, he ran away from home and joined a group of bandits. Having proved himself quite capable in combat, the Pig quickly rose in ranks and began taking the finest spoils of each raid for himself. Taking to overeating, the Pig eventually grew in size to match his name. Having become a force to be reckoned with, the Pig eventually earned a Dukedom by allying himself with The Wolf.

The Pig plays Stronghold Crusader 2 like you would expect him to based on his back story, with brute force and no finesse. He will use very thick walls, arranged in layers to help protect his castle from siege. Even if you do find a crack in his defense, you will be met with heavy macemen in thick armor to beat back your attack. On offence, the Pig’s tactics remain the same. He will use the same macemen and heavy catapults to crush your walls then beat you into submission.

The Princess is a completely different type of character. Being born into privilege, the Princess has never had to prove anything to anyone nor has she ever wanted for anything. After securing her place in the royal court, she began to test herself as a military commander on the battlefield, earning victory after victory. The Princess is a confident and fearless opponent on the battlefield, taking risks that always seems to come up in her favor. 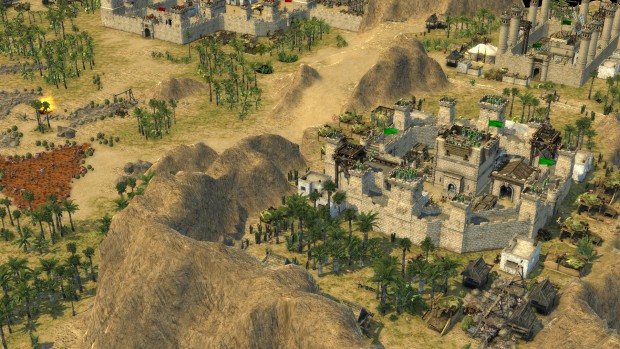 The Princess builds her army for any type of situation that she might imagine. Her castle is defended by armored knights and many towers manned by archers. While easier to break into then the Pig’s fortress, the Princess’s fortress will whittle your force down by using the long range of the archers before you even reach the walls. Her army is made up of a combination of heavy troops and faster, mobile troops that are supported by archers and siege weapons. The Princess comes to battle expecting any situation and has the ability to adjust to a different situation on the fly.

The Princess and the Pig DLC pack for Stronghold Crusader 2 is a pack that the long time player will absolutely love due to the subtle nuances of the AI within this game. If you have only spent an hour or two with Stronghold Crusader 2, you will like the new missions and the new dialogue that you will get from the new characters, but you will not see how each character will handle their armies and the fluid situation of the battle differently, unlike someone who has spent hours with the game.

The Princess and the Pig DLC pack for Stronghold Crusader 2 is how DLC used to be handled a few years ago, it adds more to the game without breaking the original game, nor does it make the original game worthless to those that do not own the dlc pack. Containing a new skirmish trail with some new maps and a couple more new AI. the Princess and the Pig DLC pack adds more content to the main game for the very modest price of $6. If you own Stronghold Crusader 2 and are looking for some new challenges that do not involve online multiplayer, then this pack is right up your ally. If you haven’t spent time playing Stronghold Crusader 2 and are looking into this DLC, I would say wait until you have finished the main campaign, you will enjoy this pack much more after spending a few more hours with the main game. The Princess and the Pig is available now through Steam.