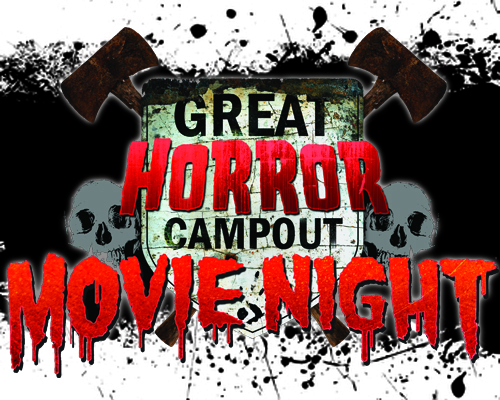 Los Angeles, CA – March 26​, 2015 – The creators of The Great Horror Campout announced today a second outdoor movie night for their fans with a screening of The Exorcist on April 17th in Griffith Park.

The Great Horror Campout, which debuted in 2013 as a 12-hour overnight immersive horror camping adventure, is bringing interactive filmmaking to its fans for a second time in 2015.  The first Friday the 13th screening was widely received at their first Griffith Park movie night, selling out in 6 days.  None other thanThe Great Horror Campout’s, Camp Headmaster, will host the upcoming event.

“Horror isn’t a seasonal experience,” said Melissa Carbone, CEO of Ten Thirty One Productions.  “We want to pull people’s brains out of that seasonal cage because there is nothing more exhilarating than the adrenaline rush that comes from this genre.  Let’s feel that all year round and let’s take the action off the screens and bring it into people’s personal space a little more than an average movie. Nobody can do that better than the Great Horror Campout, Camp Headmaster.”

Moviegoers can expect pre movie festivities, prizes, character interaction and much more. Guests are encouraged to pack picnic baskets and blankets and to come early to get into the spirit of being scared.   Additionally, Hellmasters (the elite campers who have won the coveted title at a past Great Horror Campout) will receive a special “Buy One Get One” discount and also receive reserved seating when they arrive on site wearing their Hellmaster Sash.  Ticket’s are on sale for $15 per person.

Ten Thirty One’s Production of The Great Horror Campout is due to return to Los Angeles on June 5-6, 2015.   The company is offering a $10 ticket discount to the upcoming production if you purchase your GHC ticket on or before April 17th, using the PROMO CODE: Exorcist.  Get tickets now at http://www.greathorrorcampout.com/.

Please note: We are expecting to sell out very quickly, so advanced ticket purchase is highly recommended. Seating is general admission and first come, first serve.  Blankets or low ground chairs are suggested as courtesy to other guests. Masks, face paint and prop weapons are prohibited for all guests safety. Film and pre-show content may not be suitable for all ages. Please read more about movie ratings at www.mpaa.org/film-rating.