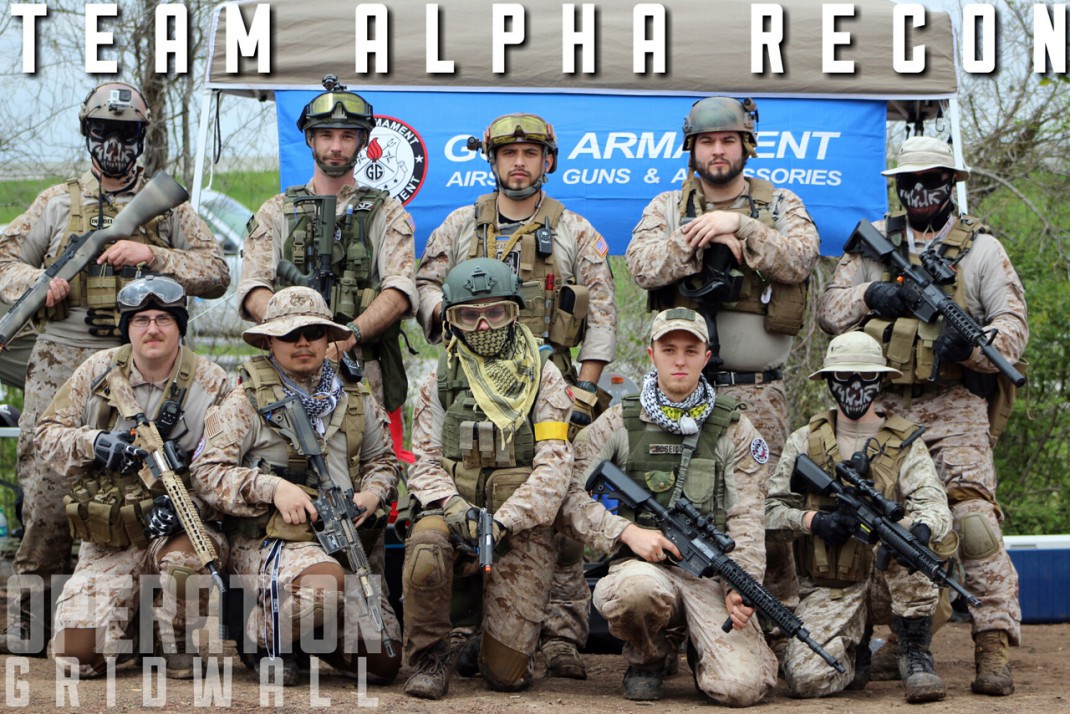 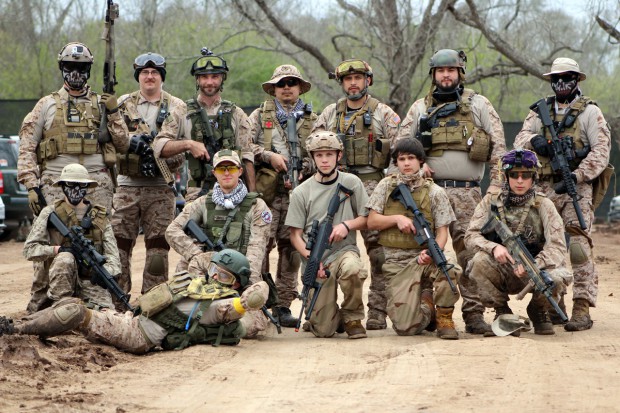 Recently, I got to interview the guys at Team Alpha Recon – a well-known, Texas-based airsoft team making waves in the action sports community with their upcoming Op. Red Bear. I’d like to thank “Reaper” and “XL” from Team Alpha Recon for taking the time to answer our questions.

Q) Hey Reaper! Thanks so much for taking the time to do this interview. You are one of the co-founders of the Team Alpha Recon airsoft team. Could you tell us a bit about your team in general? How it came about, how long you have been a team, number of members, etc?

A) No problem, we are honored to be a part of it Jerry. XL and I met in mid-2013 when we first discovered “Milsim” and we became very interested in the unofficial sport.We began buying gear slowly as we gradually learned about big name brands. Shortly after a few training sessions, we created Team Alpha Recon; in the beginning it was very slow for us because we didn’t know about all the National Ops. We first attended a local operation called “Op. Gridwall” which is located at Tank’s Paintball in Richmond, TX. This is where we quickly became part of the community and started making a name for ourselves. A little over a year later, we have acquired over 20 teammates ranging from 14 – 45 years of age.

Q) There are probably as many ways to coordinate and organize an airsoft team as there are teams themselves. How does Team Alpha Recon organize itself – fire teams, etc?

A) Being such a big team we first separated the adults from the younger guys.We usually break up into two fire teams and rely on our comms; we do this so we can be at two places at once giving fore from two different angles. You become more of a threat that way. 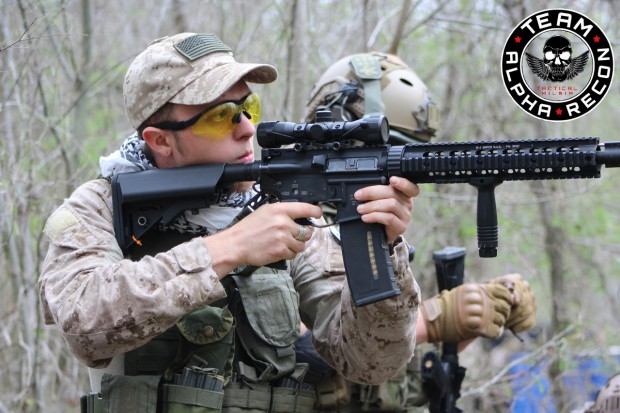 Q) Operating such a large team must come with some challenges. What kind of challenges, if any, do you encounter in keeping the team operating and everyone engaged?

A) Challenges you say? Definitely, you will always have small conflicts in a big group of guys. You don’t always know a player’s true personality until after a few times going out together. We’ve dealt with negative attitudes, guys not showing up to training, even an occasional argument between players. Being that we (XL and I) are both CO’s we have each other’s backs and handle any problem as a unit.

Q) How often does your team practice and train, and what kind of drills do you guys prefer?

A) We practice every Sunday when the weather allows us to. We like to do a lot of two man drills; it adds a whole other element to the drill. We study a lot of Haley Strategic doctrine so our drills tend to mimic theirs.

Q) Airsoft is definitely starting to become a multi-generational sport with players of nearly all ages participating. What is the age range of the players in Team Alpha Recon?

A) When we first began we started out as an adult only team with about 5 players. After getting some attention from the smaller ops, local juniors started asking if we could create a junior squad so that they could be apart of the team. So we did, our junior team consists of 14 – 17 years old and our adult team ranges in age from 18 – 45 years old. If you can operate, you can operate – age is just a number. 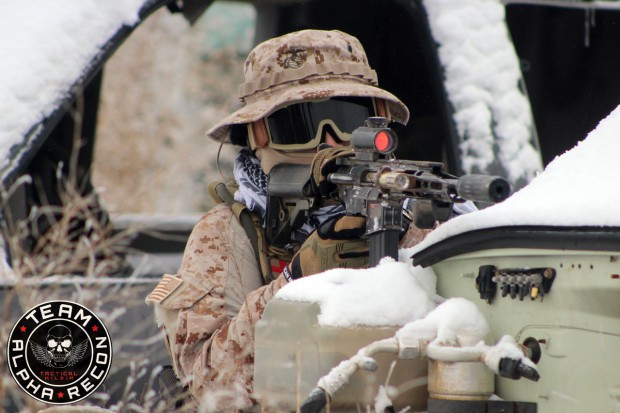 Q) Does Team Alpha Recon have any sponsors you would like to plug now or perhaps pursue in the future?

A) First I’d like to give our partners at Watch Your Six Clothing a shout out. We started a partnership with them shortly after making our team. We help them sell their gear and they return the favor for us! We are currently sponsored by Tanks Paintball in Richmond, TX. That being said, we are not sponsored with a major airsoft-specific company. We have had opportunities with local shops in the past but nothing promising for the team. We are patiently waiting for the right companies to partner with. Some of the companies we would like to work with are: Valken, Evike, Arisoft GI, AMS, Elite Force, KWA, G&G and Emerson.

Q) How does Team Alpha Recon work its recruitment procedures? Do you guys host dedicated “open houses” or just keep your eyes on players you meet on the field?

A) We look for players that are as dedicated as we are and can afford to put time and effort into training and our team, the rest can be developed within training. We want the sport to grow so being new to airsoft doesn’t necessarily mean that you’re not good, if you find that your friend is a little better than you, ask him to teach you anything simple that’ll help you. Those are the type of guys we are! We love to have fun and hang out but we do take our team seriously so you have to be very dedicated to be a part of TAR.

Q) Would you guys like to share any stories or anecdotes from your most memorable games or ops?

A) Well I’ll never forget the time we played a local team, who was supposed to be a pretty good and well known team. Outnumbered and not having the equipment like they did, we managed to win every round – most of the time without the single death of a teammate. After that game, we knew we could really compete in airsoft ops and take things to the next level.

Q) Now that we are at the start of the year, event hosts like American Milsim and Operation Lion Claws are both gearing up their new season. What are Team Alpha Recon’s next big games/ops coming up?

A) As of right now, we will be attending BB Wars at D14 in Dallas, Tx hosted by Airsoft GI; along with Broken Home 4, Iron claw 2 & the Reindeer game at the end of the year hosted by American Milsim. 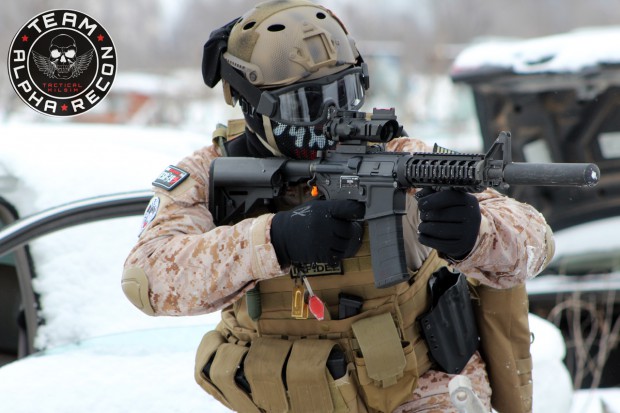 Q) Can you give us a rundown of your basic loadout? Any particular brands or types of guns, gear, etc you swear by and don’t leave home without?

A) Adult team – AOR 1 GEN 11 Emerson BDU’s (awesome fit and very operational). We run coyote tan gear and plate carriers but the rest is based on players preference. As of right now only the BDU’s and tan gear are a requirement. Weapons we run – M4,M14, SR25, G36c, R36k, etc. We only run BluFor weapons so that way if a teammate runs out of ammo, one of us can help out.

Q) What advice would you give players looking to start their own team?

A) If you want to start a team I’d say the first thing you should do is figure out exactly where you’d like your team to go. A plan or goal is vital to a team’s success. Always recruit guys that share the same passion you have for the sport – you’ll find out that half the guys that play show up whenever they want and aren’t very dedicated. Also, a team doesn’t necessarily have to be real big, a 5-7 man squad is perfect plus it’s easier to manage. So, good luck guys and I hope this ends up helping out!

Q) Thanks so much for taking the time to answer our questions, Reaper. Finally, is there anything else you would like our readers to know about Team Alpha Recon that we haven’t touched on already?

A) We would like people to know that we are hosting Op. Red Bear in Humble, TX this May 31st and hope to see you there! This sport means a lot to us and we will continue to help out the community as much as possible. Thank you so much for taking the time and remember, BANG BANG!!

Once again, we would like to say thank you to Reaper, XL, and the rest of Team Alpha Recon for taking the time to answer our questions! 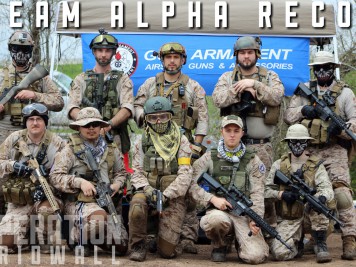 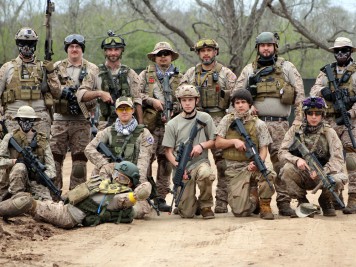 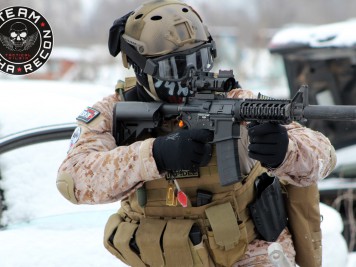 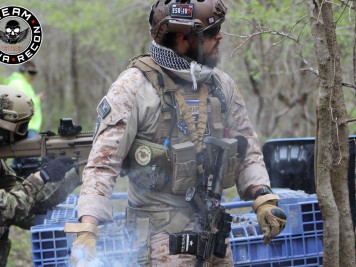 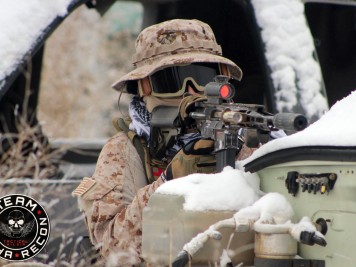 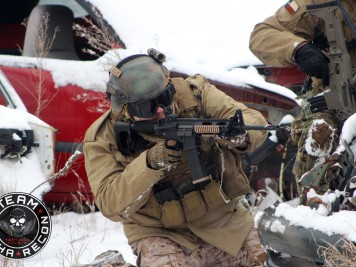 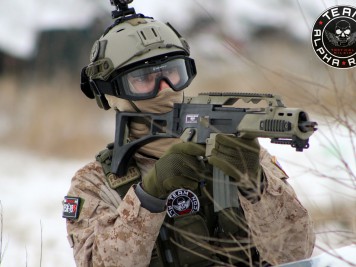 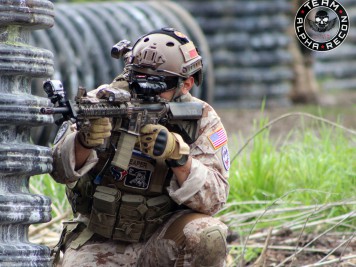 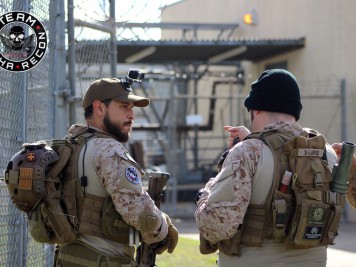 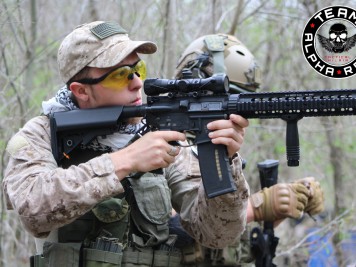 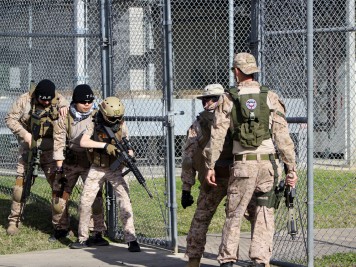