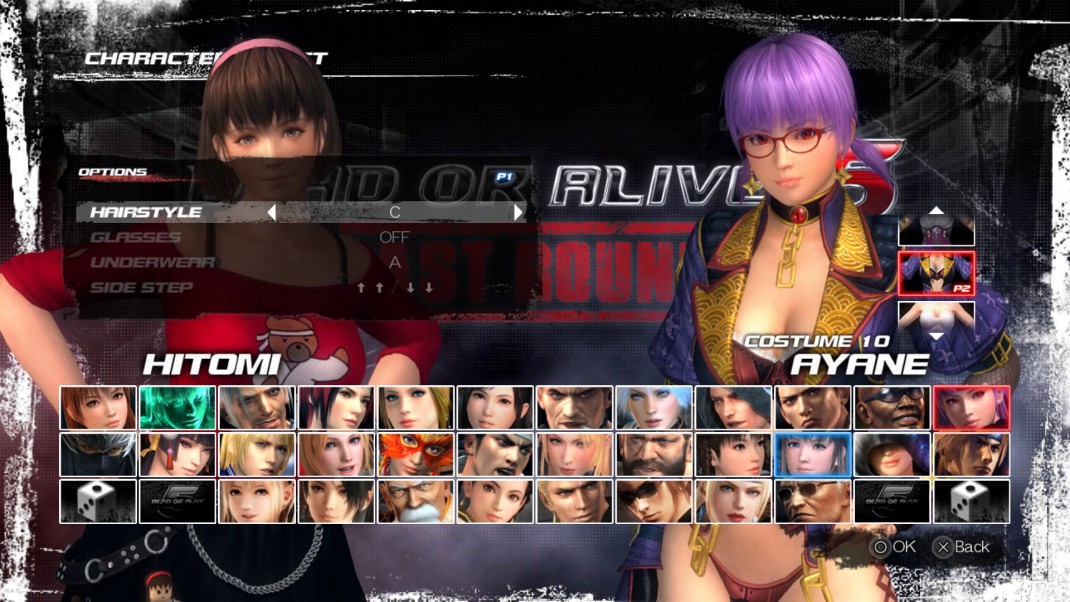 Dead or Alive 5: Last Round Review

I do enjoy a good fighting game from time to time. Remembering when I was younger, lining up my quarters on the Street Fighter or Mortal Kombat machine at the arcade only to be quickly stomped into submission when it was finally my turn at the controls. Needless to say, I’ve never really been that good at them. However, a solid fighting game like the most recent Mortal Kombat or Injustice: God’s Among Us can definitely take the sting of suck away when the beauty and fluidity of a fighting game takes hold. However, DoA5: Last Round fails to outdo its predecessors, not just recently, but over the history of fighting games taking hold in the gaming world.

First off, I’ve never played any of the previous DoA titles so I’m focusing just on the game mechanics, controls, and pretty much the raw game play. Now I will say, if you’re a fan of the series, the cut-scenes and story lines do continue along with what seems to be an ever-running story. However, if I wanted to watch a movie, I’d go do that instead (you wouldn’t really call me a fan of titles like Max Payne 3 and other games which focus more on the story than game play since I can pay half of the price of a game for a Blu-ray). 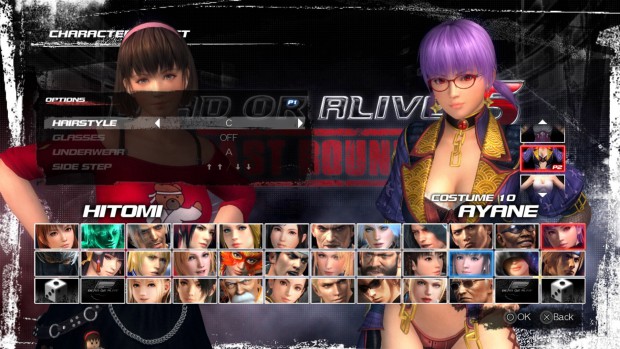 As far as the fighting mechanics itself, this is where Dead or Alive 5: Last Round falls flat. The fighting mechanics remind me a lot of old arcade titles like Virtua Fighter and Fighting Vipers where slow moving characters make some bone-crunching moves, knocking out barriers or electrifying arena ropes. However, a lack of jumping took me out of the action almost immediately. Again, not having been a long-time DoA player, I was constantly, out of habit, attempting to jump up, jump over my opponent, combine with a flying jump kick, anything. Alright, so maybe that’s a normal DoA thing but that just wasn’t doing it for me with characters that almost walk through the entire fight.

In-game cinematics like pre-game character verbal taunts are screamingly awful in how they are not synced up to the characters lips. Come on, people. This is 2015! They were doing that back in the Nintendo GameCube days. What happened to taking some extra time and giving your characters some more life so they dont look like they’re dubbing over a poorly translated 80’s ninja film. There’s really no excuse for that, ESPECIALLY with how much time is put into developing these characters and making them look as attractive as possible. 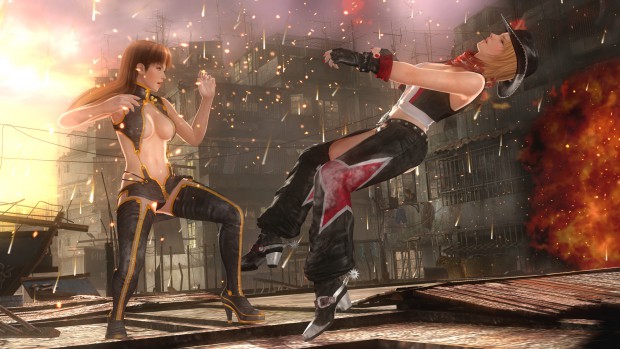 And let’s go with that statement for just a moment. What’s really the whole point of this game – playing a solid fighting game, or staring at huge digital breasts plowing out of skimpy outfits? While the mass of character choices is a positive feature of the game, the choice of clothes per character is ridiculous. Some have over a dozen different costumes to choose from. From the game mechanics, it seems that the real concern was how foxy they could make each round of combat? It doesn’t matter to me how a character in a game looks in an outfit if they cant seem to hold it together in the ring. Characters almost seem to quickly teleport from one position to the next when standing up from a hit or using some actions without their body going through all the motions. The hit points are somewhat off as well as there can sometimes be a delay from hitting an action button to the move being performed on-screen at times. This may be due to the somewhat sluggish movements from the characters, especially after recovering from a heavy hit but it not only makes the game frustrating, it also makes a slow battle even slower. And while you may be able to use the one-button punch mechanic over and over to cheat your way through a fight at times, it seems that the computer enjoys doing the exact same thing as well, preventing you from getting a shot across due to your character overacting a simple punch to the face (I thought these were professional fighters). 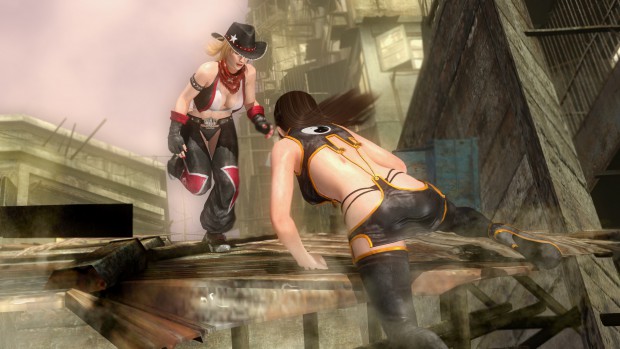 From the perspective of a gamer who has never played a DoA game in the series, DoA5:LR reminded much of the bummer that was the Fight Club game, a fighting game that just didn’t seem complete, was rushed to release, and was too slow to keep me enthralled in all the fighting (and in the case of DoA, bouncing) happening on screen. Maybe that’s why this game just didn’t do it for me, I suppose. I’d much rather play and enjoy a well crafted game than try to figure out what skimpy leather outfit looks best on the big-breasted blonde. This is a video game, not a dress-up session for a doll house with chronic assault issues.