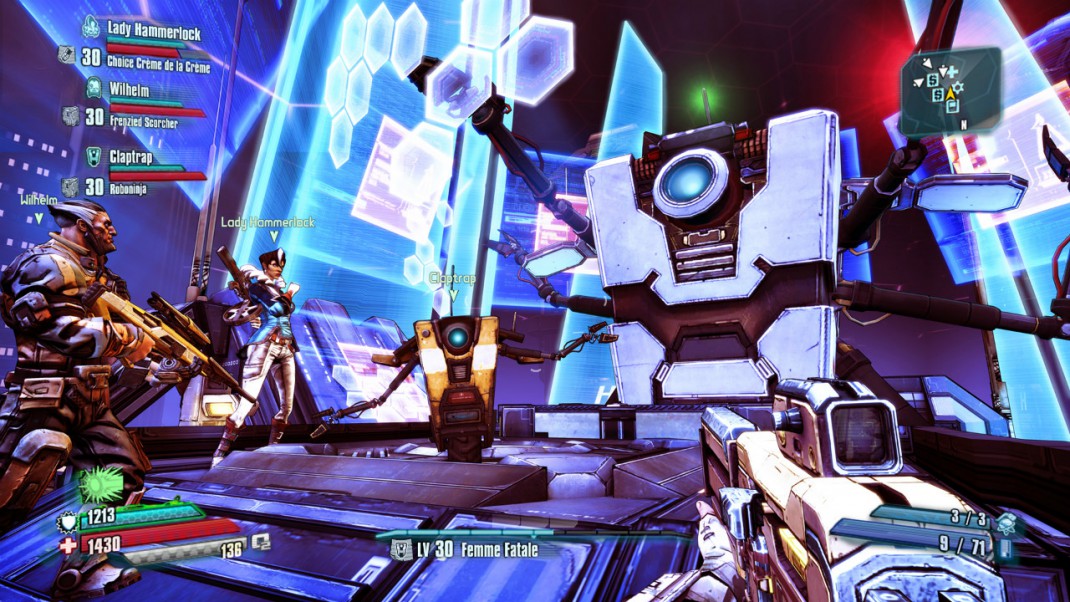 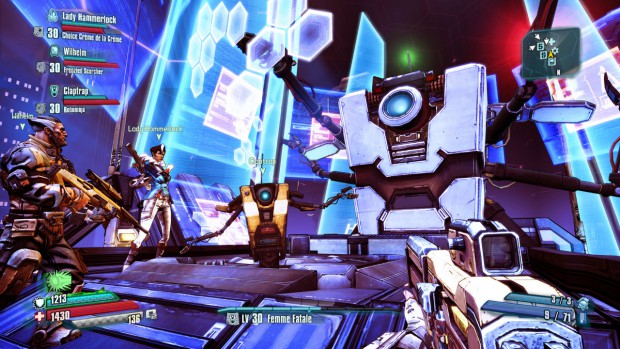 March 11, 2015 — 2K and Gearbox Software present the official trailer for the fourth add-on content pack for Borderlands: The Pre-Sequel, Claptastic Voyage and Ultimate Vault Hunter Upgrade Pack 2. As shown and announced on the Gearbox panel at PAX East, this add-on content pack is coming to Xbox 360, PS3 and PC on March 24th, as well as on Xbox One and PS4 via Borderlands: The Handsome Collection.

In Claptastic Voyage, Handsome Jack has found something ludicrously powerful inside Claptrap’s mind and has digitized his team to go in and get it. Claptastic Voyage offers Vault Hunters an all-new story campaign, unique enemies, weapons and irreparable psychological trauma. Also included in the add-on pack is the Ultimate Vault Hunter Upgrade Pack 2 which raises the level cap to 70, giving each character 10 new levels and 10 new skill points to earn.