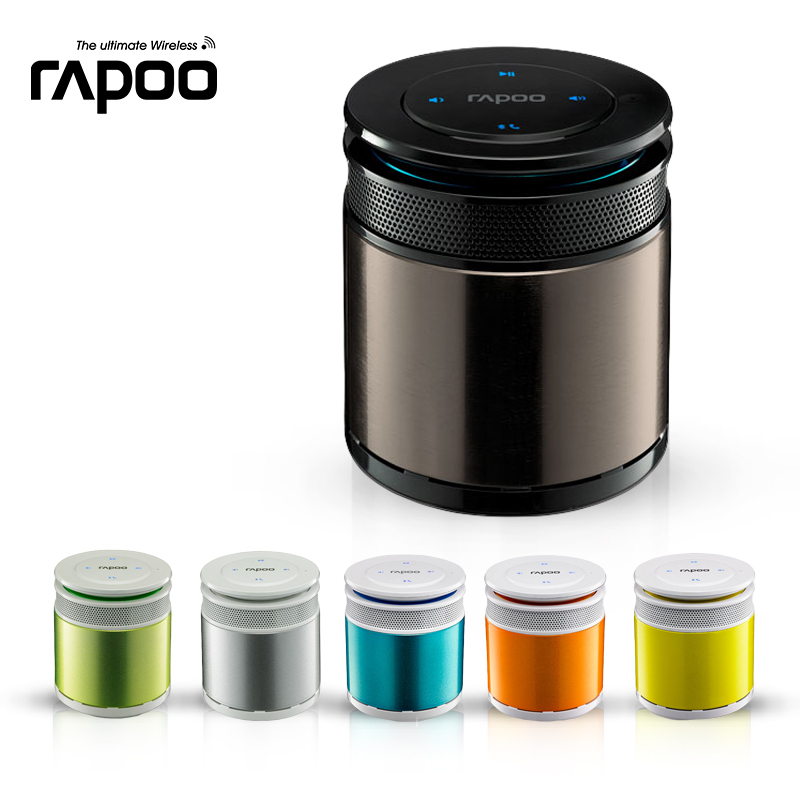 Rapoo A3060 Bluetooth Speaker – A Review 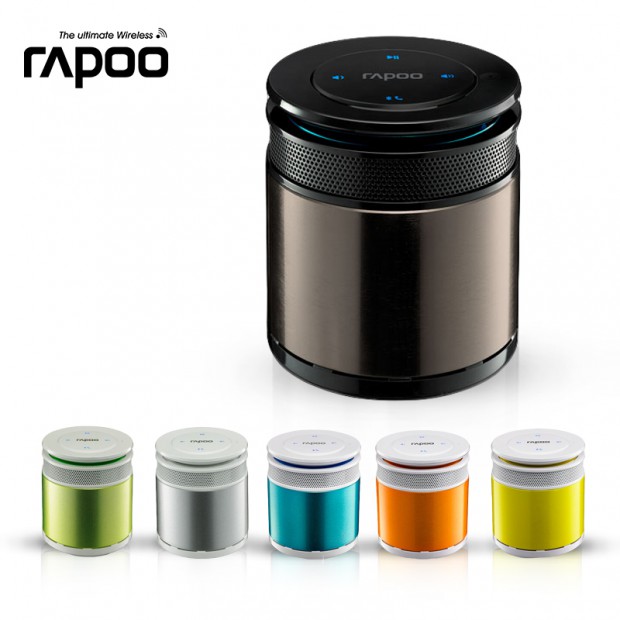 Part two of my bluetooth speaker week wraps up with my review of the Rapoo A3060 bluetooth speaker. The A3060 speaker is a smaller and cheaper speaker in comparison to the A500, with less features and connectivity to it’s larger and more expensive cousin. However, I ended up liking the A3060 more, due to it’s sound quality.

Packaging and Aesthetics
The Rapoo 3060 only comes with one connector out of the package, and that is a USB charger for the speaker itself. The A3060 is a nice, round speaker that stands about an 2 inches tall and about 1.5 inches wide. The A3060 comes in six metallic colors: yellow, black, green, silver, gold, and blue. I received the yellow version of the A3060, and have to say I like the way it looks. It’s small and round, so it does not take up much room on a crowded desk. The speaker design allows for a 360 degree listening arc, so no matter where it gets placed you will hear the music.

Connectivity
The A3060 can only be connected to a bluetooth device, it does not come with a 3.5 jack like the A500 does. This meant that I could not play anything from my non-bluetooth Ipod. Connecting the A3060 to a bluetooth device is simple enough, like it should be these days. I was able to stream Pandora through the A3060 at work with no troubles at all, until I would forget that my phone was in my pocket and I would walk out the door. Range on the bluetooth is decent enough to keep your phone in the same room as the speaker, but walk out with the phone and you will find that you are out of range of the speaker rather quickly. 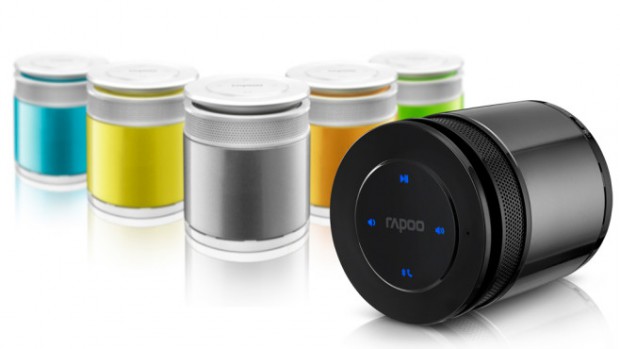 The A3060 also has voice commands, which I assume are there to help you connect your device. I say assume since the voice commands where in Chinese and not English, so I did not understand a thing that the A3060 said to me.

Sound
Sometimes spending more money does not always mean you will get the better product. When compared to the more expensive A500, the A3060 has a much deeper sound quality to it due to the design. Bass sounds much better on the A3060 then on the A500, while the highs and lows sounds just as clean. This gives the A3060 the edge over the A500 just on sound quality alone, and would be the better buy if it wasn’t for the lack of the 3.5 jack.

Final Thoughts
The A3060, for my money, is the better speaker compared to the A500 in sound quality, and in portability. However, what you gain in quality of sound, you will loose in connectivity. What would have made the A3060 a fantastic speaker instead of a good speaker would have been the addition of a 3.5 jack so you could connect your non-bluetooth devices to the speaker. Still, for something that will run you about $30 US, the A3060 is a decent quality speaker with some decent sound for its size. I just hope your Mandarin is up to speed if you want to understand the voice commands.