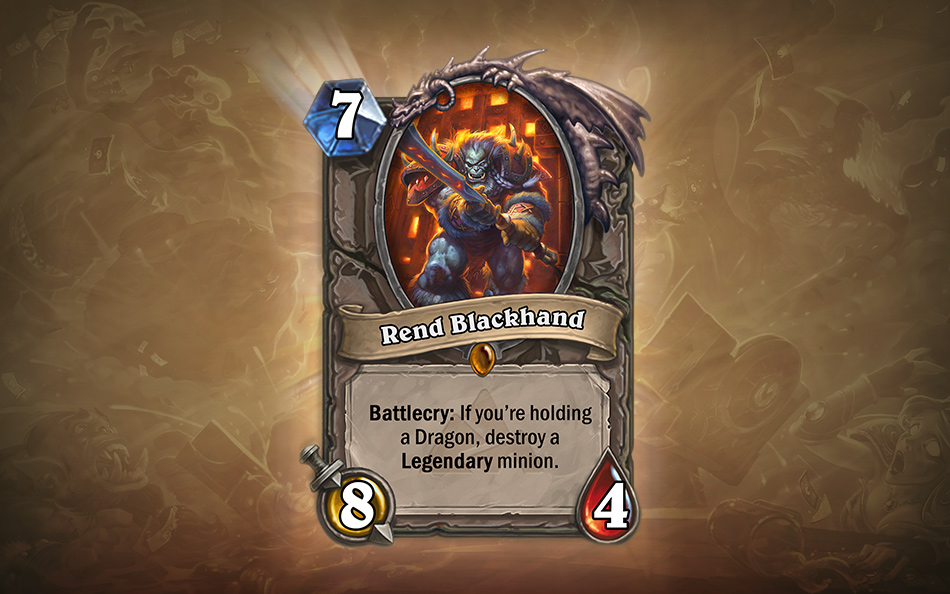 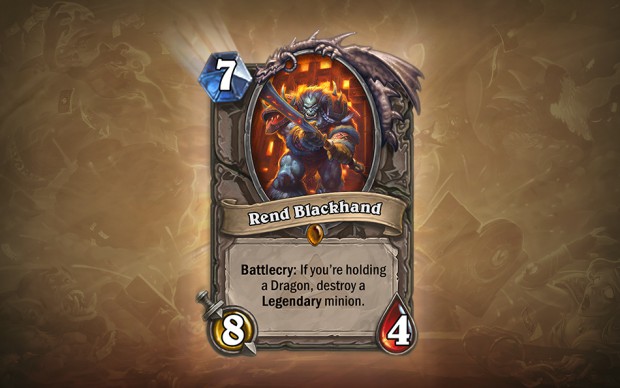 BOSTON, MA.—March 6, 2015—Blizzard Entertainment revealed today what’s in the cards for Hearthstone®: Heroes of Warcraft™ —an all-new Adventure that will challenge brave duelists to venture forth from the comfort of the tavern and plunge into the depths of Blackrock Mountain™! The newest addition to Hearthstone’s Adventure Mode will introduce a slew of new hot-headed bosses to put players’ dueling skills to the test.

The Blackrock Mountain Adventure thrusts Hearthstone players into the middle of a war between powerful forces battling for control of the mountain. There, duelists will encounter fierce minions, including Dark Iron dwarves, fire elementals, and dragons, before facing off against iconic menaces from theWarcraft® universe, such as Ragnaros, the Firelord. Card-slingers who take down these villains will reap a mighty reward—31 scorching new cards inspired by the legendary mountain and its denizens, bringing a wealth of new tactical options to the ever-evolving Hearthstone metagame.

Coming this April to PC, Windows and Android™ tablets, and iPad®, Blackrock Mountain will open up one wing per week over the course of a month. As with the game’s first Adventure, Curse of Naxxramas, it will be accessible for either 700 in-game gold per wing or $6.99 per wing, with the entire Adventure purchasable for $24.99. Further details, including specific launch timing, will be announced in the weeks ahead. Preorders (real money only) for Blackrock Mountain will be available starting March 19, and will include an exclusive card back to those duelists ready to take on what lies within the mountain when it opens.

To read up on all things Blackrock Mountain, visit www.playhearthstone.com.