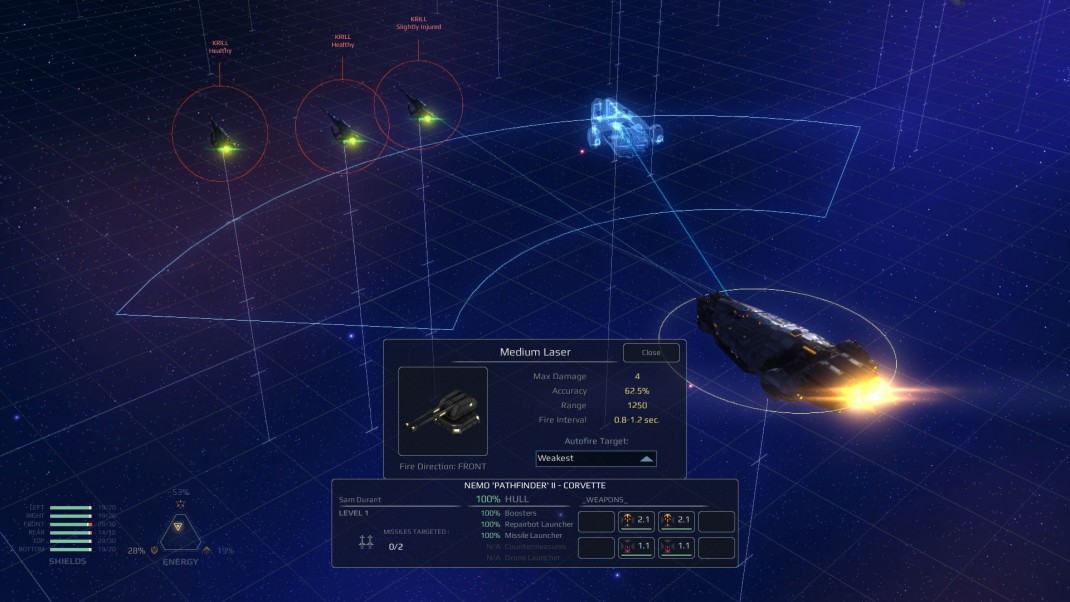 Epsom, UK – March 04, 2015 — 22nd Century – Exiled on Novus – a distant exoplanet – as Earth was not able to shelter humanity anymore, a few courageous settlers struggle to survive in one of the most dangerous places in the universe. Their First Contact War with the nautilid species is still fresh in everyone’s mind. Communicating with such aggressive aliens has never been an option. And the new furtive offensive they are preparing is another step towards bloody war!

Today we are excited to announce the development of a new 3D tactical space battles game called Star Hammer : The Vanguard Prophecy. Developer Black Lab Games is focused on designing a fascinating sci-fi game in which players will not only step into the shoes of a fleet commander – carefully selecting their spaceships and crew members – but also be at the spearhead of their squadron, maneuvering their capital ships like a hard-boiled captain!

The nautilid threat is as varied as it is innumerable and the game offers plenty of tactical situations in which players will have to take painful decisions. To succeed, players will need to be quick-learners to identify the weaknesses of the enemy and adopt an offensive behavior only when a clear breach appears. We have lost count of all the daredevil commanders who have already sacrificed all in the service of Humanity

This approachable tactical game is now ready to enter the beta phase on PC! And we invite players to help us test it! By signing up for the beta, players will have a chance to be selected to be one of the lucky few who will be able experience Star Hammer: The Vanguard Prophecy before release and help us with the final touches, ensuring a smooth release in a few months.

Players can sign up for the beta by clicking here.

Get more information on Star Hammer : The Vanguard Prophecy from its official product page.