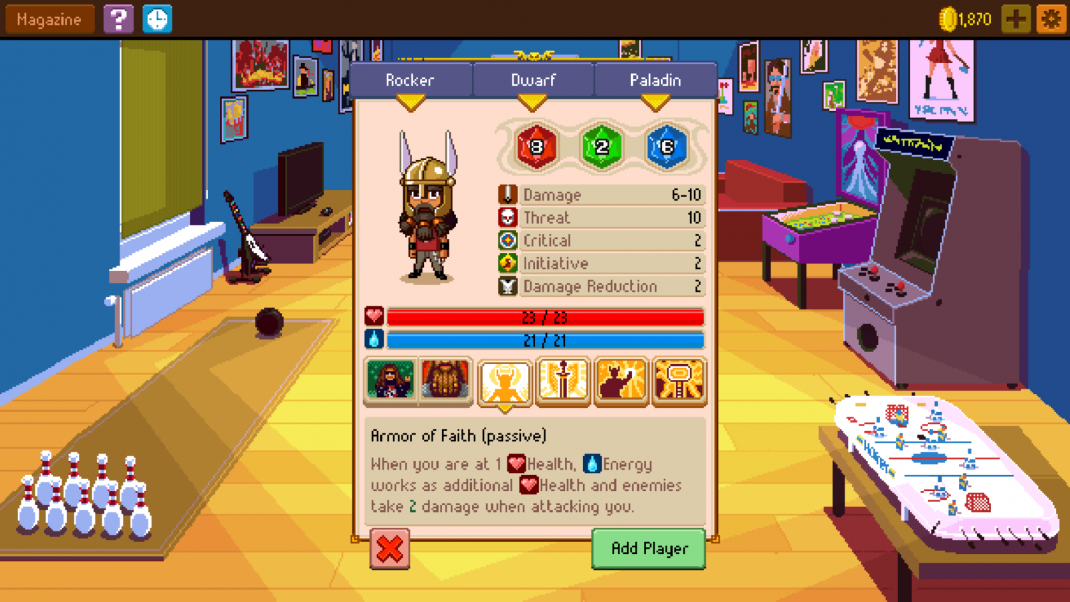 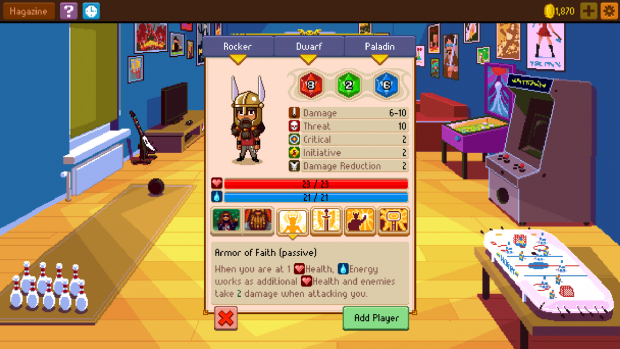 Use the under-appreciated Appraise skill on this trailer:

Return to the dicey world of Knights of Pen & Paper for a new turn-based adventure, where players get to take on the role of players, and also of the game’s encounter-designing, rules-laywering GM in a fully customizable party. Assemble a group of virtual friends, dress them in class-specific hats, and take on an all-new series of quests, including dynamic dungeons, an improved combat system, new loot and crafting mechanics, and more, as the party faces its greatest challenge yet: the new edition of the ruleset.

Knights of Pen & Paper 2 rolls with the following features:

•    +2 to Impress: The retro adventure makes the leap from simulated 8-bit graphics to simulated 16-bit graphics, providing players with twice the bits
•    New Racial Feats: Customize your party members by choosing players such as the Goth or the Rocker, classes such as Wizard or Thief, and for the first time, races such as Dwarves and Elves
•    A Game of Throws: Face the whims of the d20 in an overhauled combat system, new crafting and loot, dynamically generated dungeons, and a variety of nail-biting saving throws
•    Entirely Too Many Gaming and Pop Culture Jokes: Seriously

“When you allow people at your company to dress up in wizard robes and suits of armor, sometimes you wind up with games like Knights of Pen & Paper 2,” said Fredrik Wester, CEO of Paradox Interactive. “We’re going to be showing off the game in person this week at GDC. I wanted to reveal it during the DICE conference, but nobody agreed with me.”

For more information about Knights of Pen & Paper 2, visit http://www.knightsofpenandpaper.com