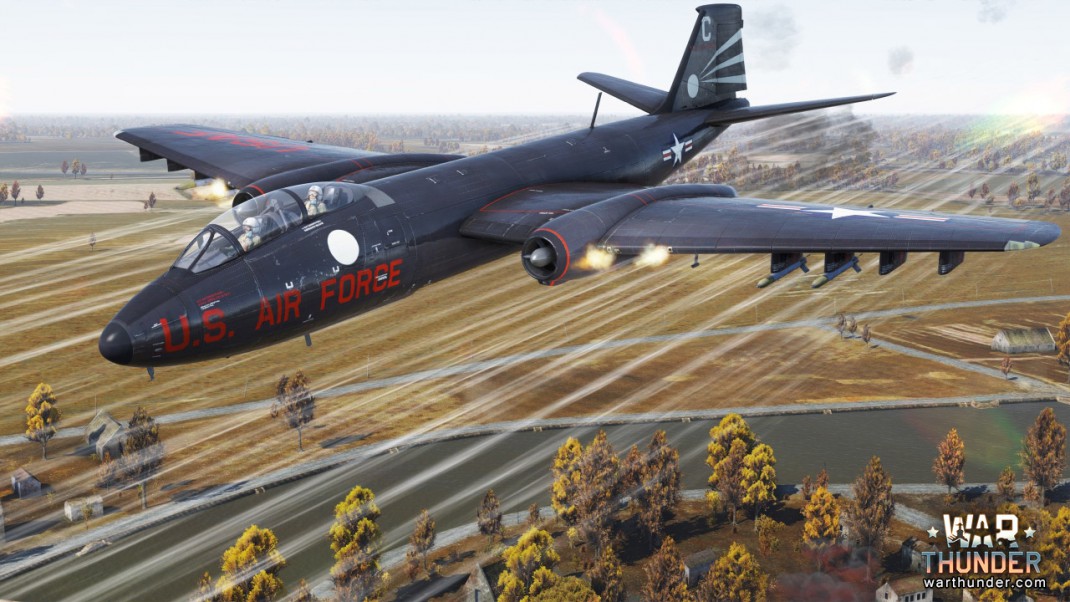 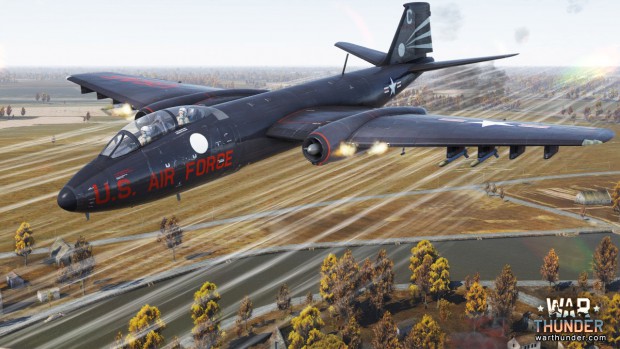 The name Big Guns signifies the arrival of the biggest vehicles from WWII to War Thunder: the formidable bomber B29 Superfortress, with a wingspan larger than some modern airliners, and the super-heavy tank, Pz.Kpfw.VIII Maus, which weighed an incredible 188 tons. Additionally, the USSR gets the early version of the legendary Il-2 Sturmovik, which has the most detailed armor modelling (30 individual components) on any plane in a flight simulation to date and sets the new standard for future aircraft in War Thunder.

Overall, 14 new planes and tanks join the War Thunder arsenal. Moreover, with Beta-testing for the American tank line-up now complete, all players can use more than 30 US WWII tanks in high intensity battles.

War Thunder ground battles become even more realistic with the addition of different terrains. Now tanks move faster over roads, but drift more and slow down when they hit mud or soil. Adding even more realism, the tanks actually slow down and start to chew up the earth, carving deep grooves in the tank’s path, and of course, this off-road driving affects the vehicles’ appearance, leaving them covered in dirt and dust. Tank warfare becomes hyper-tactical, as the straightest route is not necessarily the fastest one!

Update 1.47 also sees the implementation of in-game items, which players can obtain in a number of ways, including daily login bonuses, special gifts, winning battles and through the in-game store. Players can use them immediately or store them for future use. Examples include boosters for research points for individual players or for the whole team, discounts for particular vehicles, chances to get premium planes or tanks and much more. Wagers are special items that allow players to set some conditions (e.g. several victories in the row) and get a huge reward if they succeed.

Of course, this is not the complete list of new features that Update 1.47 “Big Guns” yields, as there are binocular views and driver cameras for more realistic tank game modes, operable canopies for aircraft, night-lights and contrails for planes and improved performance and graphics quality for low-end PCs. For more details, and to view the complete list of new and improved features, please check the developers’ blog and patch notes.