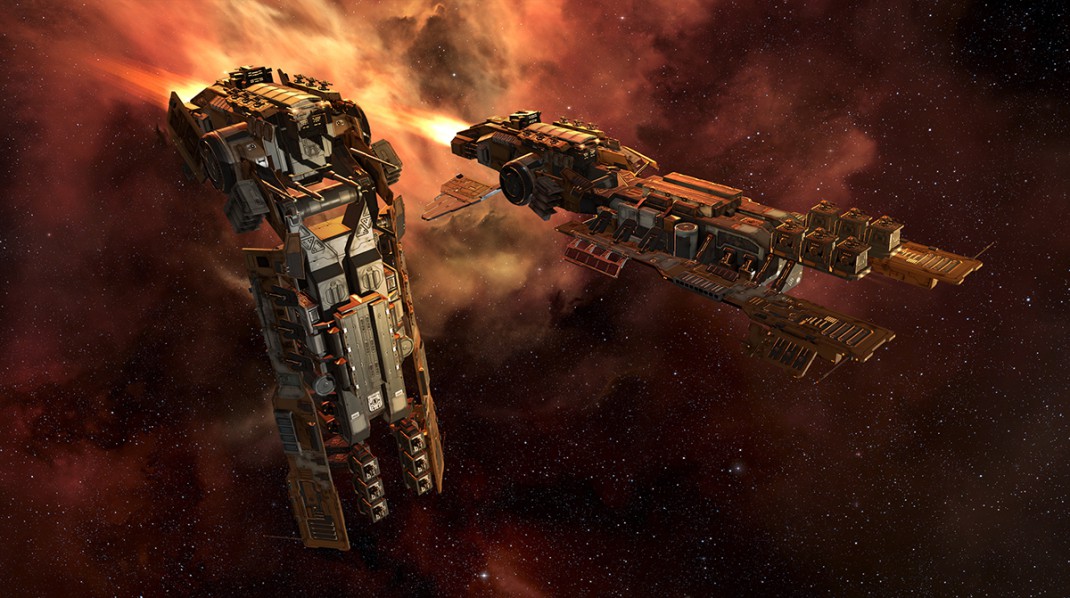 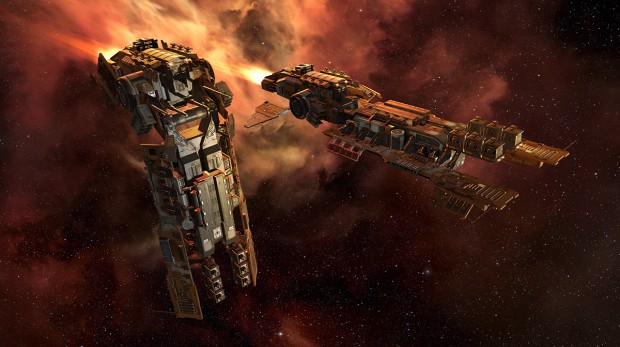 February 17, 2015 — Today Tiamat has followed the Rhea release as EVE Online’s second feature bundle of 2015. Tiamat’s additions to the EVE universe focus on the evolving universe storyline, a new tactical destroyer, improvements to our new physically based rendering graphic system, and changes in corporation tools, projectile weapons and more.

Here are some of the changes in Tiamat:

And, importantly, Tiamat also includes mysterious newcomers to New Eden (pictured) — and other things you have to be in space to discover.
Take care, though: They wield some of the most deadly weapons that aren’t fitted to a Titan-class ship.

Last year, after delivering over 20 expansions in eleven years, the EVE Online development team switched to an aggressive 5-6 week release cadence that has brought more features more frequently to our notorious and loyal assemblage of internet spaceship pilots.

For further descriptions of Tiamat’s features, see this in-development video.