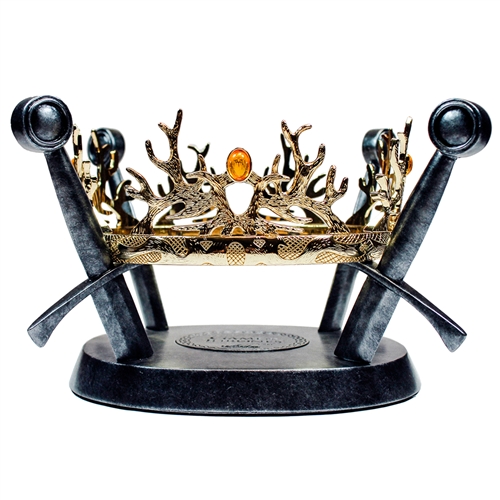 Best known for his international bestselling epic fantasy series, A Song of Ice and Fire, which includes A Game of Thrones, A Clash of Kings, A Storm of Swords, A Feast for Crows and A Dance with Dragons, George R.R. Martin is considered to be by Time Magazine, one of the most influential people in the world.

Factory Entertainment will be debuting its first product at New York Toy Fair, February 14th through the 17th, 2015 (booth #4952), a collectible plush of George, dressed in his trademark fisherman’s cap and suspenders. Featuring 10 exclusively recorded audio quotes, Mr. Martin truly speaks for himself!

A number of other products are currently in development.

“We’re thrilled to have been selected to partner with George R.R. Martin to produce collectibles honoring one of the most iconic contemporary figures in fantasy literature” said Jordan Schwartz, President and CEO of Factory Entertainment. “We cannot wait to debut what we have in store at Toy Fair,” Schwartz continued, “we’re sure that fans of Mr. Martin’s work will love what they see!”