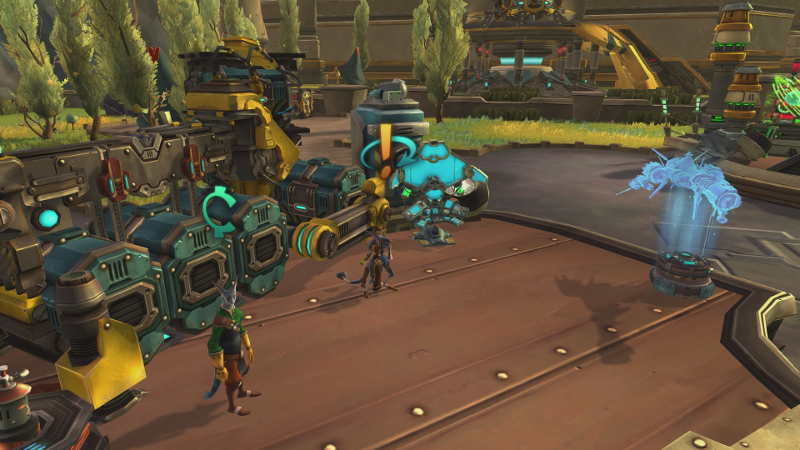 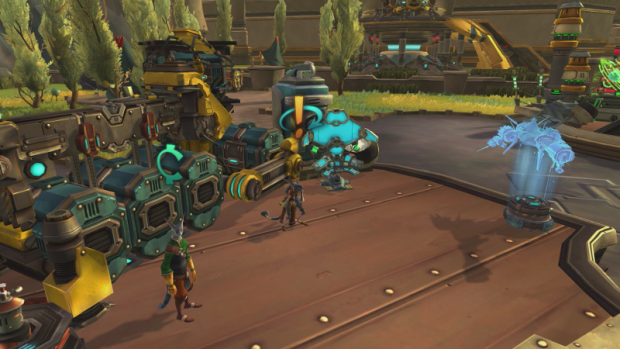 ALISO VIEJO, Calif. (February 3, 2015) – NCSOFT® and Carbine Studios are excited to announce the release of WildStar’s fourth content update – The Protogames Initiative – delivering on the studio’s promise to address player feedback in the first half of 2015. As Mike Donatelli, Product Director at Carbine Studios, outlined in January, “The Protogames Initiative” introduces a range of content for players to enjoy, including a new Shiphand mission and two exciting dungeons. The update also includes veteran versions of all existing Shiphands, enhanced customization options, and quality-of-life improvements to everything from quest flow to itemization.

“They Came From Fragment Zero!” is the newest Shiphand, designed for level six players (don’t worry level 50s, there’s a Veteran mode included). Players can blast off to an asteroid near the moon of Halon to uncover a spooky Eldan facility and investigate the unnerving experiments going on there.  Additionally, WildStar’s existing Shiphands now also feature Veteran modes for level-50 fans looking for challenging encounters and matching completion rewards.

To help the newest players out, WildStar brings the best tutorial on this side of Nexus in the form of Protogames Academy. This level-10 dungeon will teach less-experienced dungeon-goers the tricks of the trade by introducing them to WildStar’s more complex group content mechanics, while also providing a fun experience and access to more support-role gear much earlier in the leveling process.

A challenging new level-50 veteran dungeon, The Ultimate Protogames gives player-contestants the opportunity to battle through Protostar’s most diabolical and deviously devised diversions. In this maniacal game show, players will fight through randomly-ordered rooms making every run of the dungeon unique. The prize for emerging victorious? Eternal glory (and sweet loot).

A new customization system called the “Character Chop Shop” enables players to make all kinds of changes to their characters’ hair, face, and body, and a new housing option give players the tools to change the terrain style of their property. From the dusty dunes of Malgrave to the ice floes of Whitevale, players have more control over the look of their plot than ever before. And the new Underground Bunker House will let you get the most out of your available space by putting your living quarters deep beneath the surface.

To learn more about all of the updates that went into “The Protogames Initiative,” including changes to the Datascape raid, renown vendor itemization, and more, visit: http://wildstar-online.com/en/news/2015-02-03-initiate-fun-with-the-protogames-initiative