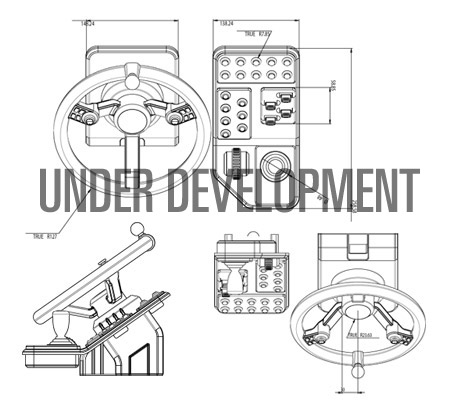 San Diego – December 16, 2014 – Mad Catz Interactive, Inc. (“Mad Catz”) (NYSE MKT/ TSX: MCZ) announced today that it has teamed up with GIANTS Software to develop official, licensed simulation products for the Farming Simulator series of games on PC.  The products will be compatible with Farming Simulator 2013 and 2015 as well as subsequent versions of the popular series.

The new range of hardware is expected to ship in time for Holiday 2015 and will be released under the Company’s Saitek simulation brand.

“Mad Catz’ Saitek brand has long been the market leader in developing peripherals for flight simulation and is synonymous with precision and quality.  We are excited to bring the same level of engineering and realism to the farming simulator genre.  GIANTS Software has created a much loved simulation that has a loyal and passionate fan base.  Mad Catz is confident that the farming simulator community will embrace Saitek hardware, which we believe will bring an added dimension of realism and immersion to farming simulation,” said Darren Richardson, President and Chief Executive Officer of Mad Catz. “We are focused on expanding the range and reach of our Saitek brand and working alongside GIANTS is a positive step in that direction.”

“Farming Simulator has been a runaway success for GIANTS and is now the best-selling simulation game in the world”, said Christian Ammann from GIANTS Software. “We are excited to partner with Mad Catz on the creation of dedicated peripherals for Farming Simulator”.