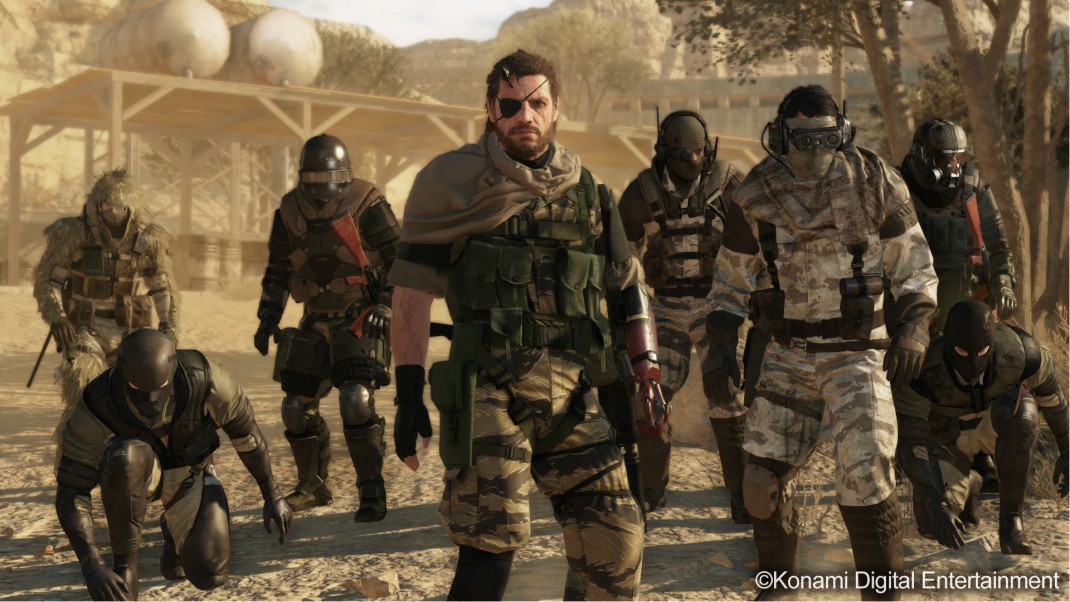 El Segundo, CA – Konami Digital Entertainment, Inc. has shown the first footage of METAL GEAR ONLINE, while also confirming that the multi-player content will be released as part of the highly anticipated METAL GEAR SOLID V: THE PHANTOM PAIN.

METAL GEAR ONLINE is a dedicated multi-player mode that segues into elements of the main game and will be included with the single player campaign in METAL GEAR SOLID V: THE PHANTOM PAIN at no extra cost. KONAMI showed METAL GEAR ONLINE in a four-minute debut trailer, aired during The Game Awards show held in Las Vegas and streamed online on December 5th.

METAL GEAR ONLINE represents the third iteration of the popular multiplayer game, newly redesigned with the familiar gameplay and aesthetic styling of its companion single-player campaign METAL GEAR SOLID V: THE PHANTOM PAIN. With a focus on Tactical Team Operations, the game features a ‘class system’ that more uniquely defines the strengths and abilities of player characters on the battle field. Key characters from the series including Venom Snake and Ocelot will also make appearances in the anticipated multiplayer feature. Further information regarding the development and content of METAL GEAR ONLINE will be unveiled approaching launch. Fans can also follow twitter.com/metalgearonline and facebook.com/mgs for more information.